Following our focus on artists whose paintings centered on conservation and preservation, we feature the early Taos, New Mexico, painter and printmaker W. Herbert Dunton. He was passionate about preserving the vanishing spirit of the Old West in his oil paintings, murals, and lithographs. Dunton grew up working as a ranch hand and cowboy, studied at the Art Students League of New York, created illustrations for major magazines, and ultimately struggled with ﬁnancial and health setbacks during the Great Depression. 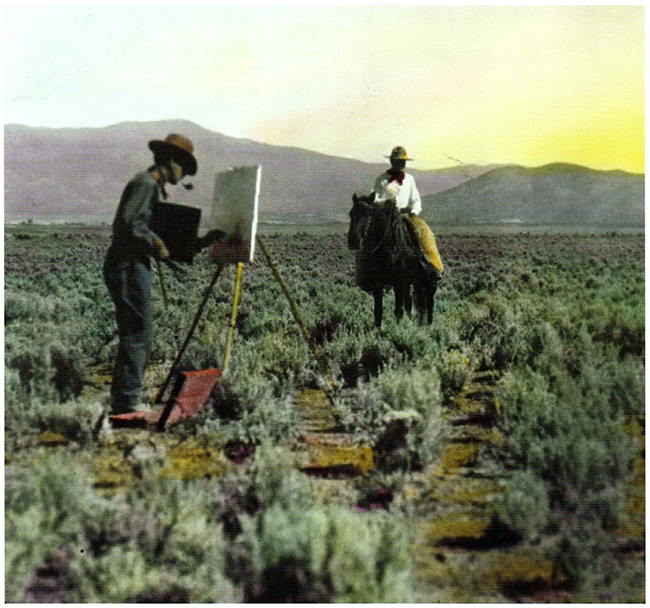 Dunton is shown in this hand—tinted photograph working in New Mexico on a plein air painting of a cowboy on horseback.