Go Straight to the Source: Shop American Classics Inspired by the Fall Collections 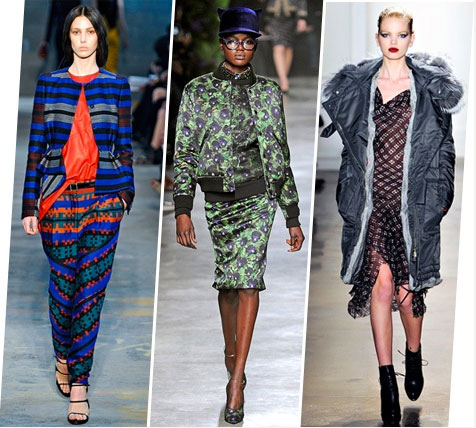 Zoom in on the mood boards of fall 2012 and a few things become clear: Designers were inspired by the kind of American classics often found idling in the closet, languishing in an the attic—or as Proenza Schouler would have it—hanging from the living-room wall. Jack McCollough and Lazaro Hernandez embarked on an epic road trip through the Southwest this season, picking up intricate Native American rugs along the way. Their exquisite spiral-cut dresses bear all the hallmarks of woven Navajo textiles or “chief blankets,” and some of the earliest examples date back to the mid-1600s. New Mexico–based art dealer Mark Sublette has been collecting Native American works for the past eighteen years and his e-gallery is one of the few resources for antique, one-of-kind pieces you’ll find online. (Note to textile nerds: The geometric patterns referenced by McCollough and Hernandez resemble what’s known as Third Phase, a style popular between 1860 and 1880.) Museum-worthy source material, indeed. 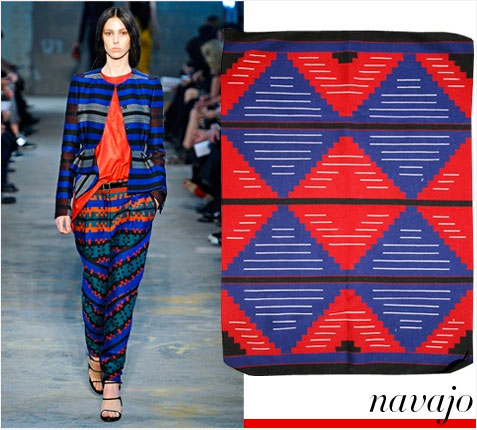 The lush hibiscus and palmetto fronds featured on Givenchy’s runway in Paris were just as close to home, if home happens to be a beach house in Honolulu. Known as the Brooks Brothers of the Pacific back in the 1960s, Reyn Spooner  has been heading up the Hawaiian-shirt revival for men since relaunching last year, and its recent co-ed collaboration with Opening Ceremony will no doubt encourage a move towards Aloha Fridays among downtown urbanites. For a comprehensive selection of the original tropical prints for women, Hawaiian Shirts Inc’s online catalog is authentic and exhaustive as they come. Choice sartorial foliage includes Taro leaf sundresses, black orchid flower tanks, and Seni Paki shirts.

Perhaps the most ubiquitous (and relentlessly utilitarian) item of them all, the parka was in full force for fall with the likes of Joseph Altuzarra, Sacai, and Vera Wang riffing on the army staple. Alpha Industries is one of several manufacturers who have been outfitting the U.S. military for the past 50 years, and their iconic M-65 field coat became a favorite after the Vietnam War. First worn by Navy fighter pilots in the 1950s, the MA-1 flight jackets hit the mark this season with that familiar and eye-catching orange lining. There’s also the N-2B parka, a jacket that’s been adapted from the original to include a faux fur–trimmed hood. As it happens, getting close to this source won’t require rifling through the dusty bins of your local army surplus shop anymore: Each of the classic reissues is archived at their online store.