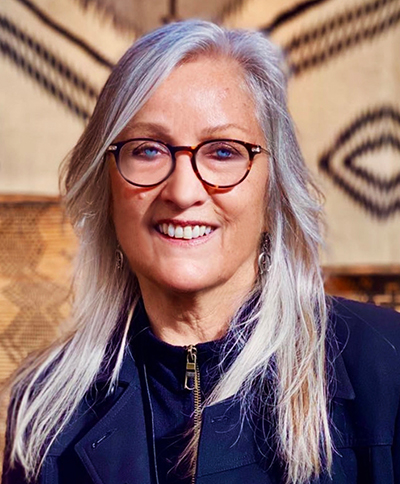 Victoria Roberts, a Los Angeles native living in New Mexico, has worked professionally in a variety of arts including animation, graphic art, wood and ceramic sculpture, and assemblage. She was brought up in an artistic family, her father, (John D. Wilson), was an artist and animator and was devoted to nurturing his children’s artistic abilities.

In the early 70’s, Victoria learned the art of hand-painting animation cells and contributed to several animated segments for television including; The Sonny and Cher Show, The Carol Burnett Show, and worked on animation for films such as Grease and Shinbone Alley. She also had the opportunity to study art at Sir John Cass College of Art in London, learning the foundations such as life drawing, printmaking, still life drawing and painting.

By the 1980’s, Victoria was working in ceramic and wood sculpture, exhibiting in galleries across the country. It was during this time that she was first introduced to and fell in love with the idea of using found objects in art, and studied under Assemblage artist Ron Robertson in Santa Barbara.

After years of working in the antique and art business, her focus inevitably turned back to assemblage art. Her current works are infused with her lifelong devotion to art, with the inspiration she gained from her experience in both the art and antique worlds.

Victoria Roberts artwork is collected both nationally, by acclaimed gallerists and collectors, as well as internationally, with collectors in France, Spain, Germany, Honk Kong and Japan.