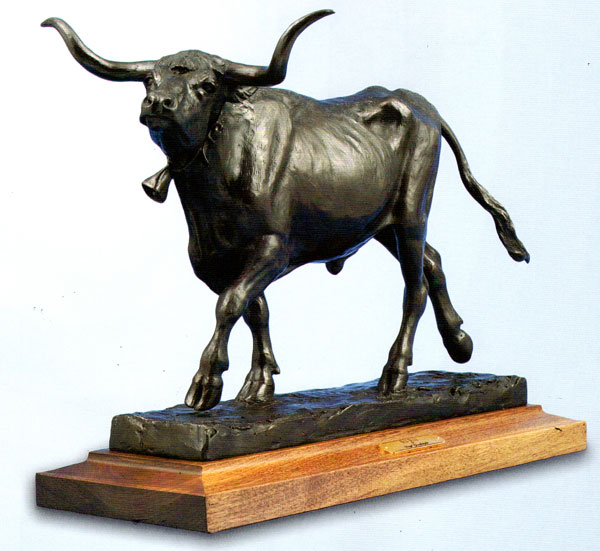 The art of Veryl Goodnight has the power to elicit strong emotions - from her important historical works documenting different stages of the confident pioneer woman to her incredibly detailed, beaming with personality, wildlife pieces - her prolific career spans four decades and perfectly complements her two passions: animals and the American West.

In July, Medicine Man Gallery in Santa Fe celebrates her lifework with a show, sale and special book signing. Goodnight will be in the gallery July 23, 5-7 pm, to sign copies of her new book, No Turning Back: The Art of Veryl Goodnight. The 216-page book has over 241 images and provides, in her words, stories about the animals, landscape and history that have influenced her work, as well as social influences of her generation. Plus the entire process of creating a monument from clay through casting is illustrated and explained in detail. 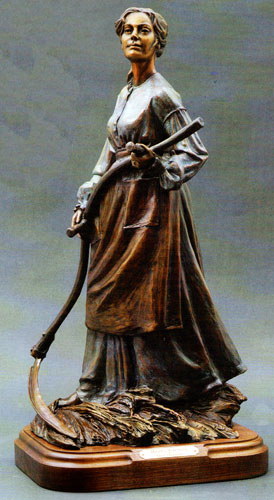 "The book you hold in your hands is the honest and open story of Veryl Goodnight's journey as a person and as an artist," says James Nottage, chief curatorial officer of the Eiteljorg Museum of American Indians and Western Art. "One should contemplate, however, not just how her work has grown and developed over the years. The personal story since the early 1970s runs in concert with pivotal years in the story of the field in Western art itself." 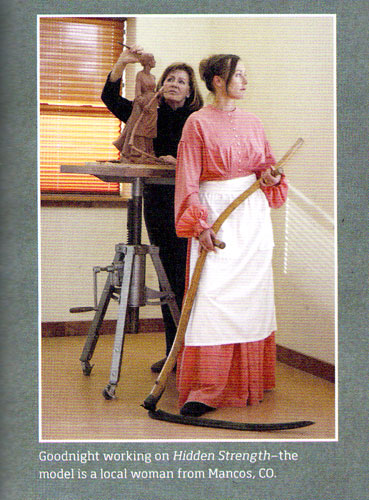 The book's introduction by Christine Mollring, owner of the Trailside Galleries from 1971 to 1994, reminiscences about gallery life and Goodnight's early career. Western history enthusiasts will find a treasure of little-known facts about the lives of Col. Charles and Mary Ann Goodnight in an essay by B. Byron Price. Additionally, Goodnight's husband, Roger Brooks, relives the saga and challenges of placing The Day The Wall Came Down, a seven-ton monument to freedom in Berlin, Germany, and at the George H.W. Bush Presidential Library.

"The book took a better part of a year to put together," explains Goodnight from her studio in Mancos, Colorado, on break from working on a new sculpture. "My career spans four decades, so we had to reshoot a lot of pieces from earlier years."

One of her newest bronzes, titled Hidden Strength, shows a 1860s pioneer woman leaning on a scythe. The model was a local Mancos woman whom Goodnight spotted and immediately knew she wanted to use as a model.

"The dress that she is wearing in the sculpture is the same that was used on the pioneer woman on the book cover - No Turning Back­," says Goodnight. "It is an exact replica of the dresses that would have been worn by the women going down the trail." 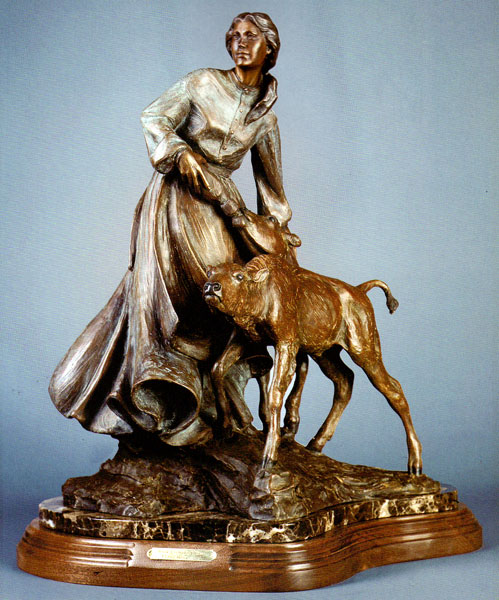 Though the same dress as in No Turning Back is a young woman, 16, and that sculpture is about the concerns and fears of going down the trail. Hidden Strength portrays an older woman with a single gold wedding band.

"That opens up the imagination to what the story is," says Goodnight. "She is in a field of wheat, leaning on a scythe - very proud.  Her head and posture is strong."

Ready to Ride portrays yet another interesting time period - 1910 - and reflects a confident young woman in a split skirt. But the sculpture is much more than getting on a horse...this woman is ready to do anything.

"During this time in 1910, women's rights and clothing went hand in hand," says Goodnight. "It was very progressive for a woman to give up Victorian clothing and corset...the split skirt was a stepping stone. Women could now ride much more safely, and wouldn't offend others around them. In fact, one of the biggest controversies in Washington during the real push for women's voting was by riding in a split skirt...so scandalous."

Another work available at the Medicine Man Gallery show will be Old Blue drips with confidence, bell swinging - a natural leader. "I had a wonderful model, Gordy, to work with," says Goodnight. "Gordy stood in for Old Blue and I was able to touch and pet and measure and work with him/"

There will be up to 15 new works on view and for sale during the show.