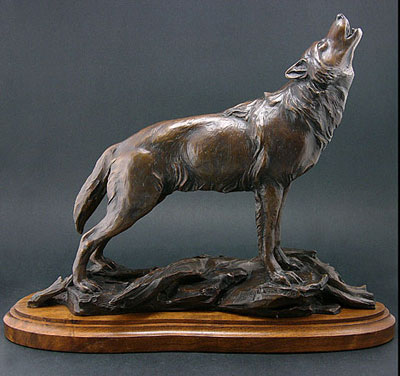 Veryl Goodnight and her husband, Roger Brooks, live in the mountains of Southwest Colorado, between Durango and Mesa Verde National Park.  The dramatic landscape, abundant wildlife, and ranching community provide endless inspiration for both sculpture and painting. 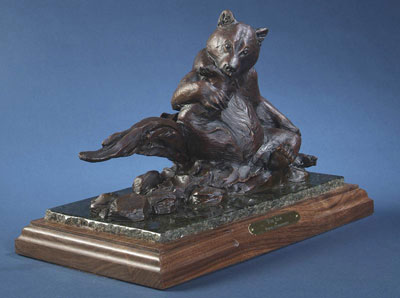 The essence of Veryl’s work is a result of working from life.  Her sculpture studio is at the end of the barn and includes a “model run” to the west and an overhead door between the studio and the barn aisle.  Veryl is spending more and more time painting outdoors. Her painting studio, which is in the house, provides uninterrupted views and frequent wildlife out of every window. 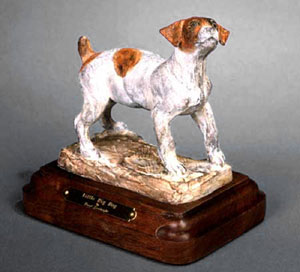 Veryl has monuments across the United States and in Europe.  The most notable is “The Day The Wall Came Down”, a seven-ton sculpture of five horses jumping over the fallen Berlin Wall.  The United States Air Force flew this monument to Berlin, Germany in 1998.  A sister casting is permanently located at the George H. W. Bush Memorial Library at Texas A & M University. 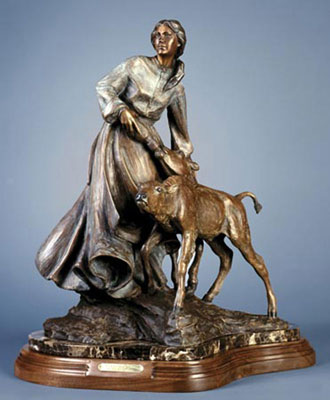 Veryl’s work has been profiled in many books and her work has been featured in all major American art magazines.  She exhibits in prestigious shows, such as Masters of the American West, Los Angeles, CA; Cheyenne Governor’s Invitational, Cheyenne, WY; Quest for the West, Indianapolis, Indiana; the Northwest Rendezvous, Helena, MT; and Cowgirl Up in Wickenburg, AZ.  Veryl is a Fellow of the National Sculpture Society. 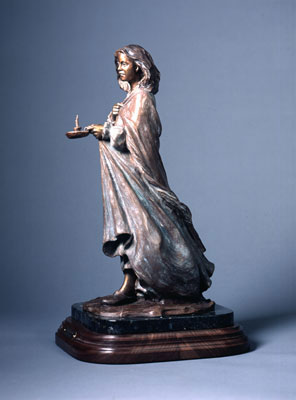 2011 was a banner year for Veryl, as the Gilcrease Museum in Tulsa, Oklahoma honored her with a 40-year retrospective exhibit.  A book titled “No Turning Back – the Art of Veryl Goodnight” was released.  Her sculpture, “Ready to Ride”, was given the Best of Show at Cowgirl Up which is held at the Desert Caballeros Museum in Wickenburg, AZ. The life-sized sculpture of “A New Beginning” was installed in Cheyenne, Wyoming and another casting was purchased for the new Colorado History Museum in Denver, Colorado. 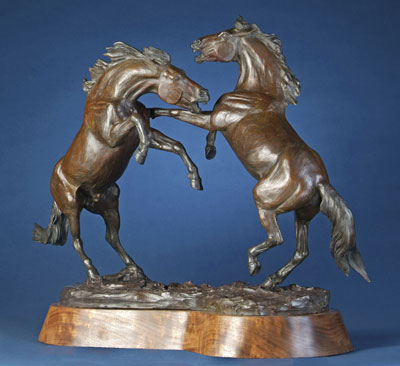 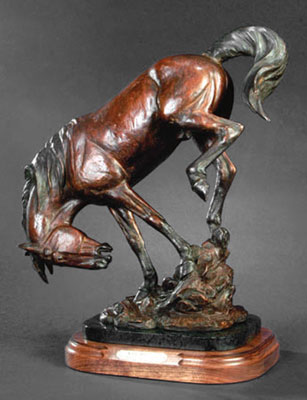 "Animals are my greatest source of joy and inspiration. Roger and I are now the proud owners of two Alaskan Huskies, dogs that have evolved as supreme partners to man; born to run and born to pull. Rosemary (black) and Sasha (blonde) are litter mates descending from a long line of huskies that have delivered mail, carried miners gear, rescued lost travelers, and participated in the 1925 “Great Race of Mercy,” relaying a diphtheria antitoxin across Alaska to Nome and saving this remote community from a diphtheria epidemic. More recently, the ancestors of my huskies are part of a resurgence of recreational mushing, participating in widely publicized races such as the Iditirod; a 1,049 mile race from Anchorage to Nome. Mechanized transportation almost brought about the world wide extinction of sled dogs as a mode of transportation, however, a snow mobile can never replace the companionship and loyalty of a dog. Sled dogs are back to stay and they have run and licked their way deep into my heart and are certain to inspire many works of art." - Veryl Goodnight 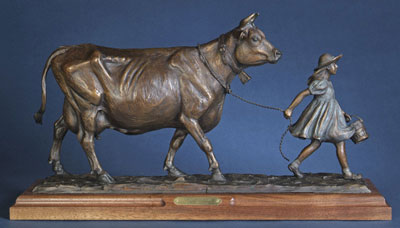