Thomas was born in 1953 to Betty & Pete Natseway of Laguna Pueblo. He is one of 11 children. His father was a pipefitter, and the family moved to Dallas, where Thomas spent 11 of his formative years. Thomas worked as a journalist in the early 1980s. While interviewing the Acoma potter, Charmae Shields, he fell in love, married, and moved to Acoma Pueblo. Thomas credits Charmae and her mother, Ethel Shields, for teaching him the traditional way of making pottery.

Thomas makes amazing miniature replicas of Native American pottery. He uses native clay and pigments. His creations range in size from ¼ to one and ¼ inch in height and diameter. He became very interested in reproducing miniature prehistoric and historic pottery after researching old Mimbres, Hohokam, Sikyatki and Anasazi pieces. Thomas also uses contemporary design motifs on many of his pieces. His work resides in the Denver Art Museum, San Diego Museum of Man, Albuquerque Art Museum, and the Smithsonian Institute.

Thomas shows at the Heard Museum show and Santa Fe Indian Market and can be found in many Native American galleries. 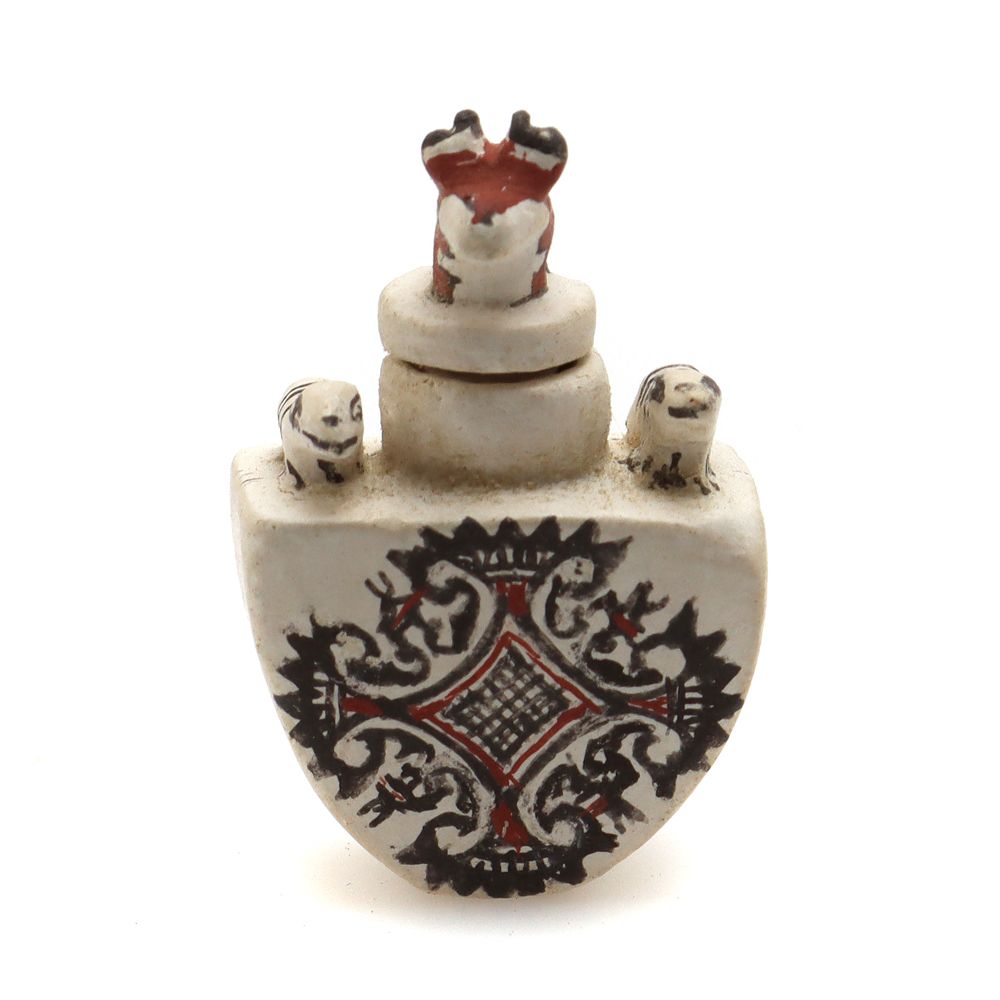