Teresita "Apple Blossom" Naranjo is from the famous Naranjo and Tafoya potting families of Santa Clara. She was born in 1919 and learned pottery making from her grandmother, Serafina Tafoya, and her aunt, Margaret Tafoya. She will always be celebrated as one of the finest Pueblo potters. Teresita married Joe Naranjo, and they had four children. Sadly when her oldest was 12, Joe died. Fortunately, she was able to raise her family on her own by selling her beautiful pottery. Teresita began potting in the early 1930s in the traditional way using native clay, coiling, hand carving, polishing, and firing outside. One of her favorite designs was the Avanyu (water serpent). She loved making pottery and excelled in creating large jars, pots, bowls, wedding vases, as well as small and miniature pieces. Teresita was one of the few potters who would polish the inside of her open bowls, which is extremely difficult to do. Her work is in both black and redware. The walls of her pottery are very thin considering how heavy and dense Santa Clara clay is. Teresita was very prolific; she signed her pieces, "Teresita Naranjo."

Teresita's work is highly sought after and resides in numerous high-end gallery collections. She participated in shows at the Maxwell Museum of Anthropology in 1974, the Popovi Da Studio of Indian Arts Gallery in 1976, the "One Space/Three Visions" exhibit at the Albuquerque Museum in 1979, the big Sid Duesch Gallery show in New York City in 1985, and the Harris Collection show at Blue Rain Gallery in Taos, New Mexico in 1998. The Heard Museum in Phoenix also has a collection of her works on display. Teresita passed in 1999. 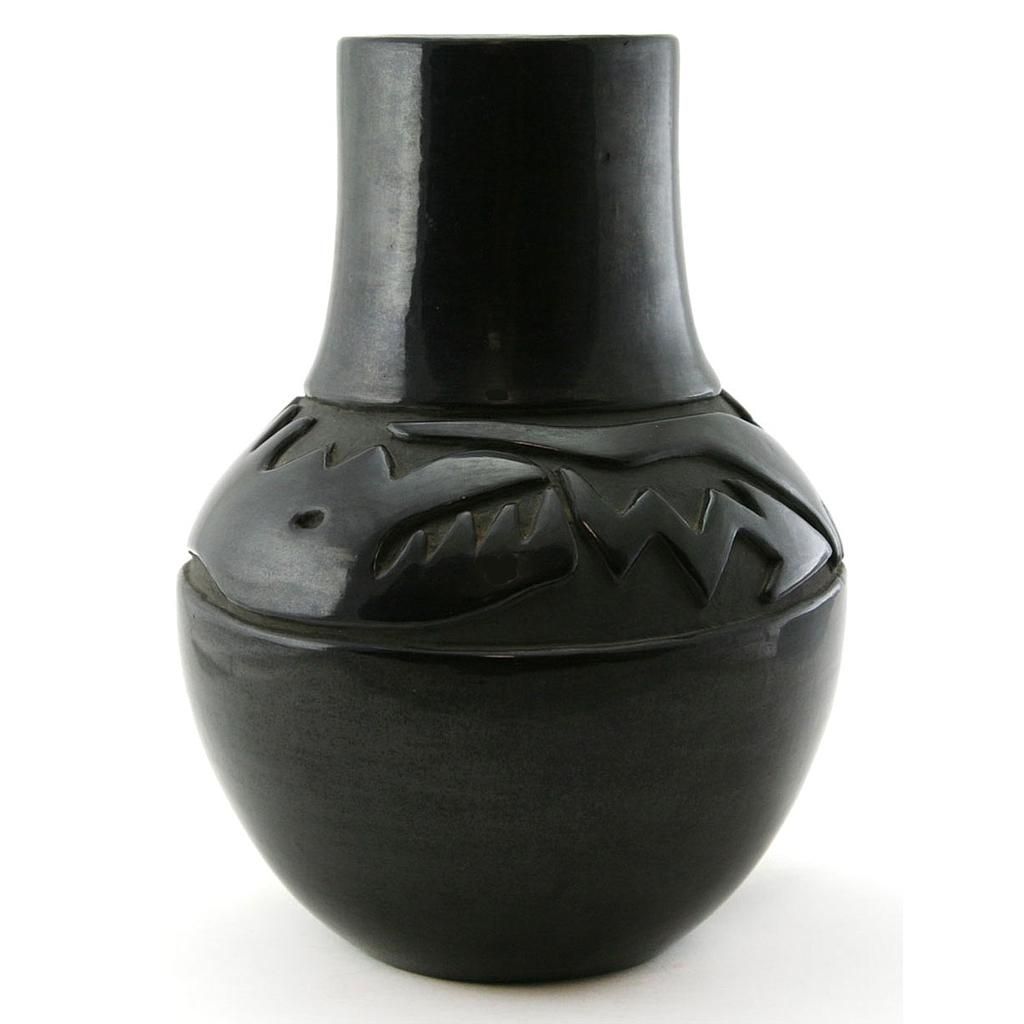