Stephen C. Datz: Above and Beyond

“For this particular show, I started a lot of canvases all at once. Normally I might have two or so going that I can switch back and forth from,” he says. “I decided to put all the ideas down and just see where they went.”

Opposite from his usual process, this allowed Datz to learn early on which ideas stuck, while also giving him a better sense of how, ultimately, the works would all come together. 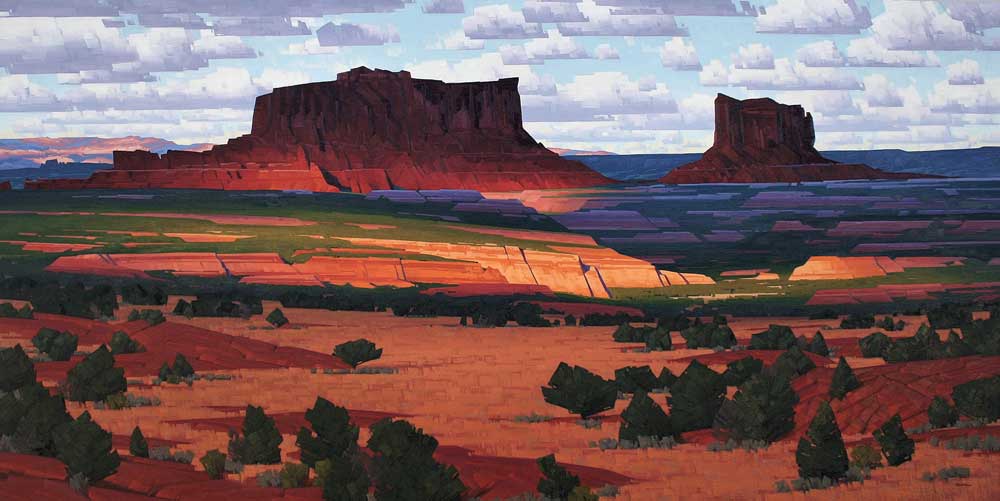 “It was very different from my normal routine, which is a very mixed bag,” he shares. “It’s been a great learning experience because large paintings kind of have a life of their own. No matter what you set out to accomplish, there’s a dialogue going on and you have to trust that. It’s like the old saying ‘Sometimes you have to go slow to go fast,’ and that is very much what I’ve been learning during this experience.”

As a result, the large-scale works give nuance to the awe-inspiring landscapes they portray. While Datz found it difficult to scale down the works, he was able to do just that in a way that emphasizes the shapes and colors that make up each composition.

“These paintings, kind of like the spectacles they portray, take a lot of time—it always surprises me how much time,” he says. “My learning curb with this particular show has been to let it be simple...let certain parts be simple. I hope collectors can see that there are big ideas here. There’s really been an effort to leave some space for the viewer’s imagination to fill some things in.”

As for how Datz decided what, exactly, to paint, he stayed true to his roots.

It’s the “wow factor,” as Datz puts it, that happened when he was first inspired to paint Each But Once in a Lifetime (and every other work in the series). 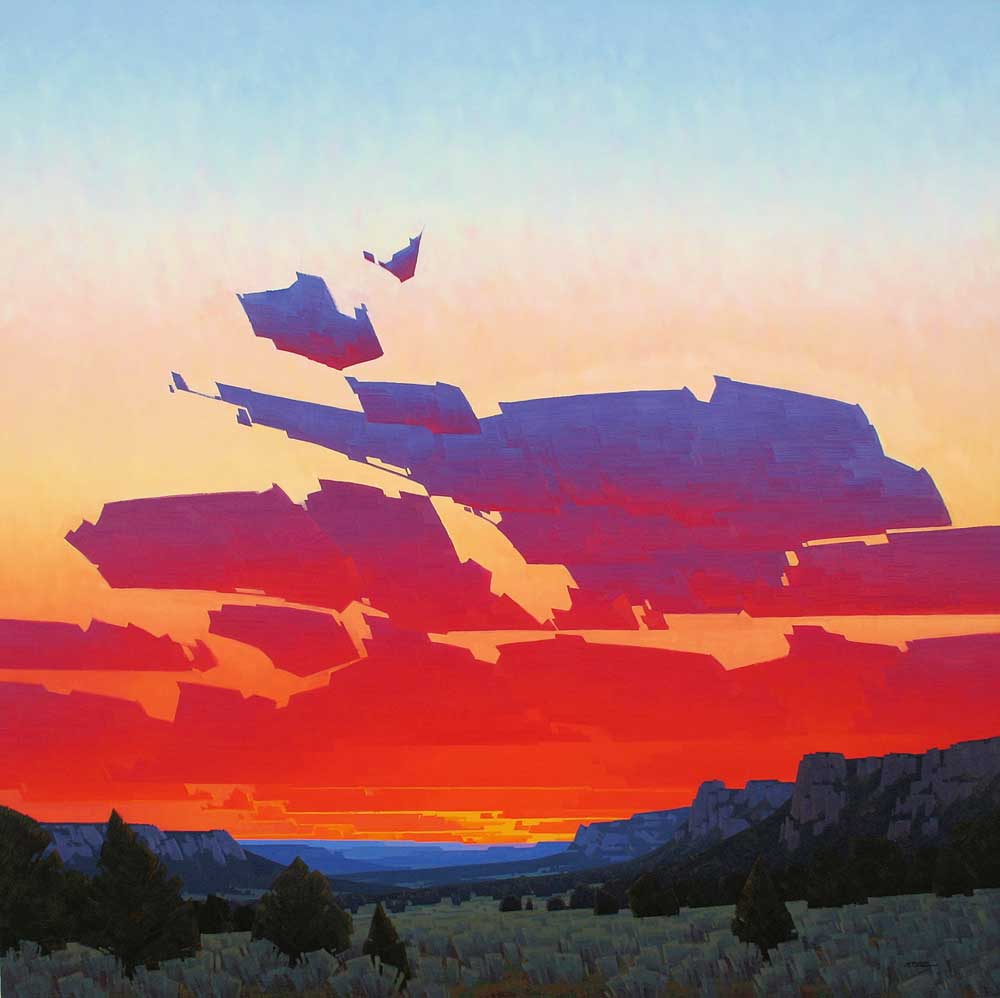 “We have some incredible skies out here in Western Colorado and this was one of those evenings when I looked out and thought ‘Holy crap, this is amazing,’” he explains. “The idea for the title came from something I read/heard many years ago, ‘We tend to take the sky for granted as a constant.’ It’s always there, and we don’t always pay a lot of attention to it. But the fact is, the sky is so dynamic and always changing. You will never see the same sky twice in your life.”

Canyons, Buttes, & Beyond will be on view from January 17 through February 7, with an opening reception with the artist on January 17 from 5 to 7 p.m. A handful of corresponding studies will be available for purchase in addition to the featured works. —