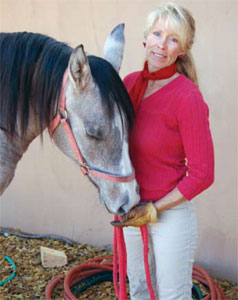 Like a weaver tells a story by intertwining threads, renowned sculptor Star Liana York relays a story through her bronzes. Her latest series continues to focus on Native American people because that culture holds a special inspiring place in York's heart. In fact, many of her sculptures are based on women she knows and experiences they share with her.

The Fabric of Life suite encompasses the four seasons with a bronze for spring, summer, fall and winter. The statues also simultaneously tell the generational story of a woman as she progresses from a young girl tending her sheep, to a mother showing her children how the sheep's wool is woven into a rug, to a grandmother proudly displaying the finished blanket, and finally, to an elderly woman being wrapped in the warm masterpiece she created in her youth. 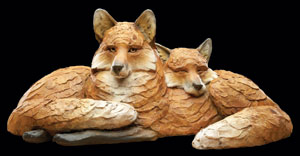 York's newest sculptures continue the Fabric of Life theme and can be found at Medicine Man Gallery in Tucson, Arizona. One new addition, To Market, features a Navajo woman on horseback carrying three rolled up blankets to sell at the local marketplace. 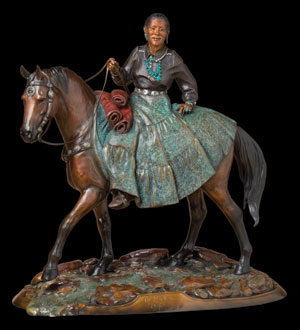 "It tells the story of the importance of weaving Navajo rugs and blankets in their lives," York explains of the piece. "To Market evolved as part of the series of Fabric of Life in that it was inspired by a Navajo woman I met, Mona Laughing, whose generational experience was interesting to me. It used to take her grandma, her mother and herself a year to do an ornate blanket, and every year she would take three blankets into the Indian Market in Santa Fe to sell them . . . Now her teenage daughter is learning to weave." 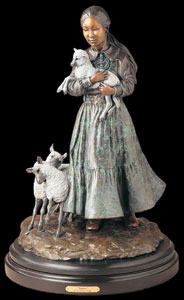 Deeply inspired by Native American culture, York molds her sculptures into vessels that celebrate who they are and what they do with their lives and how their art becomes part of their identity.

"I think that's worthy of celebration and that's what I to do as a tribute to who they are," she explains. 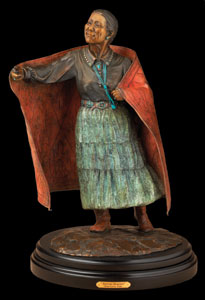 York consistently works on new pieces, keeping collectors in a state of anticipation. A resident of Santa Fe, New Mexico, she says she's inspired by the Southwest and her surroundings, where many master weavers live, as well as the symbolism worked into their weavings.

"The Navajo take such pride and have such a high level of mastery of the art," she says. "I'm also inspired by how central to their lives it is." 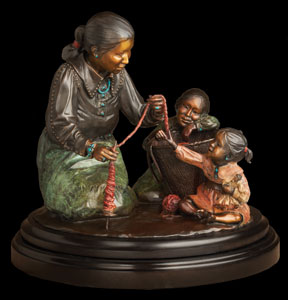 York is known as much for her talent as she is for the variety of pieces she creates, which include wildlife, ancestral, Western, equine, Native peoples and spiritual liaisons. A prominent sculptor, York continues to show her work in numerous galleries and museums around the country. 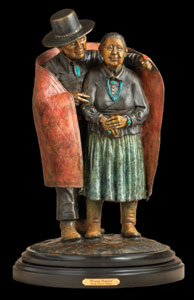 "At this stage of my life I hope there's an apparent connective thread that runs through my work. I do various styles and subject matter from wildlife to talisman series to rock art series," York explains. "What I like about moving through different styles is it continues to challenge me and I want to express what these inspiring things do for me and what it is that resonates in me that can be expressed in and through my art."

Her wildlife sculptures represent her most recent departure in genre. Many of these pieces incorporate animals she encounters near her home along the river, such as mountain lions and bobcats. 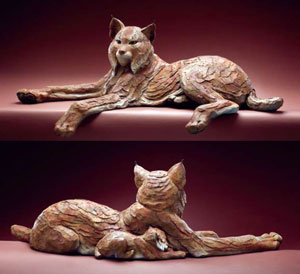 During the creative process of sculpting wildlife, York says she wanted to achieve a unique surface texture.

"I've worked out a different process in rendering the fur using a palette knife that makes the surface more active and dynamic," she explains. "Because I like to present animals in some sort of repose, I chose to have the focus not on their movement but on the energy that comes from their personality. Given that, the piece can feel a little lifeless, so I've found it works best to energize that surface by making it very loose and not too over sculpted." Instead of using models for her vast creations, York says she delves into her consciousness for material. 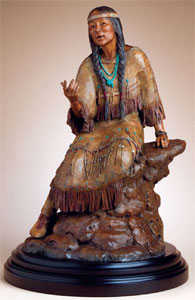 "I don't use models because it influences too much what one sculpts," she says. "I never know who's going to be that character that comes out in the face of one of the women or an animal's face. That's incredibly satisfying and something I work toward whether it's horses, people or animals. There's a presence that happens when you look at a piece of art. There's energy there."

Such energy attracts a broad spectrum of both established and novice collectors to York's work.

"What I hear mostly is people appreciate the attention I give to facial expressions . . . that I take a lot of care in the faces and creating that sense," York says. "When you have a sculpture that you feel there's another being there that they can relate to that doesn't diminish with time. That tickles me the most to hear." 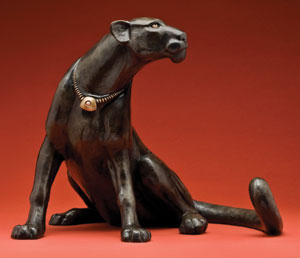