Sandra Victorino was born in 1958 at Acoma Pueblo to Pearl and David Leno. A member of the Eagle and Acorn clans, Sandra grew up with a world-class family of potters around her. She recalls watching Lita Garcia (her grandmother), making pots at her home, but says her aunt Dorothy Torivio, was the one responsible for introducing her to the Clay Mother. Dorothy would go on to teach Sandra the traditional Acoma methods of forming and decorating her pottery. Each piece is coil-built and then painted with bee weed, a plant used to create the black (or brownish) designs against the white clay. The red is a native clay slip.

Sandra has been producing pottery for more than 30 years and has developed her own style of “Op-Art”, where designs get larger and smaller on the pot reflecting the shape of the pot. She has also made a signature of her unique style of seed pot with tall necks. Her son, Cletus, Jr. is also a potter.

Victorino has won first, second, and third place from Indian Market in Santa Fe, awards from the Guild Indian Art Fair at the Heard Museum, and even the Eight Northern Pueblos Arts and Crafts Show. 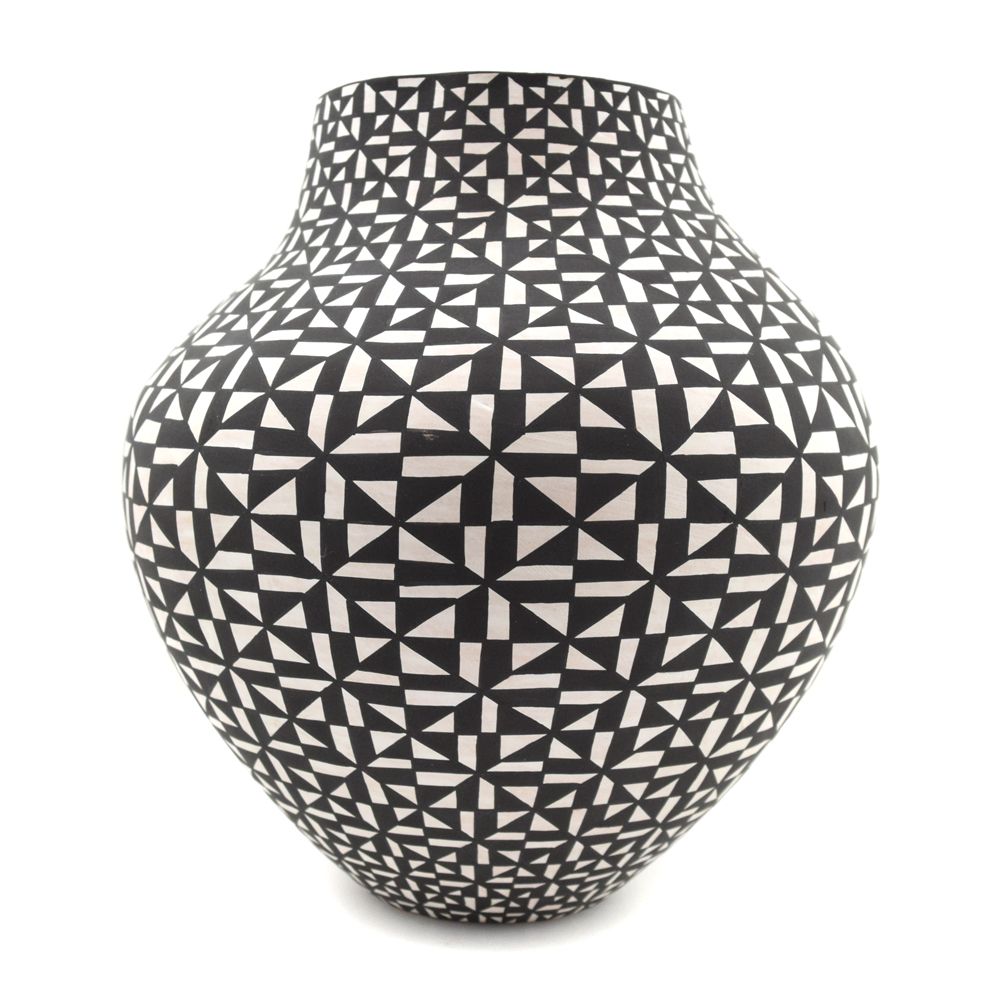