Russell Sanchez is one of the master innovators in Pueblo pottery today. He is famous for his unique and expertly crafted pieces of pottery. He began potting at the age of 13 under the tutelage of his great aunt, noted potter and pottery matriarch Rose Gonzales (1900-1989), with Tony and Popovi Da and Dora Tse Pe as important influences.

He is known for precision in stone polishing and incising, and uses the highest grade turquoise and heishi shell in many of his pieces, along wit the creative use of silver and gold leaf in his designs. Anita Da (Popovi Da's widow) took note of his work and told him: "I want you to start bringing me stuff". Anita sold pottery out of her gallery on San Ildefonso and his pottery career really began to take off. After a while he also began working with Dora Tse-Pe, Rose's daughter-in-law, and from her, he learned how to refine his process and attain a more perfect product.

Russell has won many awards over the years, including several 1st and 2nd Place ribbons at the SWAIA Santa Fe Indian Market, the Eight Northern Pueblos Arts & Crafts Show, and the Heard Museum Guild Indian Fair & Market. Collections of his work can be found at the Millicent Rogers Museum in Taos, New Mexico, the Museum of Natural History in Los Angeles, the Smithsonian Institute in Washington, DC, the Museum of Indian Arts & Culture in Santa Fe, New Mexico and the Heard Museum in Phoenix, Arizona. In 2017 Russell was awarded the 2017 Governor's Award for Excellence in the Arts. His work consistently sells out at the opening night and Indian Market and as soon as a piece arrives in a gallery it is sold. His work remains on a continued path of excellence and creativity. 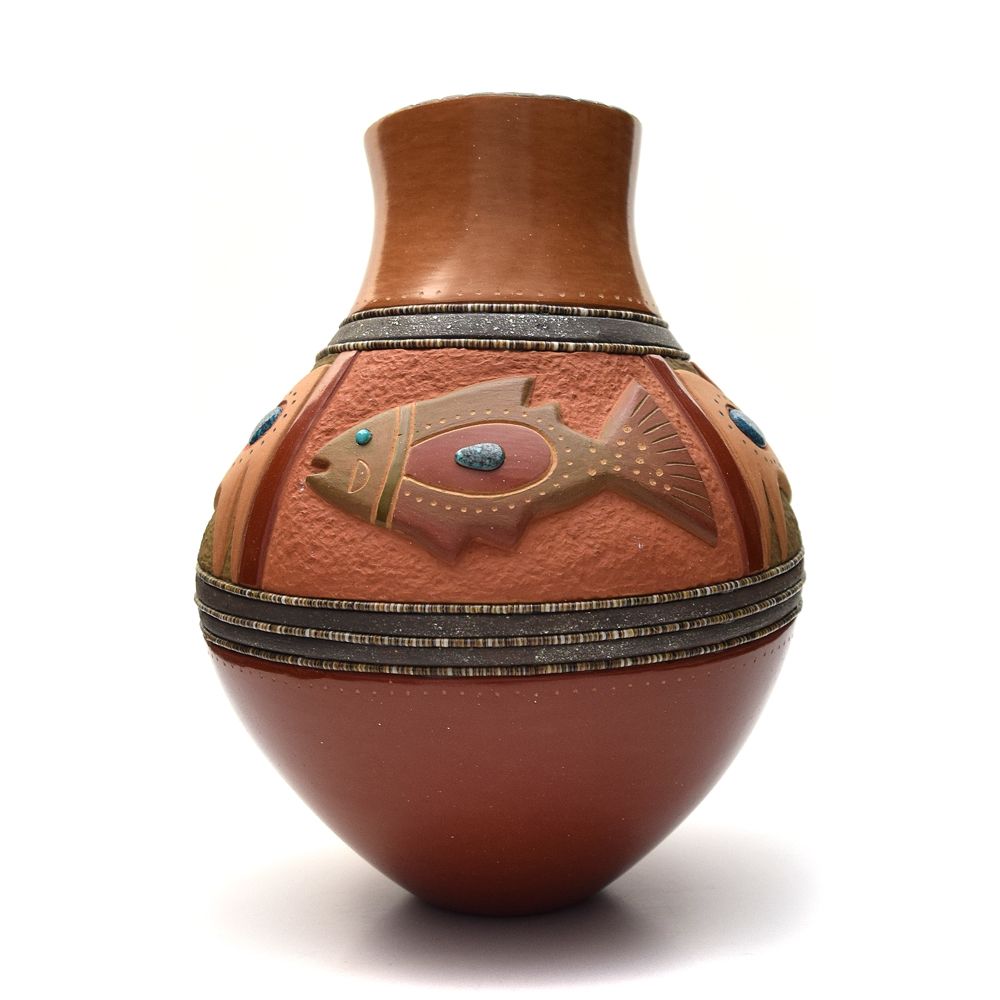