Rose Gonzales was born in 1900 at San Juan Pueblo. As a child, she and her sister, Pomasena were educated at the Santa Fe Indian School and were there when their parents died during the flu epidemic of 1918. They were then returned to San Juan and adopted by Mary Cata, a female relative. Rose married Robert Gonzales, San Ildefonso, and she and her sister moved to that pueblo where Ramona Sanchez Gonzales, her mother-in-law taught her to make pottery.
Rose was one of the innovators of deeply carved pottery at San Ildefonso. She used a sharp knife and chisel to carve her pots. She perfected her technique when she began sanding the edges to create a "cameo" style giving her work an easily recognizable and very distinctive look. Rose made black and red bowls, wedding vases, cylinders, plates, bird effigy bowls using cloud, bird, kiva step, heart line bears, thunderbird, and Avanyu designs.
Rose passed her knowledge on when she taught her son Tse-Pe and his wife Dora, who went on to make traditional and two-tone black and Sienna pottery. The two-tone technique involved two firings to create the sienna effect on otherwise black pots. She is also the great-aunt of Russell Sanchez, who has become famous for his unique style of pottery. Her work was shown at numerous venues over the years such as SWAIA, Eight Northern Pueblos Arts Show, Gallup Intertribal, and the New Mexico State Fair. Rose died in 1989. 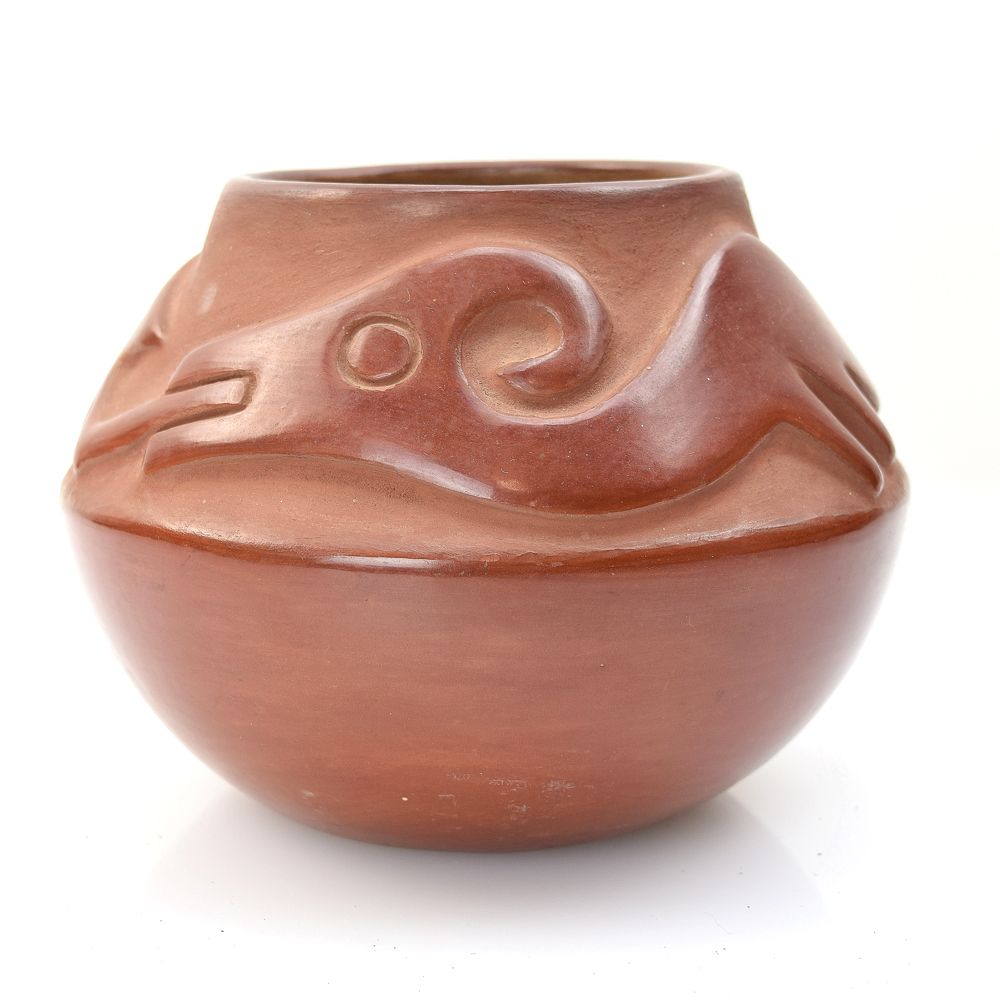