Master contemporary jeweler Richard Chavez is known as one of the finest lapidarists in the American Southwest. He was born in 1949 in the conservative village of San Felipe Pueblo, in New Mexico.

Initially, Richard trained as an architectural draftsman through Daughon’s Business College, in Dallas, Texas. He later took classes at the University of New Mexico. In the early 1970s, he worked as a draftsman for architect Harvey Hoshour A.I.A., who studied under master Bauhaus architect Mies Van Der Rohe. The Bauhaus philosophy emphasizes balance, minimalism and the use of true materials. This is reflected in Richard Chavez’s work, with its high style and clean lines. One of the architectural projects Chavez assisted in was the design of the Indian Pueblo Cultural Center in Albuquerque, New Mexico.

Richard took on work as a jewelry maker to supplement his income while in architectural school. He began making heishi beads from Olivella shells, but lower-priced heishi beads from Asia were outselling his work, so he decided to try his hand at metalwork. In 1976 he left his studies, while just 19 hours shy of his degree, and became a full-time jeweler. What started as a way to supplement his income, became a decades-long career.

He was greatly influenced by groundbreaking Hopi jeweler Charles Loloma (1921-1991). In the 1970s, Richard began using non-traditional stones in his jewelry such as, black jade, Siberian green jade, opal, tiger eye, fossilized ivory, lapis lazuli, sugilite and any agate with exceptional coloring. Every step of the jewelry making process is done by Richard, from the beginning sketches to soldering, sanding, cutting, grinding and polishing, and of course the meticulous geometry of the lapidary process. Ever the perfectionist, when cutting and polishing a stone, he will walk outside into the high desert sunshine to check his work. The natural light will reveal any imperfections to be corrected. His ability to cut and polish stones is unsurpassed. He creates every element by hand with precision accuracy. It is often difficult to see the seams in his puzzle-like inlay.

Richard Chavez has won numerous awards since winning his first competition, Best of Show at the Eight Northern Indian Pueblo Arts and Crafts Show in 1976.  In 1977 he won a first-place ribbon at the SWAIA Market and in 1981 received a SWAIA Fellowship. In 1990 he decided he was no longer interested in juried competitions. Richard said he no longer requires the competitive validation. Positive comments from admirers of his work, and from his decerning clientele, are more gratifying than any award.

He and his son, Jared Chavez, founded Chavez Studios where father and son continue their collaborative work. Their first collaboration was on a necklace in 2011. It featured Richard’s lapidary work and Jared’s metalwork.

More recently, The Heard Museum had a jewelry retrospective exhibition of his more than 40-year career entitled “Symmetry In Stone” The Jewelry of Richard I. Chavez. 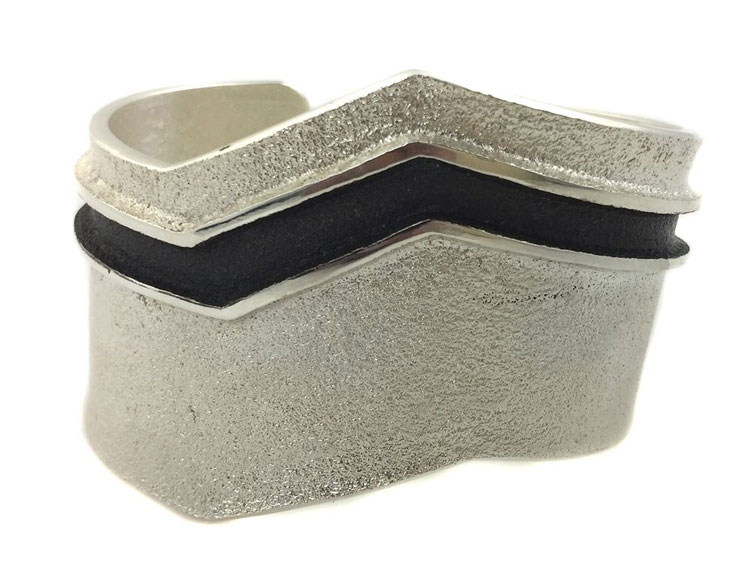