Eiteljorg Museum in Indianapolis honors landscape painter P.A. Nisbet with a retrospective during Quest for the West 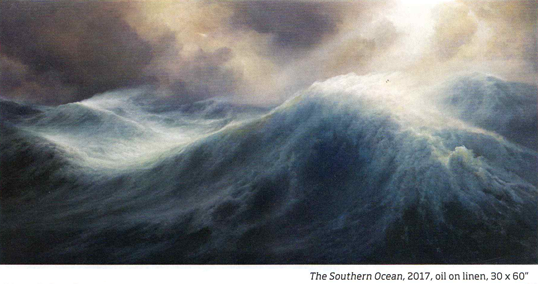 A common assessment about landscape painters is that they simply “catch” nature at its most vulnerable, during moments of staggering beauty in which the light, shadows, clouds, land formations, time of the year and time of the day, they all just click into place and create a scene of perfect harmony. While this certainly happens, that school of thought places the burden on nature itself.

For P.A. Nisbet, some of the burden rests on the artist. Nature can unfold one majestic scene after another, each more incredible than the one before it, but if the artist isn’t prepared to receive it – technically as a painter with a brush and some paints, emotionally as a sensitive receptor within nature and existentially as an imperfect witness to that time and place – then those Grand Canyon views might as well be parking lots.

He continues: “My motto is deliberate and persevere. Deliberation is a form of witnessing, and my work is about witnessing and celebrating nature. Witnessing is close observation—walking it, driving it, camping in it, sleeping in it, suffering in it, coming up with an understanding of it with direct experience. Direct experience is required for any authenticity. I learned very early on that you can't step out of the car, take a picture, get back in the car and go paint. You have to spend the time out there to feel what you’re painting, and to let it change who you are.” 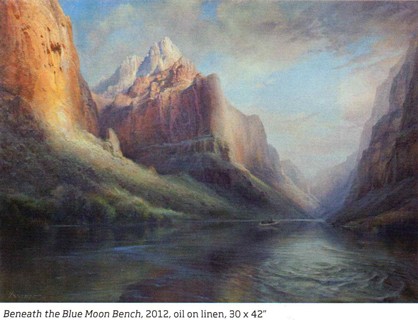 If Nisbet paints his own life and his own experiences into his work, then much of his life will be on display in a new retrospective at the Eiteljorg Museum of the American Indians and Western Art in Indianapolis. The exhibition will open in conjunction with the Quest for the West exhibition, which Nisbet is also participating in. It was during last year's Quest for the West that he was awarded the Artist of Distinction award, a coveted prize that comes with an exhibition at the following year's Quest show. The exhibition's title, Light, Space and Power: The Art of P.A. Nisbet, refers to three uniting themes within the artist's works.

The exhibition will feature 23 works, some dating back to 1981, as well as a number of new pieces created for the retrospective. Nisbet, who lives and works in Santa Fe, New Mexico—his studio once belonged to Ashcan painter John Sloan—was not looking forward to revisiting his old work as preparations for the exhibition came together. “I’m too close to them and I don't like to do that kind of reflection back. It's a highly emotional thing because artists can be in isolation for long stretches of time over decades. Being an artist is a solitary experience, so to have, after all these years, these children of mine together again it really requires the deepest part of me to have a reflection on my experiences with them and with nature,” Nisbet says from his studio. “I’m just very critical of my own work because my process is so deliberate and they unveil things that I actually experienced in the wild. And they are all that remains of those experiences because the experiences themselves have vanished."

Nisbet found art at an early age, when his artist mother put a brush in his hand at 6 years old. “I grew up in a household that was full of National Geographic magazines, and I was always seeing pictures from far-away places,” he says. “I began copying the landscapes from the magazines at 10 years old, and then years later I would cast aside photographs to do plein air work.” He also began going to museums, studying the masters and learning advanced painting techniques. He adds, “What galvanized me the most was the horizon. I spent my summers in North Carolina on the bank of Currituck Sound. I would gaze out to the horizon thinking about what was on the other side. I was enthralled with the idea that you can travel to the horizon but never reach it.”

Years later, as an ROTC grad from the University of North Carolina, Nisbet joined the Navy and was trained to become a naval officer. He saw the world, including Vietnam during the war, and eventually found the courage to give a painting to a visiting dignitary—the secretary of the Navy, no less—who saw some artistic potential and had the sailor brought back to the mainland, where he worked in the Pentagon and created artwork for the military, including illustration for various projects. One of his newest works, The Southern Ocean, which will be in the retrospective, calls back to his time on Navy ships. “I wanted the painting to be terrifying. I wanted you to be right at water's edge in the middle of an extremely powerful he explains. “Whether it's pleasant or not, the power of it is beautiful and also menacing, and that’s what nature is all about.” 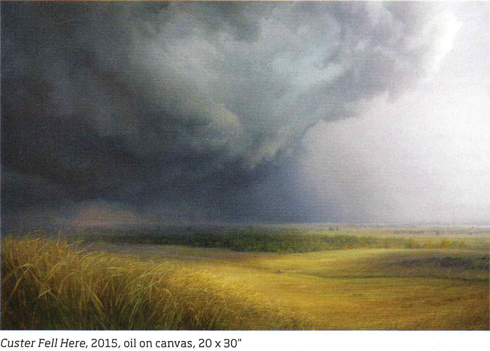 After his commission ended, Nisbet—his friends call him Pete—came out West and quickly got to work in an area of the country he was endlessly fascinated by. One of his early friends and travel buddies was, and still is today, large-format photographer Jody Forster. One of the first things the pair did together was go down the Colorado River through the Grand Canyon, which led to many other trips. “He was in the Navy. I was in the Air Force. And we both had this really strong passion for the American Southwest. So when we went out I would take pictures and he would paint. We would each pick our spots, go out in four-wheel drives, work all during the day and come back to our camp at night, cook up a can of beans or whatever and discuss what we worked on,” Forster says. “He’s more of a traditionalist and he follows the masters from the 19th century, American luminists like Frederic Church, Albert Bierstadt, Thomas Cole and Sanford Robinson Gifford.”

Although they preferred the American Southwest, both artists would roam around the country and even the globe. They often went to extremes, including in the mid—1990s when they both went to the South Pole on separate grants from the National Science Foundation, which put them up at McMurdo Station in Antarctica, the base of operations for the United States Antarctic Program. Nine days, and multiple forays into subzero weather, later they returned to warmer climates with a new outlook on the world.

“Like me, Pete has this great love and passion for light on the landscape, and the interplay of light on whatever he's looking at, whether it's the desert floor or canyons or the Antarctic snow, Forster says. “He’s also a master plein air painter. Too many painters are wedded to their cameras, but he's not. Ansel Adams talked about this, how it's one thing to take a picture of a pretty scene and another thing to look deeper. The picture—or painting—has to be something more. You have to stay out there and let everything ferment and come to the surface of your consciousness. That's what Pete does. And does well.”

These days Nisbet is recognized as one of the leading Western landscape painters, whose works hearken back to the American luminists of the 19th century but also offer contemporary meditations on nature's unrelenting beauty, particularly in relation to the limitless horizon that mesmerized him so many years ago. Works in the retrospective include Custer Fell Here, a somber look at the Little Bighorn battle site; The Wreck, a beach view with a magnificent wave crashing in an explosion of white spray; Composition for Cloud in Pewter, a more tonal take on a land— and cloudscape; Lava Falls, showing river rapids made more terrifying by Nisbet’s detailed and moody depiction; and three works that could easily be mistaken for major works by Thomas Moran: Beneath the Blue Moon Bench, Rough Country and Storm Break at Yaki Point. 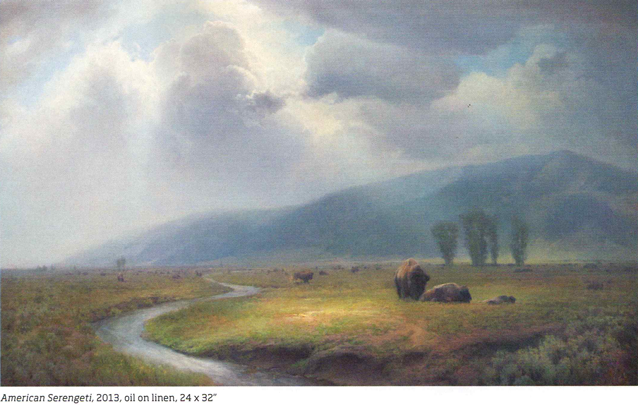 It's hard not to see Moran, Bierstadt, Church, Asher B. Durand, William Trost Richards and other American greats in his work. Ironically enough, Nisbet is probably most influenced by the English painter J.M.W. Turner. “If we're going to talk about Moran, then we have to talk about Turner, who Moran was looking at long before he started painting. Turner emphasized the individual experiences in nature. He also rendered works in heightened states of consciousness and awareness,” Nisbet says. “That’s a very romantic notion.”

The artist, whose own works have been described as romantic, continues: “What I liked about Turner was he was talking about real places and altering them subtly to bring about that peculiar sense of de-familiarization. It's something I feel strongly about, this idea that ‘I know this nature, but it's nature I haven't seen before.’ If you take the form of nature and turn it into plastic you can shape it, you can stretch it, you can adjust the light, increase the shadows, change the shape of the forms, use colors that reflect emotional states,” he says. “You can mold nature to create your own vision of your experiences. That's what's so great about it: it's not what we see, but what we feel and what we experience.”