Paul Gutierrez was born in Santa Clara Pueblo in 1940. He was the son of Lela & Vann Gutierrez. In 1965 Paul married Dorothy “Corn Maiden”, a Navajo who was also born in 1940. Dorothy learned a bit about playing with clay while she was in day school.

Paul started working with clay at home when he was around 12 years old. Working with clay as adults, Dorothy and Paul became known for their mudhead figures. Mudheads (also known as koyemsi) usually have distorted features and are often grouped together like storytellers with their children. Working as a husband-and-wife team, Dorothy usually molded the clay and formed the figures while Paul did most of the polishing and finish work. Paul and Dorothy Gutierrez were among the first to make Nativity sets in red or black, with matte or polished human and animal figures. Dorothy and Paul also made redware and blackware storytellers, mermaids, angels, and ornaments, and buffalo, ram, and pig figures.

In 1981 Paul and Dorothy won 1st and 2nd Place ribbons for their figures. There was another 1st Place ribbon in 1983 for a traditional undecorated piece. They also exhibited at the Eight Northern Pueblos Arts & Crafts Show at San Juan Pueblo.

Paul passed on in 2017. Dorothy is still alive but no longer makes pottery. 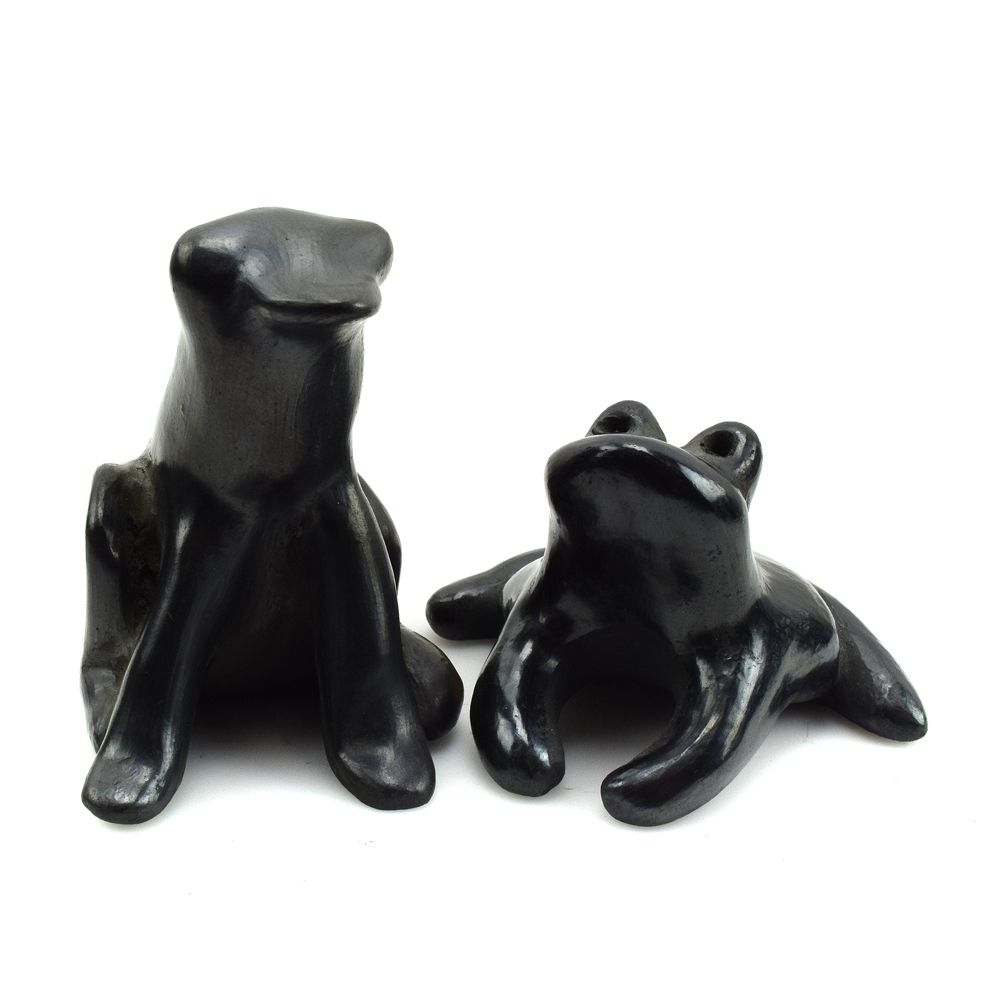