Nathan Benn spent two decades shooting 10,000 rolls of film for 'National Geographic'. Twenty years after his final commission, his work remains as fresh and evocative as ever thanks to the unique properties of Kodachrome. Peter Popham delves into Benn's archives – and discovers America anew 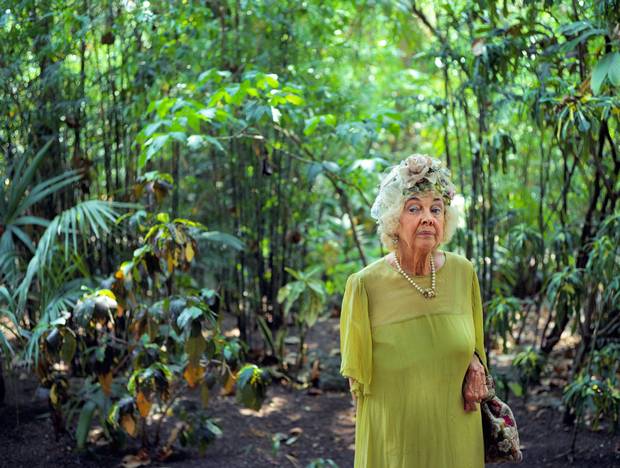 Nathan Benn was one of the aristocrats of American journalism – those blessed photographers who were brilliant, versatile and hard-working enough to be hired by National Geographic. A Jew from a modest home in Florida, Benn spent months shooting Hasidic Jews in Brooklyn on spec. Robert E Gilka, the magazine's legendary director of photography, liked the pictures and put Benn, who was only 22, on the payroll.

National Geographic is still a big noise today, with more than three million Facebook friends, but back in 1972 it was a global giant, with a unique reputation for photographic quality. It had 10 million paying subscribers. Benn was provided with an office, cameras, a generous expense account that enabled him to travel the world and spend many months on a single project, and as much Kodachrome as he could eat.

He worked for the magazine for nearly two decades, with a gap in the middle, yet only 10 of the 100-plus pictures he has selected for a book to be published in the US next month originally appeared in the magazine. The rest emerged from an archive of 350,000 transparencies (about 10,000 rolls of film) in 44 cartons held in a warehouse near Washington DC, which he first got to grips with in 2005, 13 years after his final National Geographic assignment.

That hiatus was unusually long, but even in the course of his work for the magazine, many months would often go by before he saw the results of his labours. That, in turn, was due to the nature of Kodachrome. The richest, warmest colour film ever invented, Kodachrome's unique technical feature was that the dyes were not present in the film's emulsion but were added afterwards, during processing, which therefore had to be done not in a laboratory but a dedicated factory. Unlike other film, exposed rolls of Kodachrome had to be dispatched to one of the centres around the world – there were 25 at the height of the film's popularity – where they could be processed. "With Kodachrome," Benn says, "you never knew what you got. It took at least 48 hours to get the film back, but if I was k travelling on assignment, I might not see the pictures for three months."

Today, those are the pictures he treasures, and from which he has picked his favourites. "I spent a lot of my career reinforcing stereotypes," he says. "If I went to Pittsburgh, I would shoot pictures of men working in a steel mill. The first instinct when working for the magazine is, look for people that reinforce preconceptions. You go to Vermont and you are looking for typical Yankee characters, who are unpretentious, straightforward, gruff, hard-working. In the magazine these were called didactic pictures. But going through my archive, the ones I was drawn to were the ones that were not didactic. The only ones I really like now are the ones where I had no control, where there was a serendipity, where taking the pictures was effortless."

Despite these caveats, his book features plenty of pictures where his magazine's mission to educate shines out, shot by a young man who, having previously seen little of his country outside Florida, saw it first with a Nat Geo Leica in his hand. In picture after picture, America emerges with beguiling freshness: the young lady with big hair, loud coat and face brimming with optimism, waiting for her Greyhound bus; clapboard, fins and flag on a 4 July in Pittsburgh; cheerleaders in the rain in New York, observed by a youth in a hammock who looks hard to impress. Elsewhere, he produces images that satisfy his bosses' appetite for the familiar but which transcend the expected message: watermelons are code in America for the lowly status of blacks, but here it is the sheer voluptuousness of the watermelon mountain that monopolises one's gaze.

His magazine always had important messages to convey and Benn did his best to oblige. Yet that is not why his best pictures ravish us today: despite the passage of time, his Koda-chrome transparencies – much more stable than rival film – retain their vividness, while the didactic mission that motivated them has faded away. What remains are the elemental seductions of his craft, a four-way love affair between America, Kodachrome, Leica and gorgeous light.

'Kodachrome Memory: American Pictures 1972-1990' by Nathan Benn will be published by PowerHouse Books in October, priced £35