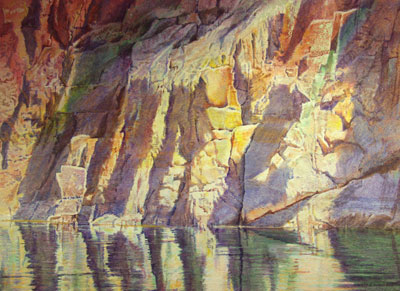 Merrill Mahaffey was born in 1937 in Albuquerque, New Mexico. By the age 8, Mahaffey was already creating color pencil drawings of landscapes near his family home in Grand Junction, Colorado. His college training includes: Mesa Junior College in Grand Junction, Colorado; California College of Arts and Crafts, Oakland; Sacramento State University, California where he earned his Bachelor of Art degree in 1959; and Arizona State University where Merrill Mahaffey received his Master of Fine Arts Degree in 1965. 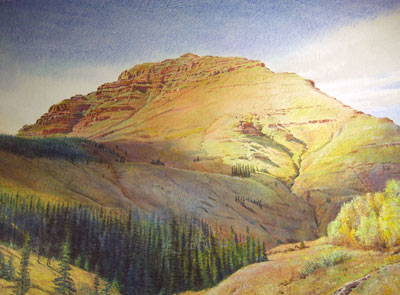 Merrill Mahaffey taught design and art history at the Phoenix College from 1967 until 1983. His reputation as a landscape painter in Arizona began developing in the early 1970s. Merrill Mahaffey's work has evolved from an earlier abstract style to his present realism, reflecting the best traditions of American landscape painting. With lithography and serigraphy, Merrill Mahaffey maintains the same expansive, panoramic quality found in his paintings, rendering certain basic yet complex abstract relationships in nature with the visionary technique that is uniquely his own. 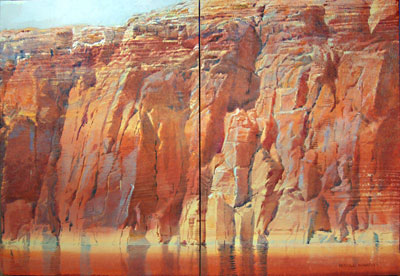 Merrill Mahaffey's awards have been numerous: Colorado State Fair, Arizona State Fair, Southwestern Fiesta Biennial Exhibition, 10th Arizona Annual, Four Corners Biennial at the Phoenix Art Museum, Tucson Art Museum and the Scottsdale Center for the Arts. His art has been shown at the Denver Art Museum and the San Francisco Museum of Modern Art. His painting "Toroweap" is in the Museum of American Art at the Smithsonian in Washington, D.C. 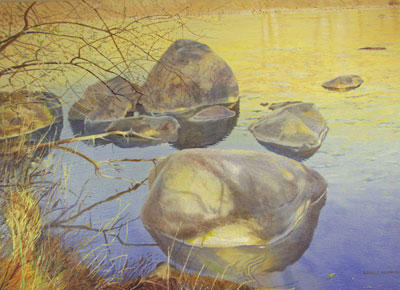 Articles have been published about Merrill Mahaffey in publications including Southwest Art, Southwestern Art, Art in America, Art Week, Phoenix Magazine, and Arizona Highways. Northland Press published a book about him titled "Monumental Landscapes" by Rudy Turk, with a forward by Arizona's Governor Bruce Babbitt. Mahaffey's largest commission was given by the City of Phoenix for a 7-by-20 foot painting titled "Panorama From Bright Angel Point". It is displayed at the International Sky Harbor Airport terminal. 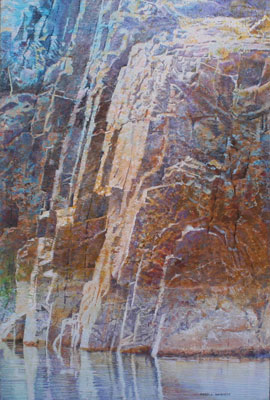