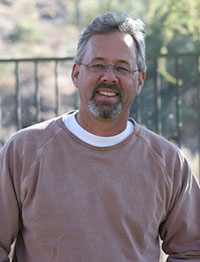 Matt Smith was born in Kansas City, Missouri in 1960.  At an early age he moved to  Arizona.  He later moved to Europe where he lived two years in France and one in Switzerland. In subsequent years Smith painted in Germany, Austria and Italy.  Smith has lived most of his life in Arizona, where he has a deep attachment and respect for the Sonoran Desert.

Smith graduated from Arizona State University with a Bachelor of Fine Arts degree in painting.  He spent a vast amount of time studying the traditional styles of such landscapes masters as Maynard Dixon, William Herbert Dunton and Edgar Payne.

Most of the time, Smith can be found painting en plein air from southern Arizona to the Canadian Rockies.  He also paints the California coast to the mountains of Colorado. "I appreciate traditional landscape painting and I am inspired by the pristine landscapes of the American West.  I enjoy working in areas where one can travel for miles without seeing the influence of man.  When I paint, I feel I've hit the mark when I've captured a balance between mood, look and feel.  You know you've succeeded when viewers sense the desert heat or the chill of a mountain snowfall."

Smith currently lives in Arizona with his wife, Tracy, who is also a painter.