“If I never sold my work, I would be happy just working with clay.” Mark Rossi clearly loves his choice of medium. His love of art came early, thanks to the exposure he received at the hands of his father, a freelance illustrator who went on to become director of the Gilcrease Museum and exposed his son to fine art. Rossi studied art at the University of Tulsa for two years, before transferring to the University of Arizona. 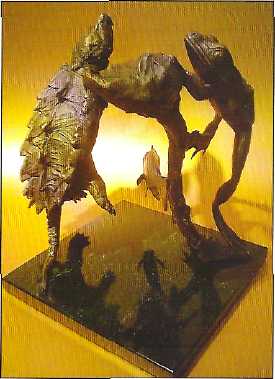 “I never studied sculpting in art school,” he says. “I think it comes easy to me because I’m one of that 15 percent of the population that relates physically to the world. There are so many ways to express an interest in a subject or an emotion or an idea. I found that clay and bronze are wonderful avenues for me to use."

That relationship, combined with a lifelong love of nature, evolved into a success career in line art. “I’ve been interested in nature from early childhood, Rossi says. “I include humans as part of nature, but most of my work has been the more classical nature subjects. I prefer working life size. I get a lot of enjoyment from observing animals in nature and like to translate them the way they are in scale. When it’s done and someone touches it, they will have my translation of what that animal actually feels like in shape and texture.” 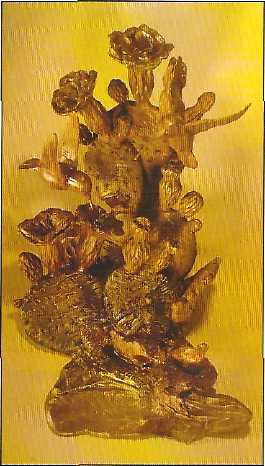 One of the advantages of creating sculpture is that it has a permanence, Rossi says, and that it allows the artist to do several castings of a piece. “In a sense, I get to revisit the same subject," he says. “It’s like playing sheet music; I get to play the song more than once and every time it’s a little different.”