LuAnn Tafoya was born into the famous Tafoya family of Santa Clara Pueblo in 1938. The daughter of Margaret Tafoya and granddaughter of Serafina Tafoya, Lu Ann grew up learning to make pottery from masters potters. She began producing pottery in her late teens. Like her famous mother and grandmother, LuAnn is not timid and specializes in larger pieces of red, black, and brown, all highly polished and exquisitely carved. She is also a master of the outdoor firing process.

Everything about the building, carving, and firing of large pottery is different, and Lu Ann has mastered them all. She has made jars almost three feet tall, a feat not easily accomplished. For large jars, the clay mix needs more temper and volcanic sand from Santa Clara. Building a large pot takes more time as it sometimes requires that one coil be allowed to dry before the next one is added. LuAnn uses a screwdriver and small pieces of lard when she is carving. Polishing is a drawn-out process. The entire pot must be burnished with each slip to avoid drying lines. Often more than six layers of slip are applied. Then comes the most dangerous part of the pottery process, firing. After preheating her large pottery ware, they are fired outside in an open fire. LuAnn has made almost every traditional Santa Clara and San Juan pottery form. Her favorite designs to decorate them include bear paws, the avanyu, clouds, birds, kiva steps, winds, and gourds.

LuAnn Tafoya has won numerous awards for her pottery, including blue ribbons for "Best of Pottery" and "Best of Show" at Santa Fe Indian Market in 2003. Her work can in the permanent collection of numerous museums around the country. Her work is on display at the Heard Museum of American Indian Art & History in Phoenix, the Cincinnati Museum of Fine Art, the National Museum of the American Indian, the National Museum of Women in the Arts, The Cantor Arts Center at Stanford University and the Poeh Museum in Pojoaque, New Mexico. She continues to make beautiful pottery to this day. 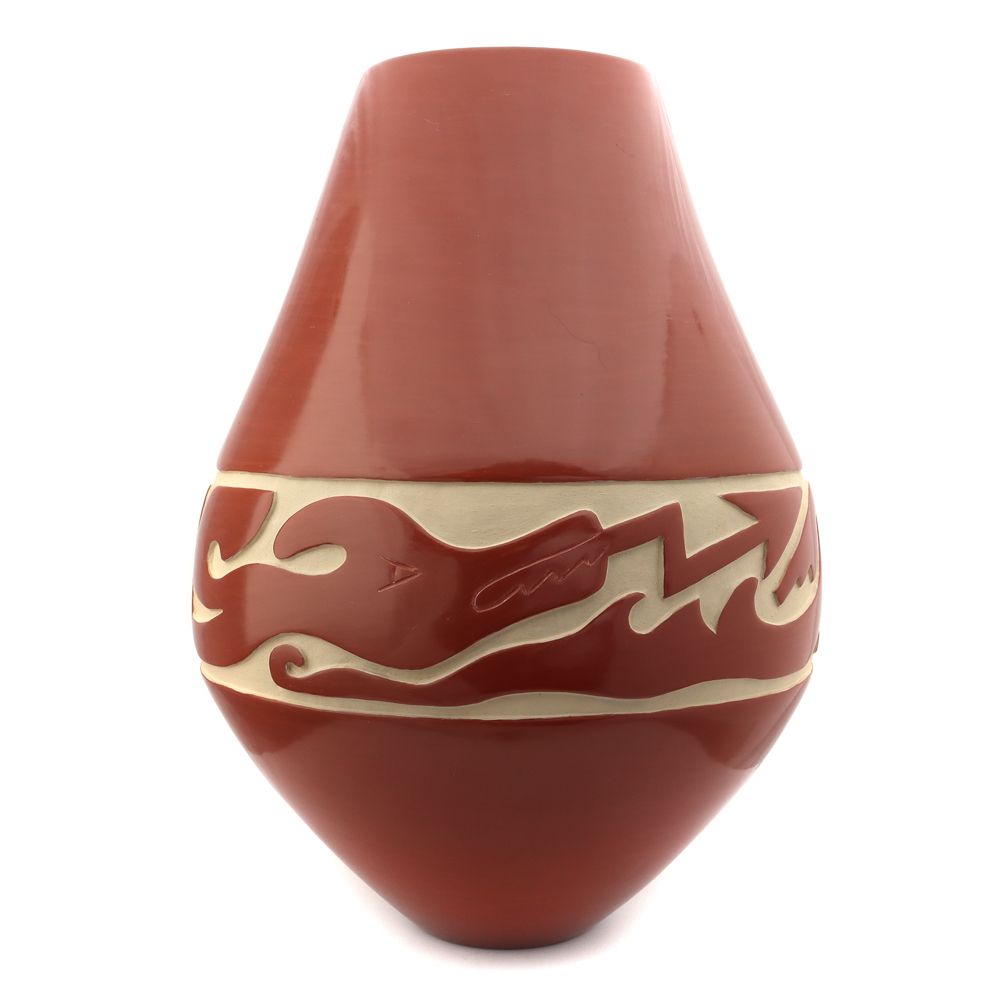