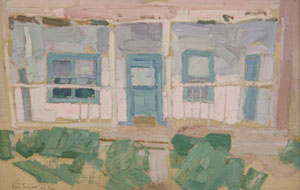 Leon Gaspard was an interesting addition to the New Mexico arts scene when he arrived there in 1918. A Russian-born, French-trained veteran of the airborne campaigns of the Great War, he arrived physically diminished from a horrific plane crash that had put him in a French hospital for two years. Seeking a more hospitable climate, he arrived in Taos to find a vibrant arts community and an exotic blend of native, western and Hispanic cultures. 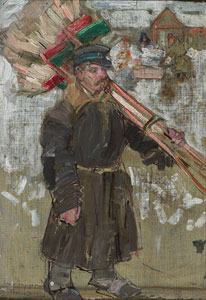 Having traveled widely throughout Russia, China, Mongolia, Tibet, Morocco and Northern Africa as a fur trader, successful painter, army pilot and international spy, Gaspard had a love of foreign cultures and a desire to document them artistically. Taos allowed him just such an opportunity, and he set out to paint the Taos Indians in much the same way he had painted the natives of North Africa and Asia while in Paris. 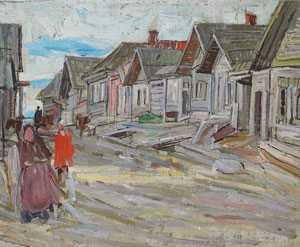 A pariah of sorts when he first arrived, Gaspard was saved socially when Herbert "Buck" Dunton took a liking to him and began to bring him around to meet the artists of Taos. A kindly and gregarious man, Gaspard eventually became quite well-liked, in part because of his propensity to sing romantic songs from various cultures and tell stories of his life and travels. 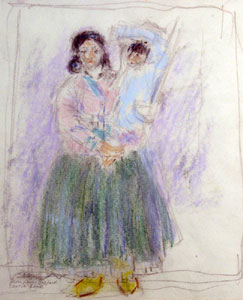 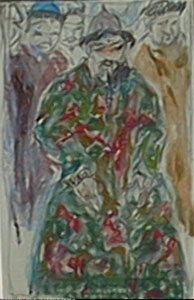