Juanita, born in 1909 at Taos Pueblo, married into San Ildefonso. She was known for her skills in medicine and healing, and many pueblo people came to her for advice. She had a knack for comforting people with her soft, calm way of speaking. In the 1970s, Juanita went back to school at the College of Santa Fe, where she was an excellent student. She was involved in Head Start and programs for the elderly. She spoke Tiwa, Tewa, Spanish, and English.
She learned to make pottery from her sister-in-law, Rose Gonzales. The carved pottery by Juanita has a very similar style of carving and imagery as Rose's work. She collaborated with her husband Louis Wo-peen Gonzales, who was also a talented artist. Juanita made the vessels and did the carving, while Louis did the painting of designs. Her pots are often signed "Wo-Peen," which means Medicine Mountain. Juanita passed away in 1988. 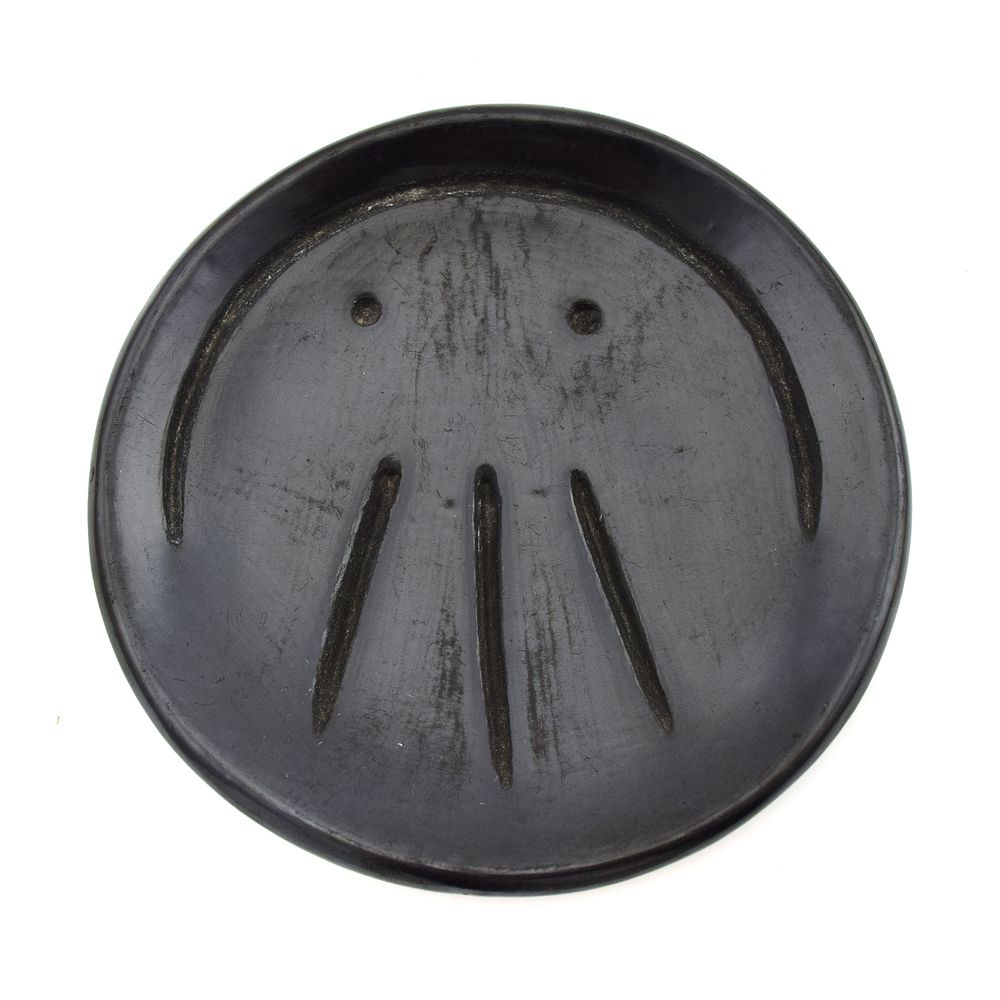