Second Frog Woman, "Yellow Flower"
Joy Navasie was born in 1919 to Paqua Naha, the first Frogwoman. Joy & her mother signed most of their pottery with a frog hallmark. Joy drew webbed toes on her frogs while Paqua drew short, straight toes. Joy learned to pot in the traditional Hopi-Tewa way from her mother. She was the most active potting from 1935 to 1995.
Paqua developed the style of using black and red on white in the early 1950s, and Joy also made her pottery in that style. Both the Navasie and Naha families are known for their whiteware using kaolin clay as a slip, which is considered the most challenging pottery to make. Special care is taken to better protect the pots from smoke and smudging using a very hot fire.
Joy was known for her beautifully formed jars, bowls, and wedding vases as well as lamp bases, lidded jars, and bird effigy bowls. She decorated her work with Sikyatki designs of rain, clouds, feathers, and parrots. She taught her children the whiteware tradition of making pottery, and many have become noted potters in their own right. After a long and productive life, Joy died in 2012. 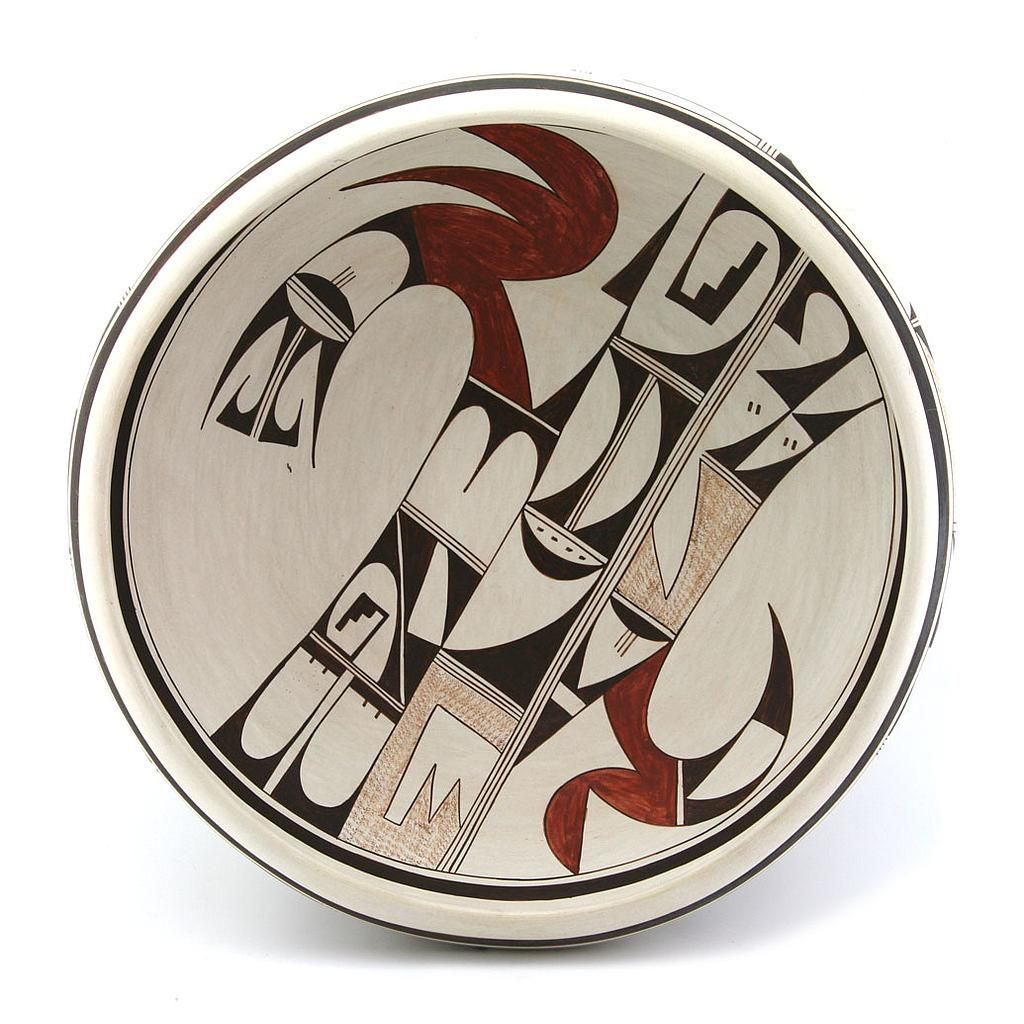