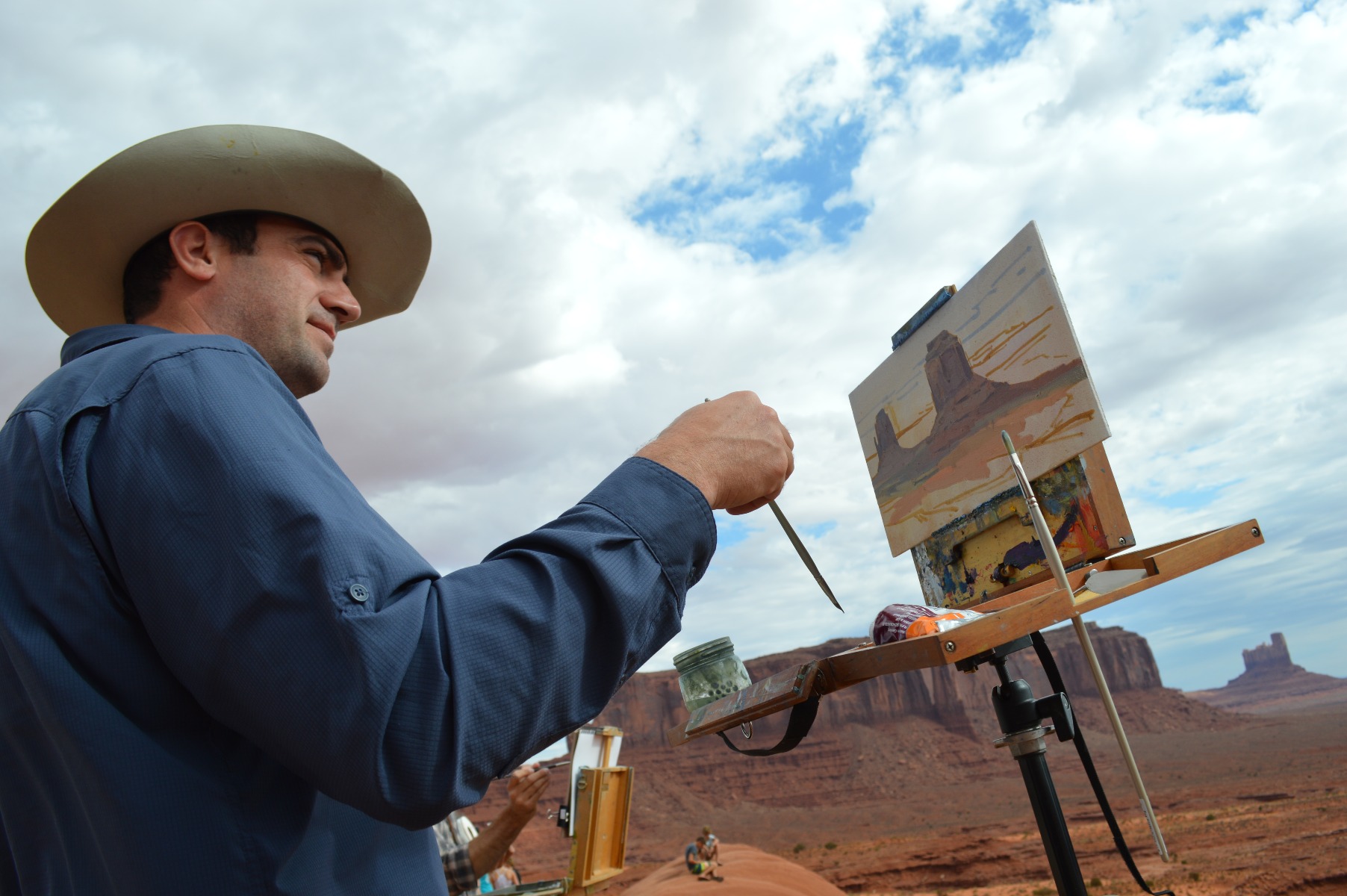 Josh Elliott was born in Great Falls, MT in 1973. He was raised to appreciate art and is a third generation artist. His grandfather studied with Grant Wood and dabbled in all sorts of artistic pursuits. His Father, wildlife artist Steve Elliott, gave up a successful career as an ER doctor to become a full-time artist.

Josh's father taught and encouraged him. Josh learned the importance of painting from life discovered his passion for painting outdoors. He sees his outdoor paintings as a reaction to what is in front of him, and feels they act an exercise to sharpen his skills. He considers his studio paintings to be a culmination of everything he has learned from painting out, combined with his own artistic interpretation. Born in Montana, Josh lived out of state for some time but always felt a deep connection with Montana's landscape and people. Josh now lives with his wife and two daughters in Helena, Montana.

Josh believes that we were made to appreciate beauty, and he feels his work is a celebration of beauty and truth. Although being true to reality is important to Josh, he aims for creating “art”, something interpretive, something more than a good rendering, something of himself. Josh says, "A good painting, to me, is Nature's truth filtered through the artist."