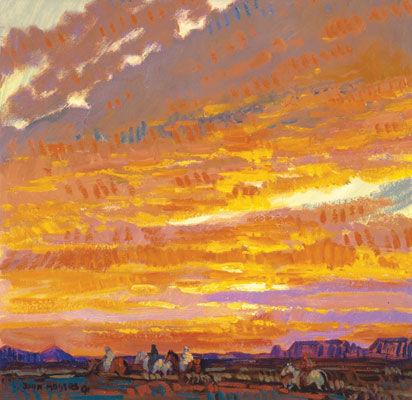 John Moyers - Don't Fence Me In

Ask any Western Art Collector and they will tell you that artist John Moyers is someone whose work you will want in your collection. However, President of the Cowboy Artists of America, and son of a well-known artist, Moyers is a very modesy man.

And speak with his art he does. His new show will be his biggest ever, with fifty new works. Moyers has been putting together this collection of works for a while.

“It’s been over a span of two or three years, because I’m using some of my outdoor work that I’ve done and put away. My wife (artist Terri Kelly Moyers) and I paint outside all the time to get color studies. We just put them away and use them for larger studio pieces.” 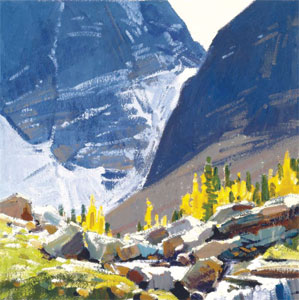 “I’m always inspired to paint. You might take two or three days off and by the end of the second day you’re ready to paint again. Each piece is unique. I might paint one piece because I saw a really great cloud, or the next painting it might be the low, warm light. The next it might be a silhouette against the sunset. 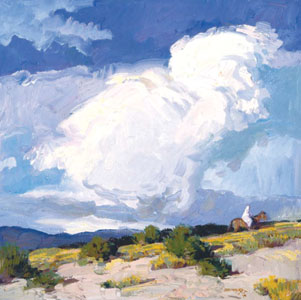 “The Grand Canyon paintings I did on the spot. I just set up and painted at the South Rim. It was really windy. So I looked for places without many tourists and without wind. It was March, so that was a challenge.

“I always strive to try different things. Some times they don’t work and you put those in the closet. We destroy those. You don’t want those to come back to haunt you. Sometimes you can’t figure it out—it’s just not right. Sometimes it’s something you can fix. And sometimes it's beyond repair. 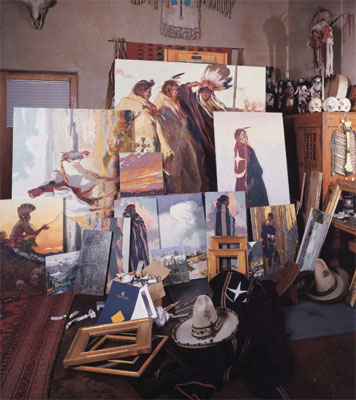 “I’m the worst at not wanting to be pigeon-holed. Most people want my Western work with figures in them, but I love painting landscapes, and so I put a few of those in there, too. I always want to paint what I’m excited about painting. That’s what’s always worked for me and I hope it continues to work.

“There are no rules. You put them out there and you hope somebody enjoys them. You just never know. Sometimes it’s your best work if it’s something you’re excited about and interested in, you might not think anyone will want it, and then it's your most popular piece. 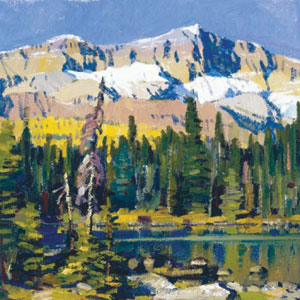 “What people like about my work seems to vary from piece to piece. I try to approach each painting differently. What can I do to make each piece the best? Something I apply to one painting may not be applicable to the next.” Moyers has a few favorite subjects. “I focus on certain tribes. I like the Black Feet. My wife’s from Alberta, and spending so much time out there got me interested. The Canadian Black Feet are  interesting. I’ve acquired a lot of outfits over the years so I can have my models outfitted in whatever way I need. I also have an extensive Mexican Revolution period costume collection. I’ve spent a lot of time collecting the costumes. I paint the stuff I like to paint.”

The largest painting in the show features the Black Feet tribe. “My biggest piece is 50” x 60”. It’s a painting of Black Feet Indians, Northern Plains Indians. The late light is hitting the figures. This painting was more about the design than the actual subject matter." 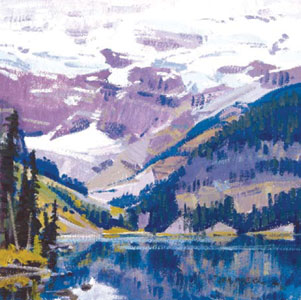 Moyers credits his acceptance in the Cowboy Artists of America as a major turning point in his career.

“Getting into the CAA was big. It’s always been a struggle, and it’s still a struggle being an artist. That was a major turning point. I applied in 1994 and they invited me to take my work down there and show them and they voted me in. I just thought I’d start

applying and if I bugged them enough they’d let me in. But they voted me right in and that was a real honor.”

Despite his modesty, Moyers is an artist to be reckoned with. His work continues to gain wide recognition and collectors clamor to own his pieces. This new show, no doubt, will enhance his standing even further.