Meet [John Coleman, one of] 10 leaders who are shaping the representational art world.

Every year, we at Southwest Art salute a special group of people who are making noteworthy contributions to the art world.  Some of them are artists whose impressive accomplishments - be they awards won, sales made, respect earned - elevate the whole field of western art.  Others are gallery owners whose tireless efforts have led to success in a constantly changing, economically challenging world.  And one is the leader of an important institution that is helping to train the art stars of tomorrow.  All of them are making a significant impact, and we hope you enjoy meeting them in the following pages.

Artist John Coleman is widely known for his evocative bronze sculptures that capture the personalities of Native Americans  But these days he is exicted about a new direction in his fine-art career.  For an upcoming retrospective in September at the Eiteljorg Museum in Indianapolis, IN, the sculptor is introducing oil painting to his body of work.  Although he is a traditional artist, he views his craft as not merely fashioning replicas of the objects or people he portrarys. If that were true, it wouldn't be art, he says.  "Just as in a great novel, the value comes not from the sum of its words, but through the rhythms with which the writer is abe to invoke empathy for its characters, bringing them to life," he says. 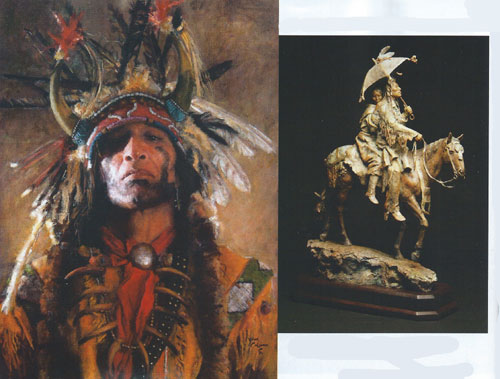 Coleman's retrospective takes place as part of the annual Quest for the West show at the Eiteljorg Museum.  And in fact, Coleman says one of the biggest changes he's seen in the art world during his career is the dramatic growth of museum shows and auctions.  Coleman views this change as positive, fostering artistic growth while raising the bar for artists because the events are so competitive.

In the future, Coleman looks forward to the empowering knowledge that he has chosen a profession where people don't retire but instead have the potential for growth at any age.  "Some of my favorite artists and mentors are in the 80s and still getting better," he says.  "I am very excited about building on my past experiences and the promise of growth they will bring not only to my sculptures but to my paintings as well." 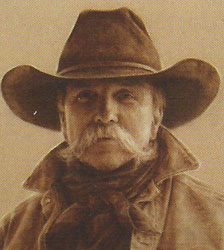