Jessie was born in 1910. She was the mother of Stella Shutiva and Anita Lowden. She was also the mother-in-law of Sarah Garcia. Jessie along with Marie Z. Chino, Lucy Lewis and Lolita Concho led the revival of Anasazi Black on White ollas. She was also known for her corrugated design technique and figurative pottery. She expanded traditional polychrome pottery at Acoma and her corrugated style was passed on to her Daughter, Stella Shutiva and granddaughter, Jackie Shutiva. Jessie was active from 1930 and into the 1990s. 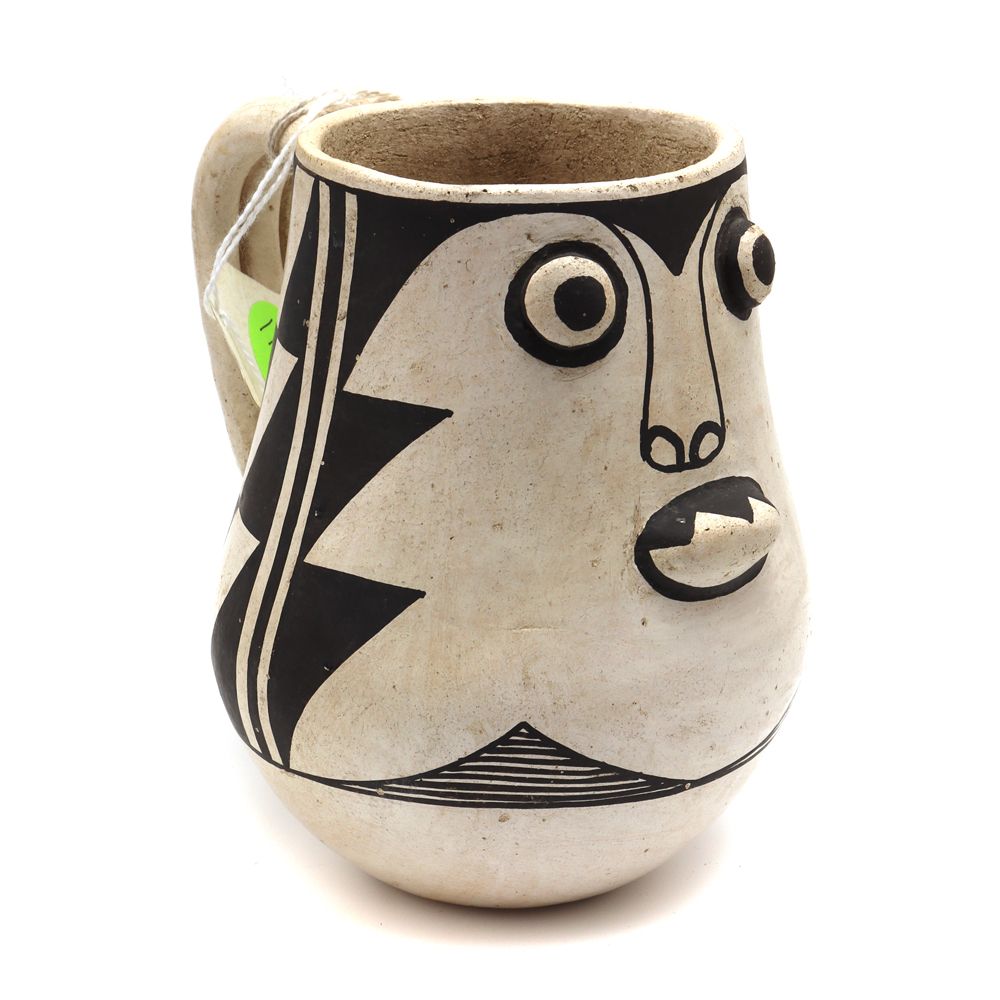