Gifted jewelry maker Jared Chavez is the son of renowned jeweler Richard Chavez. He grew up in the Rio Grande Valley, at San Felipe Pueblo in New Mexico.

Jared expressed his interest in jewelry making to his father one day in 1992, at the age of 10. His father said he would teach him jewelry making, but only if he took it seriously and put everything he’s got into it. He gave Jared the necessary tools and guidance to then develop his own style.

Jared developed an interest in filmmaking while he was in high school. He received an opportunity to work with the Systems Administrator of the Santa Fe Indian School, where he learned the many aspects of maintaining a school’s network. Here, Jared was asked to film and edit documentaries for computer building projects. Upon graduation from The Santa Fe Indian School in 2001, he was accepted to Georgetown University in Washington D.C., where his major was Studio Art, with an emphasis on digital media. With encouragement from a professor, Jared moved beyond his teachings and began to experiment with types of printmaking mediums such as, aluminum plate, lithography, intaglio etching and wood block printing.

He graduated from Georgetown University in 2005, and knew he wanted to continue his burgeoning career as a jeweler. Continuing his training, at the urging of his father, in 2006 he took part in the Graduate Jeweler Program at the Revere Academy of Jewelry Arts in San Francisco, CA.

Shortly after graduation, he and his father founded Chavez Studios. Here Jared continues to evolve his jewelry designs. He is known for his unique and intricate silver motifs and attention to detail. He and his father continue to collaborate on pieces, bringing their exacting standards, and dedication to design, to every piece they make.

Much like his father in 1981, Jared was awarded one of five 2009 Southwestern Association for Indian Arts (SWAIA) fellowships.

Jared and his wife have a young son who already enjoys being in the studio with his father. 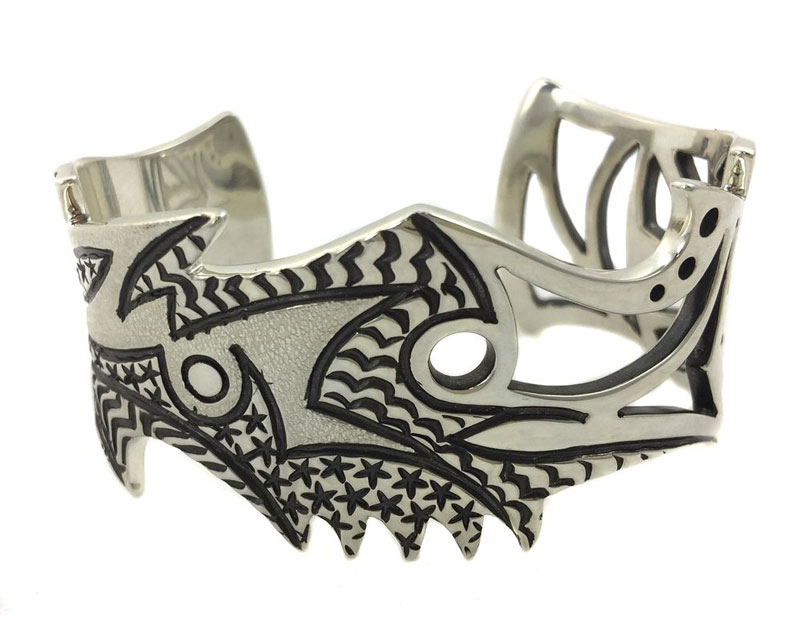