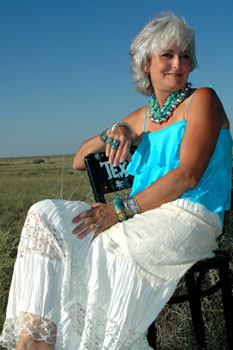 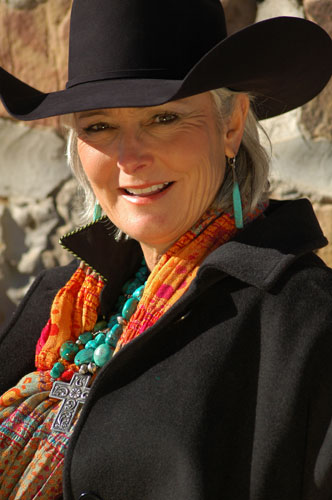 Ever since she was a girl visiting her grandparents’ ranch in Arkansas, Jan loved horses and the outdoors. Through high-school and college those passions grew and her best friends were some of God’s four-footed creatures. Naturally, they became the subjects that filled her sketchbooks. However, until she visited Santa Fe on her honeymoon she didn’t consider art as anything more than a hobby. 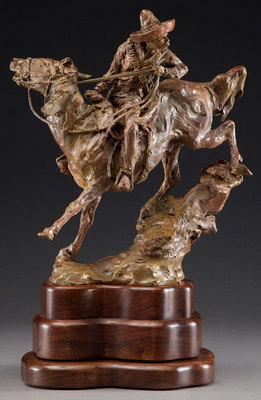 For over thirty years Jan has been immersed in the rural cultural of Colorado’s ranching community.  With encouragement from her horse-trainer husband and an inquisitive mind, Jan developed her ability to express, first in clay and later in paint, the things that touched her heart. 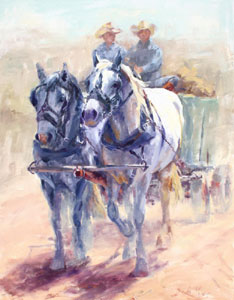 Today her work travels from her studio in southeastern Colorado all across the United States.  While her contract for the design of the National Cutting Horse Association’s trophy takes her sculpture around the globe.  But whether painting or sculpting Jan’s goal is the same: “to capture the spirit and beauty of this earthly experience, and to encourage others to see, feel, enjoy, and appreciate it.” 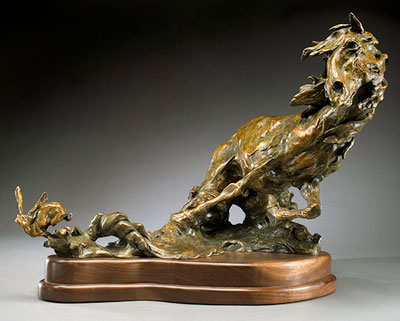