Jackie was born in 1961 into the Acoma Pueblo. She is a member of the Sun Clan and the Yellow Corn Child Clan. Jackie's grandmother, Jessie Garcia, is credited with reviving the corrugated style of pottery found in examples of prehistoric Anasazi and Hohokam cultures. She taught her daughter Stella the method, and consequently, Jackie was inspired to make the same type of pottery keeping with the family tradition. Stella Shutiva began teaching Jackie about the time she was 19, the ancient method of creating corrugated pottery. After Stella passed away, in 1997, her husband Ernest Shutiva, gave her tools to Jackie.
Jackie gathers her raw clay from within the Acoma Pueblo, which is pure white. Then she breaks it down, cleans it, grinds it into a fine powder and mixes it with sand to temper the clay. Jackie begins the hand coiling process by rolling the clay into thin snake-like coils building her pieces to the desired shape and size. She uses her thumbnail or an octagonal carpenter's pencil that was her mother's to make the indentures, or "V" shape, which create the corrugations in each coil of the pot. The pottery is then slipped in a white slip and fired. Jackie often handcrafts clay corn symbols in her clay to denote her Clan origin. Jackie hand coils a wide variety of shapes and sizes of pottery. She uses the old corrugated style combined with a smooth contemporary look that is very appealing.
She signs her pottery: "Histia Shutiva, Acoma, NM." Jackie has signed her pottery using different names over the years. "Histia Shutiva, Acoma, NM." "J.M. Shutiva, Acoma NM" or "J. Montano Shutiva, Acoma NM." 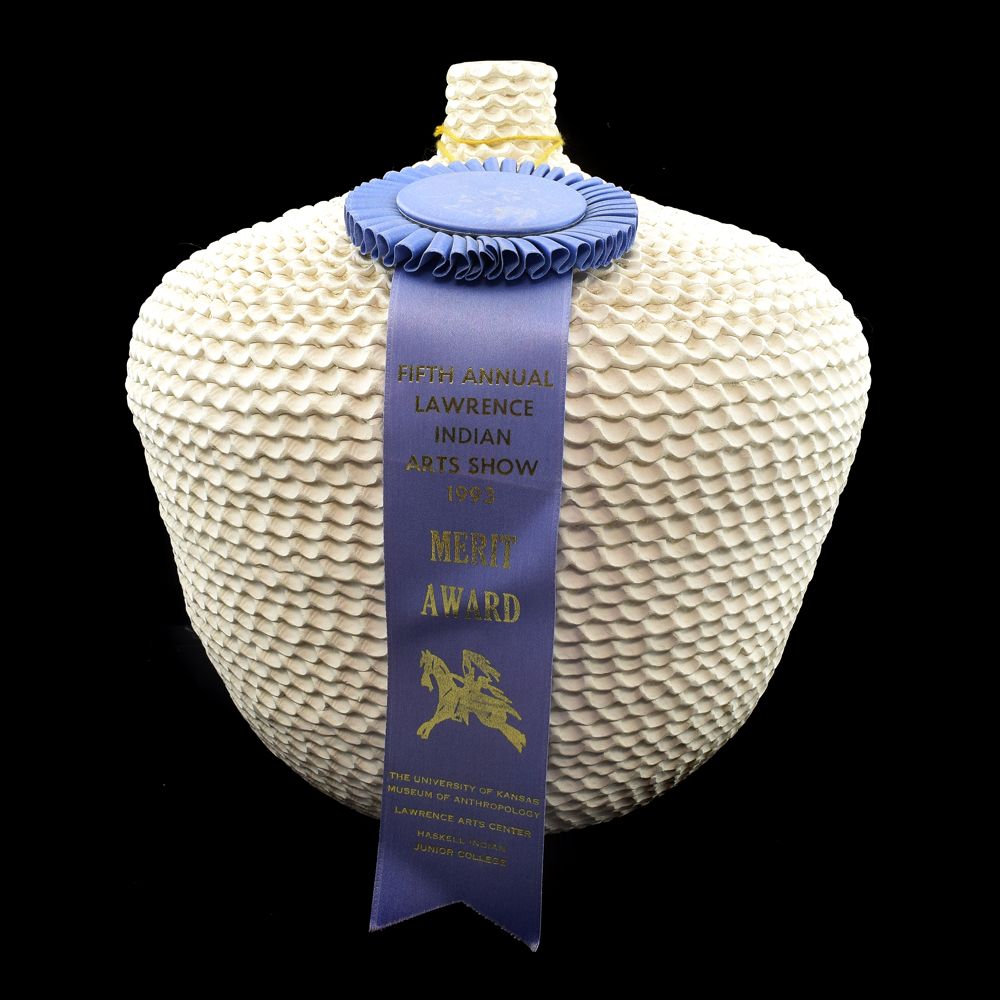