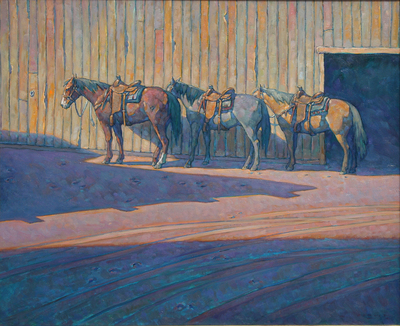 Howard post grew up on a ranch near tucson,Arizona,where his family raised rodeo stock. Surrounded by such talent, it is no surprise that Post became an accomplished rodeo cowboy (he was the 1965 Arizona High School All-Around Rodeo Champion, a member of the University of Arizona rodeo team, and a competitor with the PRCA), but despite this success, Post discovered his destiny lay elsewhere. “It happened in third grade,”the award-winning artist says. “Originally, I wanted to be a cowboy like my dad, but then my teacher entered one of my drawings into a contest held by the local newspaper. I won— got my picture in the paper and everything. At that moment I knew I needed to be an artist, but I still wanted to be a cowboy.”

Unlike many artists who move to the big city in the hope of being discovered, Post never strayed far from his hometown. He received both a B.RA. and M.RA. from The University of Arizona (where he went on to teach for two years), and he continues to live in the Grand Canyon State painting the ranch life he loves and admires. In his art, Post focuses on the “quiet moments”of Western life. Instead of roping steers or riding bucking broncos, Post’s cowboys sit on fences gazing at lazy cattle bathing in the noonday sun. But Post is still drawn to the excitement of the rodeo and has always found rich subject matter there. Early in his career, he would climb the catwalks above the chutes to get a better view. “I liked the abstract quality of the scene from above, and so I started painting it.” 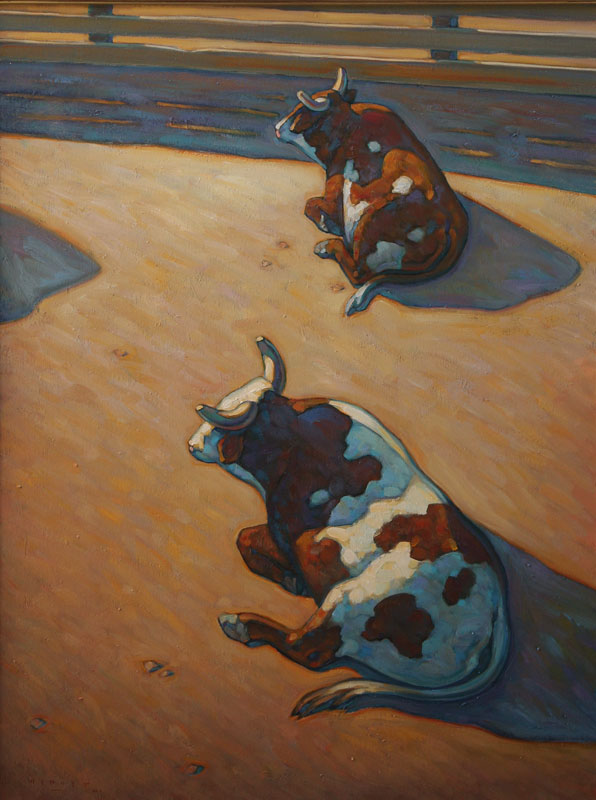 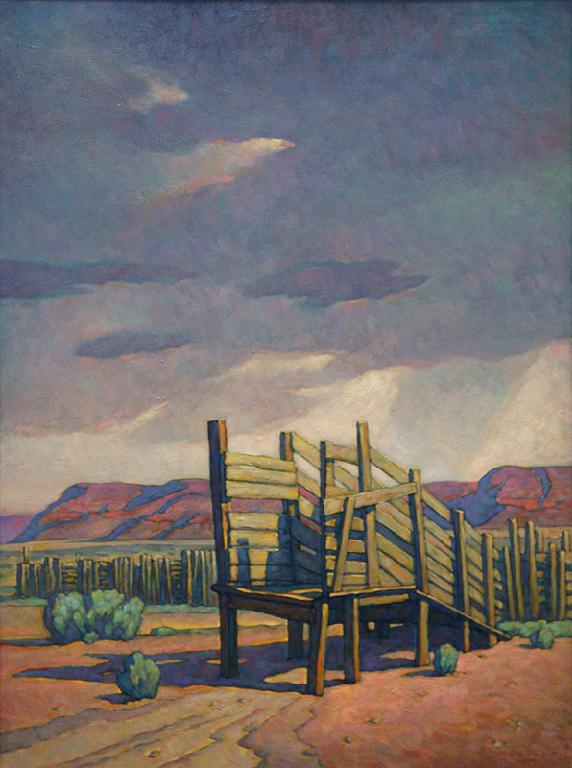 These unique aerial compositions awed art collectors and launched Post’s career. Today, his award-winning work is sought after for its contemporary impressionism full o f color and shadow, evoking the strong shapes of cattle and cowboys, and the natural and built environments they inhabit. Post never tires of the West and the compelling visuals it constantly provides him. “Five miles from me are these big old lumber corrals. I’ve been painting them for 15 years,”the artist confesses, “and I still find something fresh and exciting about them every time.”