Harry Morgan is known for his classic revival style jewelry with its smooth, soft, antique finishes and classic design. He is a fifth-generation silversmith. Born and raised on the Navajo Reservation in Arizona, Harry Morgan began casting jewelry at age seven. His mother Louise inspired him to make jewelry in the old style. The Navajo Tribe offered him a four-year scholarship in engineering, but being a rodeo cowboy was his dream, at the time. He ultimately returned to his passion for silversmithing, and became a silversmith in 1965. He spent most of his life in the Gallup, NM area, and at one point opened a jewelry supply store in Crownpoint, NM. He also operated a smithing studio, and employed many smiths who would also emulate the classic revival style. One of those employed was well-known silversmith Kirk Smith. Many of Harry Morgan’s stamps were inherited from his parents and uncle, or made by him.

Harry Morgan was married to Navajo silversmith Betty Joe, and is the nephew of accomplished silversmiths Charlie Bitsue and Ike Wilson. Brother Henry Morgan is known for his exceptional sandcast pieces. Linda Marble, his sister, was also known for her sandcast pieces. She passed away in 2004. Of his five children, three have taken up silversmithing. Harry Morgan won awards at every major Indian art show, and had an exhibit of his creations at the Heard Museum in 2007, a year before he passed way. 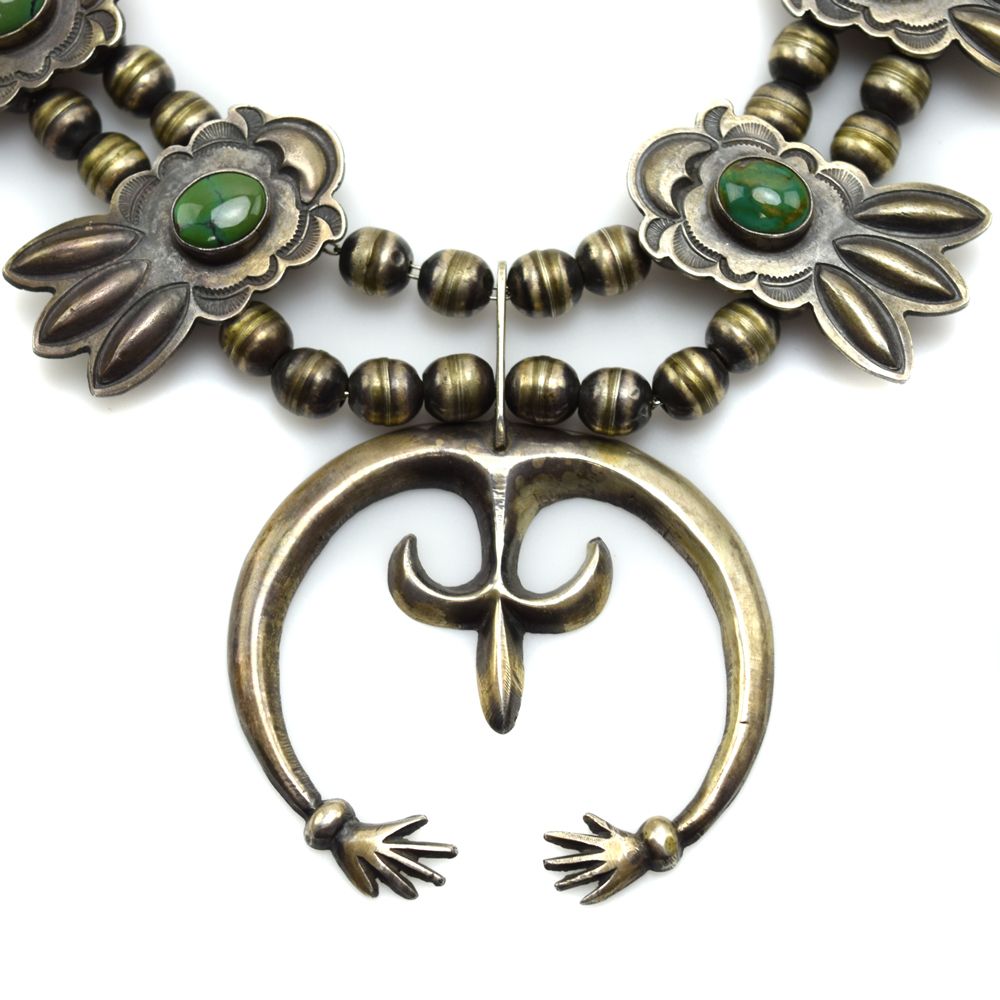