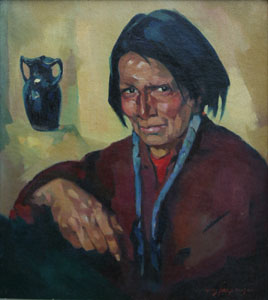 Hans Paap was born in Hamburg, Germany in 1890. He worked as an art director for motion pictures in Berlin for two years. When WWI ended, he spent the next thirteen years in Argentina and Brazil. In 1928 Paap moved to Hollywood and painted in Southern California through the early 1930s. 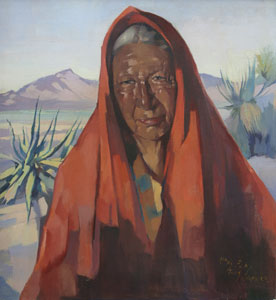 Upon leaving California, he moved to New Mexico and was associated with the Taos art colony. He was best known for his portraits of Native Americans, particularly Taos Pueblo inhabitants. Paap exhibited at the Biltmore Salon in Los Angeles in 1928 and at the Pasadena Art Institute in 1929. He died in 1967 on an island in the Pacific.