Grace Medicine Flower was born in 1938 to Agapita and Camilio Tafoya. She is one of the most innovative and influential potters working today. Grace grew up with her parents both renowned potters but also, and her aunt, Margaret Tafoya. She began to work in clay, making traditionally styled black pottery with a carved Avanyu. In the late 1960s, Grace and her brother Joseph were among the first to start using the sgraffito technique to carve their designs into the clay. Her first sgraffito piece sold for $11, which was more than her earlier pots. Some of her favorite designs are intricately carved butterflies, hummingbirds, flowers, feather motifs, and the Avanyu (the water serpent). Grace uses a knife or sharpened nail with amazing results to carve her designs. She uses the traditional coil method and fires outdoors. Often she will re-oxidize parts of her pots to get a sienna color. Grace signs her work, "Grace Medicine Flower," with a flower beneath her name.

Jackie Kennedy-Onassis personally visited Grace and she was invited to the White House. She has pieces in collections and museums around the world. In the 1970s, Grace and Joseph were both honored with the New Mexico Medal of Honor. Grace has won significant awards at Gallup Ceremonials, Santa Fe Indian Market, and other events. She has changed the face of pueblo pottery, and today there are a number of recognized potters working in the sgraffito style. She produces about 15 pieces a year, and the demand among collectors for her work continues to rise. 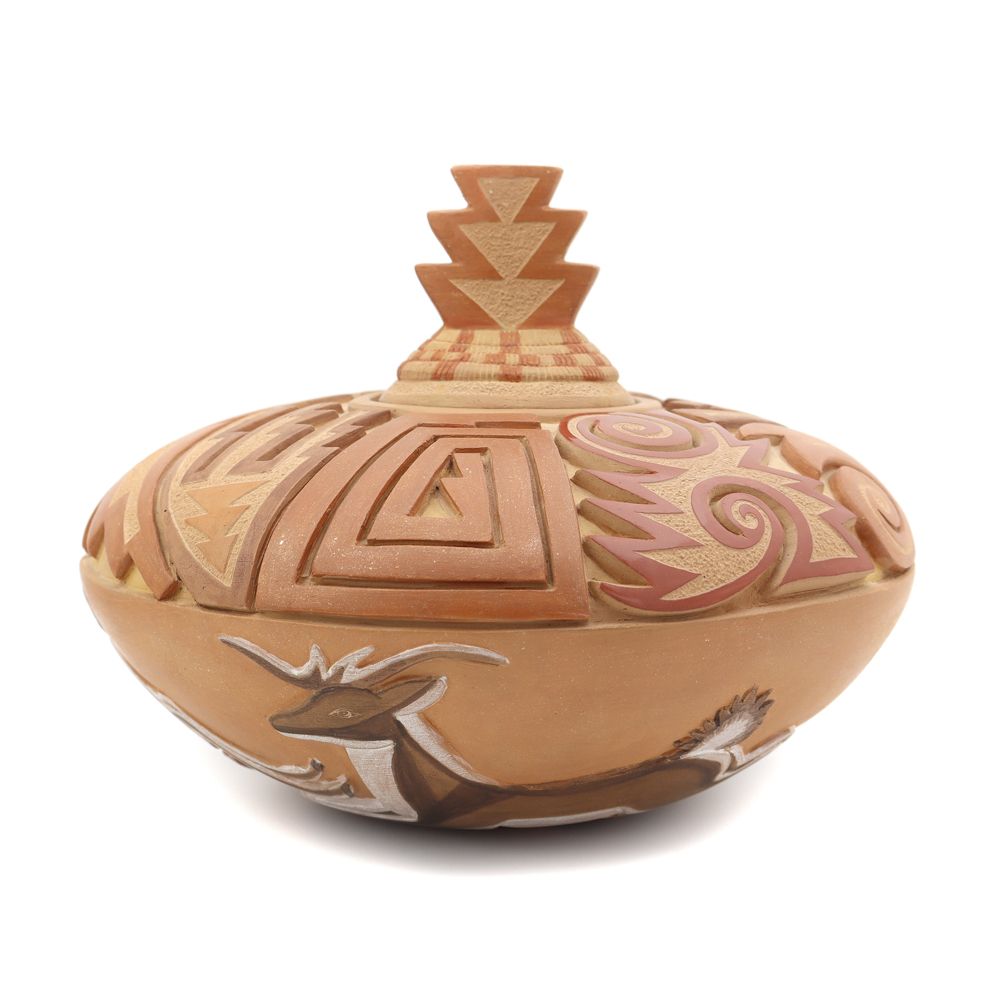