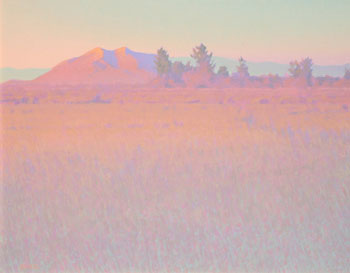 Born in 1947 in Portland, Maine, Glenn Renell was educated at Rhode Island School of Design, Fort Wright College, and received his MFA from the University of Massachusetts in 1978. He taught painting, drawing, design at Maine College of Art for twenty two years, resigning in 2001 to paint full time. Glenn Renell now resides in Southeastern Arizona. 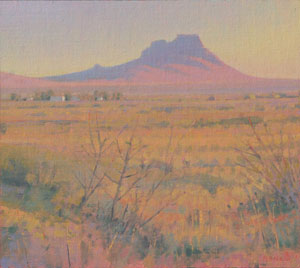 A landscape painter, Glenn Renell works on site, directly from nature, making small paintings whose subject is the experience of seeing and being there. Looking to the qualities of the changing light, the relationships of sky, land and horizon, the paintings are structured around broad notes of color and brought equilibrium and order as the painting develops and nears an equivalent of seeing. Visiting the same site a number of times Glenn Renell aims for a distillation and understanding of place that gets beyond the casual and picturesque and finds those points where spirit of artist and place meld in the painting and process. At various points the small paintings and experience are brought into the studio and serve as the basis of larger works. The larger paintings are created within a process of integration and differentiation, and are a search for further and deeper understandings developed into paintings that are embodiments of that quest for spirit of place. 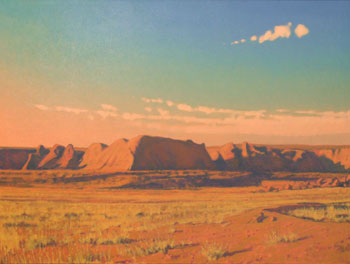 Glenn Renell operates from the belief that it is when a viewer connects with a painting and knows, at a seemingly perceptual level, a sense and spirit of place, that the painting and a circle of seeing is complete. 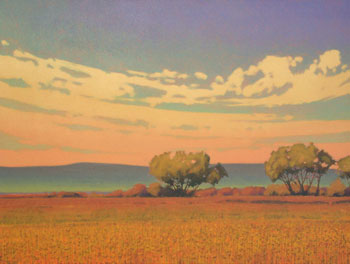 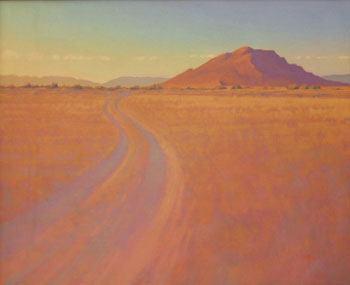