A Visit with Gary Ernest Smith

My World: A Visit with Gary Ernest Smith at his Studio in Highland, UT 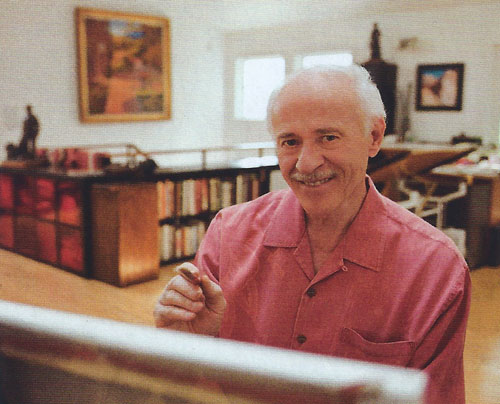 Gary Ernest Smith in his studio

The studio is part of a multilevel property. There are steps down a hill from my studio to my house. The studio is about 1,400 square feet with maple floors, a storage space, and a library. There’s a sitting area so I can take a break, and if clients visit, it is a nice place to sit. They can look into the studio from the sitting area and see my work.

What elements were important to you in designing your studio?

The major elements are the windows and how they are configured. I designed the lighting concept. I have two skylights that have north light and a bank of windows on the north side. The west light and north light cross in the middle, and I get nice diffused light in the studio. I literally don’t ever have to turn on a light during the day. I work entirely from natural light.

Describe the town of Highland.

We are about halfway between Provo and Salt Lake City, at the base of a 12,000-foot mountain. It wasn’t a town when we first moved here in 1979 and built our house. There was nothing but wide-open spaces with lots of potential for growth, and that is exactly what happened. Today the town has around 12,000 people. It’s still a rural town, and people have horses here. It’s an inviting place, so we are having a lot of out-of-staters move in. It’s also zoned so we still have a certain amount of open space around the town. Highland is a nice location about 30 minutes from a major airport and about 5 miles from major ski resorts. The town is very accessible to every type of nature activity.

Do the physical surroundings influence your work?

Describe the style of your work.

I always create recognizable imagery. But I will abstract it. I try to find the essence of things, and I reduce them to strong shapes and colors. It’s minimal in its design yet has a strong design element to it. My emphasis is most often on design and color. The stronger the design, the better a painting communicates.

What artists have influenced you?

There are some artists I relate to more than others. British painter Stanley Spencer had a very strong design sense. I love Ernest Blumenschein and the Taos painters. I love Maynard Dixon for his minimalism. And I like Chuck Close’s work. Impressionism is a big influence on me and also the turn-of- the-century artists like Winslow Homer and Thomas Eakins. I have a degree in art history and have really studied art. I have also studied it in the great museums of Europe.

What do you like to keep in your studio?

At one time I was going to be a cartoonist, and I have a huge collection of the original artwork for comic strips that goes back to 1900. It gives me joy to look at it. I have all of the well-known cartoon characters from the past that I grew up with, like Prince Valiant and Krazy Kat. They all used to run in newspapers. I have some of them framed and hanging on the wall in my office downstairs. Mostly I have my own in-progress paintings hanging on the walls in the studio. I may have 20 paintings going at once. I go back and forth looking at them before I let them go out the door. I have other artists’ works, too. I have wonderful things, such as an original Maynard Dixon and an N.C. Wyeth, plus works by friends like Ed Mell and Jim Norton. 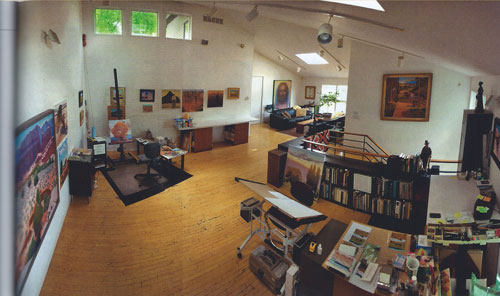 What is one place people will never find you?

The mall. I try to avoid civilization as much as possible. I am trying to get away from people, not find friends. I don’t do any social media either.

Where do you like to take people when they come to visit? We don’t live far from the Sundance Resort, where there are wonderful restaurants and you can walk around in nature. They also have a tram that, in the summer, you can ride over the tops of the mountains. 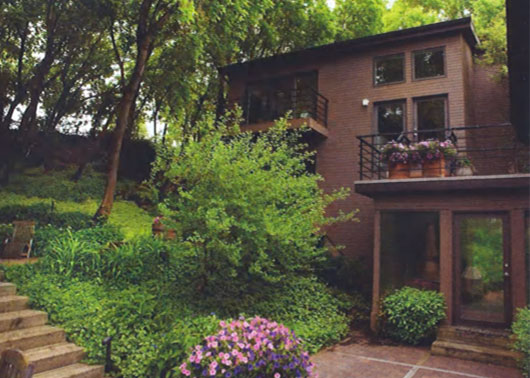