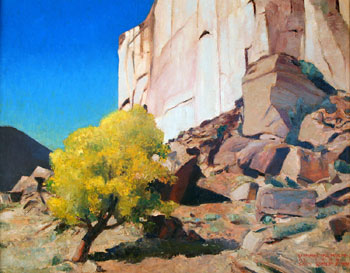 Gary Ernest Smith was born in 1942, in Baker City, Oregon, an unassuming town in the rural heart of the Columbia plateau’s high desert that stretches across eastern Oregon, Washington and western Idaho.  The rural setting of the Northwest became ground zero for the artwork of Smith. 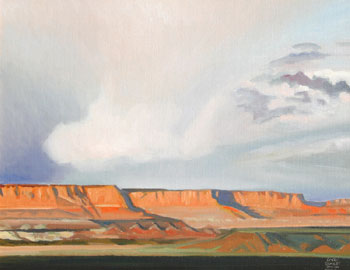 Gary Ernest Smith was educated at Eastern Oregon College and Brigham Young University—earning both a bachelor’s degree and a master’s degree in fine arts.  Still, formal education alone did not fuel Smith’s artistic development.  Before entering college, he spent much of his childhood working on drawings and paintings.  Throughout his education and his career, Gary Ernest Smith has had the opportunity to travel and study the works of European masters and Russian painters. Smith cites Maynard Dixon as the artist that was most influential in the development of his own painting. 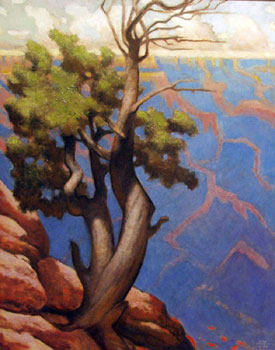 Although his studies and experiments were extensive, Gary Ernest Smith is most often labeled a regionalist drawing comparisons to such artists as Thomas Hart Benton and Grant Wood.  The work of Gary Ernest Smith reflects the artist, expressive but humble, and is grounded in the rural and religious.  The social commentary is a sturdy hymn of the beauty of hard work, a lament for a way of life that is at risk of fading away, and the beauty that exists in everyday scenes—not just the extraordinary. 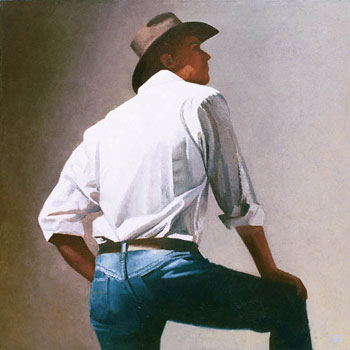 Currently, Gary Ernest Smith resides in Utah. Highlights of his professional career include three terms as director of the Brigham Young University art gallery, numerous one-man shows and traveling exhibits such as the “Third Western States Traveling Exhibit,” sponsored by the Brooklyn Museum of Art. The exhibit of Smith’s series, “Journeys in Search of Lost Images,” traveled to twenty-two museums around the United States, and his one-man exhibit— “Fields” paintings- showed both at The Museum of Fine Art at Brigham Young University and the Eiteljorg Museum in Indianapolis.

“Covering the West” The Best of Southwest Art Museum Tour 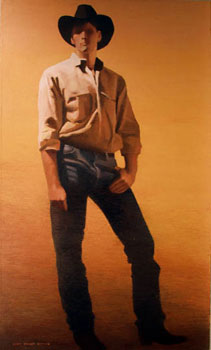