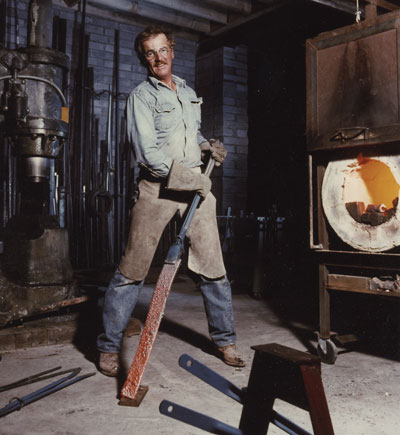 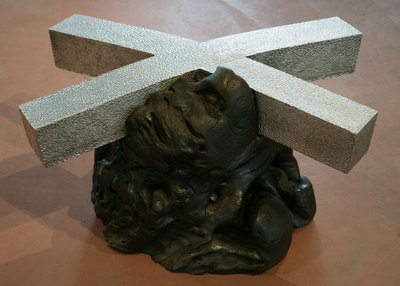 Award-winning sculptor, Fred Borcherdt received his bachelor’s degree at the University of Arizona in 1961 and his master’s at the School of the Art Institute of Chicago in 1963, where he later was an art instructor. He was invited to the National College of Education in Evanston, Illinois as a visiting artist and to the University of Arizona as a visiting lecturer. In 1985, he lectured at the International Conference on Sculpture at Trinity College in Dublin, Ireland. In 1996, he lectured at the Sculptural Forging Demonstration, 3rd Annual International Blacksmithing Congress in Aachen, Germany.

Borcherdt’s awards include the 1964 Edward L. Ryerson Foreign Traveling Fellowship and the 1964 Pauline Palmer Prize for Sculpture at the Art Institute of Chicago, 1964 Jurors Award Festival of the Arts in Chicago, 1967 First Prize for Sculpture at Old Orchard Art Fair in Skokie, Illinois, 1967 Marina City Purchase Prize and 1969 First Prize at New Horizons in Sculpture in Chicago, 1979 Purchase Prize and the 1985 Award of Merit at the Tucson Museum of Art, 1979 First Prize at Reid Park Zoo Entrance Competition in Tucson, 1986 Visual Improvement Award for Sculpture in Phoenix, and the 1996 Kupfer Award in Germany. His work resides in the collections of the Phoenix Art Museum, Tucson Museum of Art, Marina City Tower in Chicago, Southbank Business Park in Phoenix, Tampa Museum of Art, National Ornamental Metals Museum in Memphis, Loews Ventana Canyon Resort in Tucson, and the Mulvane Art Museum in Topeka to name a few. Borcherdt continues to exhibit and lecture internationally.

"The relationship of form to function as exemplified in old worn tools is a characteristic I use to impart a feeling of age as well as utility. Another evolving idea is a feeling of spiritual continuity in making a wood sculpture by starting with a tree, or making a stone sculpture starting a rock strewn riverbed or quarry cliff-face. This feeling carries over to the scrap yards where I find steel that had another life. Most of my works are autobiographical—a means of recording personal feelings and experiences as objects that are intuitively composed.” - Fred Borcherdt 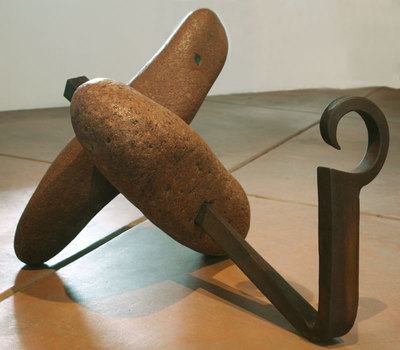 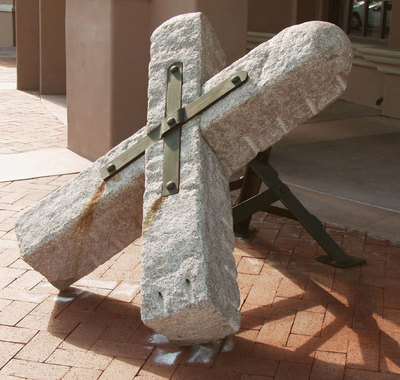