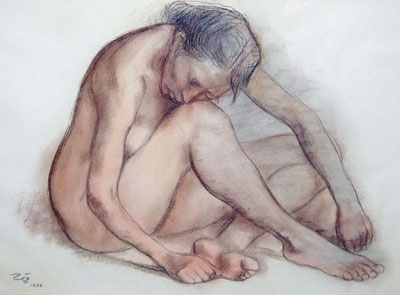 Francisco Zuniga was born in Costa Rica to the sculptor Manuel Maria Zuniga in 1912. Zuniga first learned sculpture from his father and then at the School of Fine Arts in San Jose before leaving for Mexico City, where he studied at the Escuela de Talla Directa under Guillermo Ruiz and Oliverio Martinez.

It was at the Escuela de Talla Directa that Francisco Zuniga's style began to develop under the tutelage of the sculptor Oliverio Martinez and the painter Manuel Rodriguez Lozano. Incorporating primitive Aztec forms into the classical style Francisco Zuniga had been taught helped to create a regionalized style, one that focused on the bodies and forms of the natives of Central America. Though Francisco Zuniga did create some abstract pieces, the majority of his work is composed of nudes, generally female, of peasant stock. With scrawny or stocky bodies unfamiliar to classical sculpture, Zuniga expanded the intellectual reach of his work by mixing it with regional ethnographic studies of body type and lifestyle. 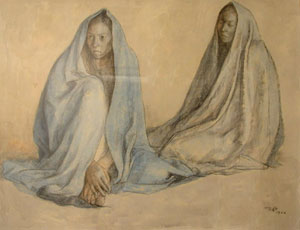 Though his bronze sculpture continued to evolve throughout his life, Francisco Zuniga expanded his range of mediums throughout his life, modeling in clay and plaster and sculpting in bronze, Carrara marble and alabaster. At the age of sixty Zuniga created his first lithograph, a form that he would work in prolifically for the rest of his life. The prints, in monochrome and color, shared subject matter with his sculpture but allowed him a closer connection to the drawings that served as the basis of both.

Francisco Zuniga drew several notable commissions during his lifetime, including the monumental stone reliefs of the Allegory of Earth and Communications at the Secretaria de Comunicaciones in Mexico City. Francisco Zuniga is also well-represented in major museum collections, including those of the Museum of Modern Art in New York City and Mexico City, the Phoenix Art Museum, Harvard University, Ponce Art Museum and the Hirshhom Museum and Sculpture Garden in Washington, D.C.