"I'll take on any subject. I don't know if that's good or bad for fine art, but it drives galleries crazy," he says. "That's my illustration background talking. In illustration you jump from one subject to the next very quickly, much of it being guided by someone else's idea. That was my world for a long time. So when I came to art, I was excited to repeat some subject matter across several pieces. It forces me to create more and explore more."

Livingston's illustration background, which is still ongoing now when he has time, includes posters, book covers, corporate brochures, automotive prints, juice boxes, wine labels..."You name it, I did it," he adds. When he switched to fine art in 1993, he had to grow accustomed to selling a piece and never seeing it again. "In illustration you usually get the piece back after it's been photographed. Now, there I was with a painting, and then it was gone. It took some time to wrap my head around." 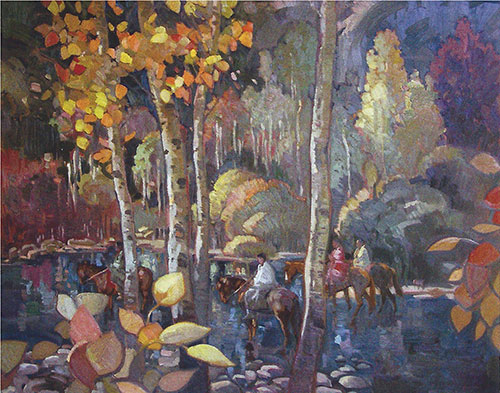 Livingston's new work, which again takes him in a new direction, includes images of Native Americans on horseback, tapestries of fall leaves, mosaic-like color patterns, and tangles of aspens posed in front of pastel sunsets. In River of Color, he was inspired by Group of Seven artist Tom Thomson, who also painted leaves and vegetation as dense clusters of color.

"My colors are mostly an experimentation. Sometimes a haphazard experimentation," he says. "I always have a couple of jars of really dirty, really muddy turpentine. It has a combination of a warmer gray, sometimes a cooler gray, but I'll dip into that mucky turpentine and I mix it into my paint. I'm muting it with my brush and I'm mixing with that gray. It also goes back to the world of illustration, Howard Pyle and N.C. Wyeth, who painted in a muted palette and then used a solid color like red, to punch it up. 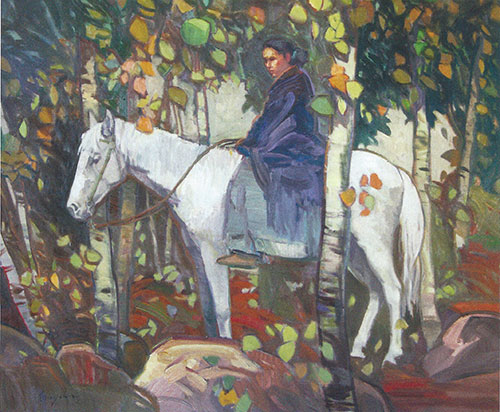 He's not sure what to call this style, but admits there are elements of several genres. "I consider my work to be in an almost impressionist category, but I don't see quite like that. I like to deal with mass and form more than the impressionists did. I do pull a little from what the impressionists did in the sense that I use intuitive color arrangements," he continues. "More than anything, I would say I'm very influence by abstract and abstract expressionist artists like Robert Rauschenberg, Robert Motherwell, Richard Diebenkorn, and Jasper Johns. I loved the simplification they painted. I draw from the world of realism, but I'm not into a tight realism or photorealism. Sometimes I'll do graphic outlines around things. Sometimes I like a lot of brushwork and I'll push the paint around. I just don't want it to be predictable." 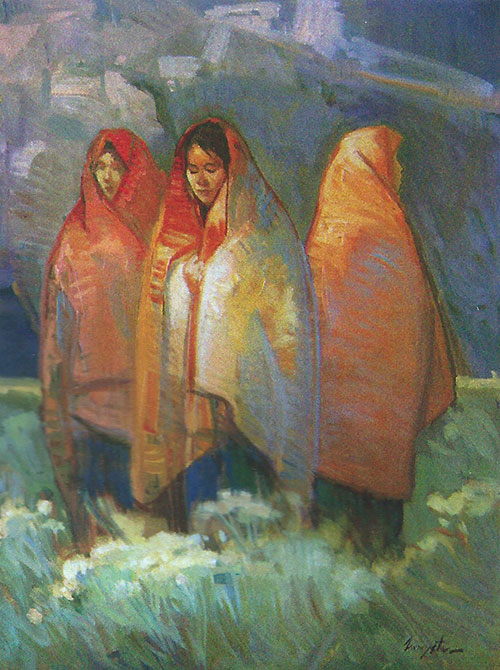 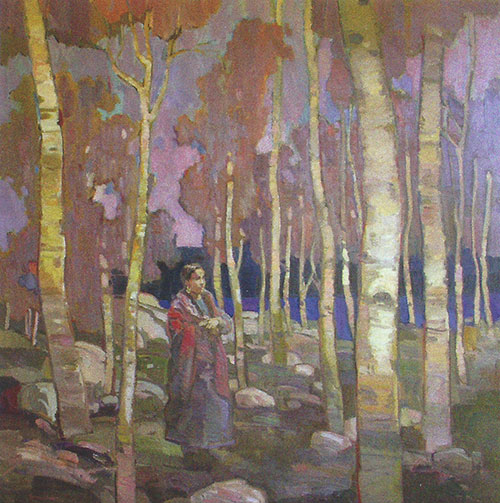