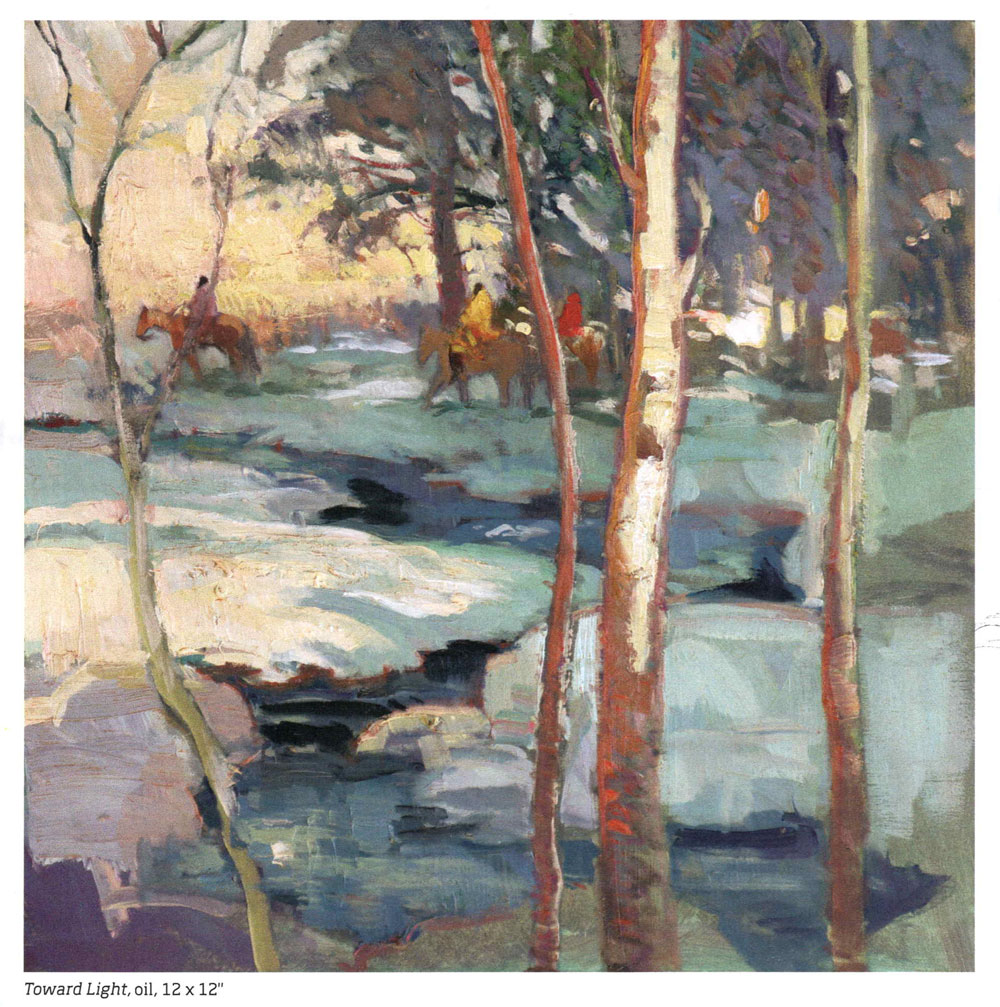 He had discovered the work of N.C. Wyeth, Frederic Remington and the Taos Founders in the flesh on a trip with his family to the National Cowboy & Western Heritage Museum, then known as the Cowboy Hall of Fame. "There was the best of everything. I kept going back because there was very little of this kind of art in other museums when I was going through high school."

Today, he ranks among the noted painters of the West, portraying history, capturing the light and color of the region, and reveling in composition and the application of paint. "I'm interested in creating a surface that's interesting," he says, "and working with pattern against pattern."

His latest paintings will be shown in the exhibition Francis Livingston - Sun Lands at Medicine Man Gallery in Tucson, Arizona, December 6 through January 10. Among the paintings is Toward Light depicting three Native riders on horseback approaching the edge of a winter forest. The snow is rich with color. "The colors are reflections on the snow of whatever is happening around it," he comments. The graphically outlined trees in the foreground recall his illustration days and create a sense of depth, framing the riders in the background.

He begins his paintings with thin layers, drawing with the thin paint, then building up the surface. "I like thick paint and the idea of brush work that allows you to see it," he says. "I feel the paint is sculptural. I'm not just rendering an image. The paint gives another layer of interest." 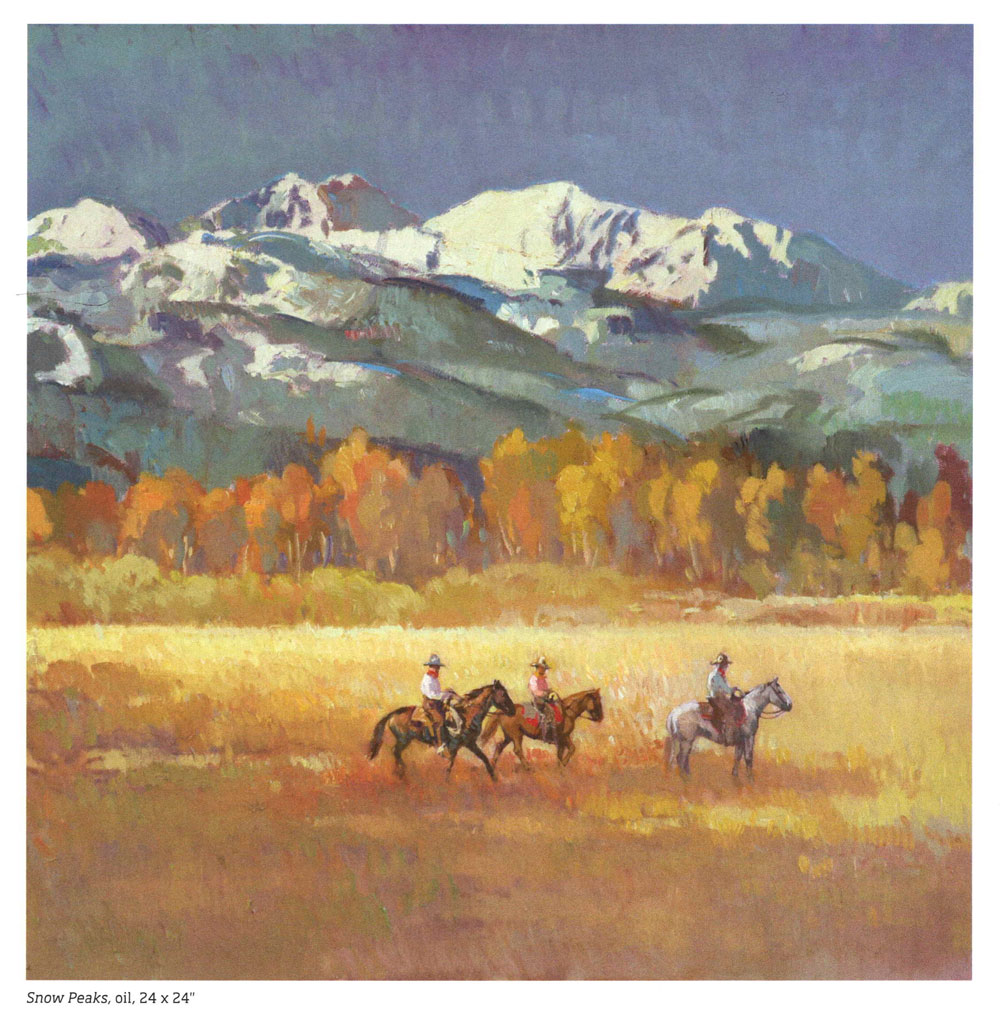