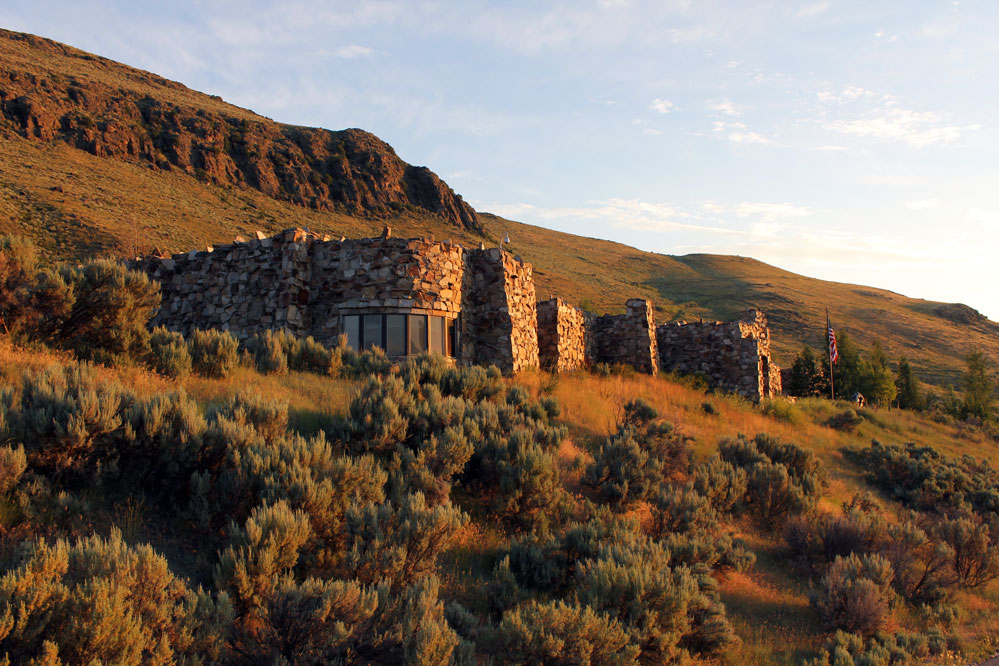 The National Museum of Wildlife Art’s “Western Visions” art show and sale has become a highlight on the Western art circuit since debuting 34 years ago. The Jackson, Wyoming-based museum has announced that the show will return to an in-person event this fall.

For the past 10 years, more often than not, John Potter (Ojibwe) has submitted a painting to “Western Visions.” He will do so again this year, the invitation to do so, he considers an honor.

“I'm a huge fan of that museum; back when I was first interested in being a full-time artist, I would go and visit that museum when it was on the square in Jackson – back in its earliest days,” Potter recalls. “I really appreciate the museum's mission to inform and educate and expose people to wildlife art and the need for wildlife conservation and the need for habitat, the need to basically think of wildlife as an essential part of our own lives, and try to do that through art.”

Now moved to the outskirts of Jackson overlooking the National Elk Refuge, the museum’s setting makes “Western Visions” a hot ticket for collectors and artists alike.

“I've always loved the landscape there, especially the kind and quality of light that you find there – it just seems to be different than anyplace else,” Potter said of the area which he considered his “bread and butter” when painting earlier in his career. “The way the morning light graces those Tetons freaks me out – I’m a huge fan!”

“It's a huge bowl, surrounded by these granite spires and peaks that are absolutely awe inspiring,” Potter explains.

He and an artist friend took the eight-mile (each way) hike into the area which features 15, 12,000-foot peaks along the Continental Divide. They camped for a week on the spot depicted in the painting, this particular scene having been observed by Potter the morning after the total solar eclipse on August 21, 2017. 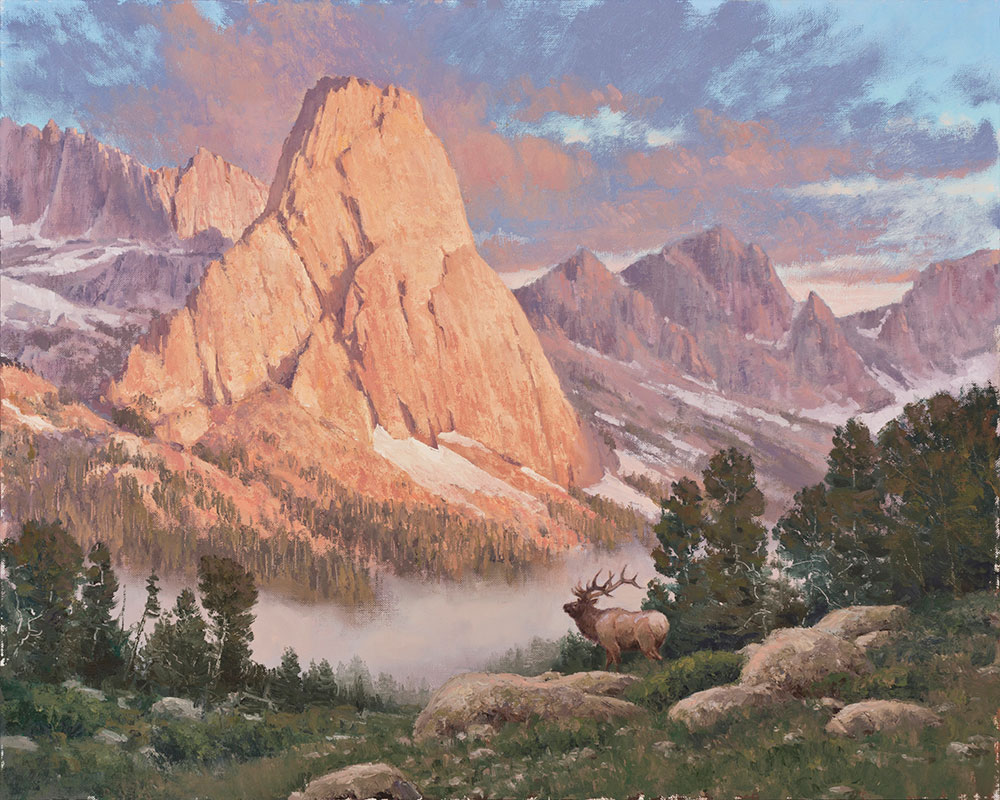 The “Western Visions” art show and sale takes place September 16 and includes an artist panel that morning followed by the evening fundraiser supporting the museum. Tickets can be purchased here. The sale, which spotlights more than 140 artists, will also be accessible online.

All paintings in this year’s show are limited to within 16″ x 20”. Potter supports this trend toward smaller works to attract a wider customer base.

“It helps collectors who are trying to figure out how to get started collecting,” Potter said. “(Smaller sizes) makes it affordable for those who are not ‘one-percenters,’ it also helps get more of our work out there. I love painting big, don’t get me wrong, I’d prefer to paint big, but I do think the smaller stuff is a great way to get people in on the ground floor.”

Potter also finds younger collectors are at least as interested in the experiences acquired while collecting art as they are the accumulation of material objects. In-person events like “Western Visions” create such experiences, and while face-to-face introductions between collectors and artists who don’t know each other can be awkward, Potter encourages doing so for both

“I’m kind of an outgoing introvert; I can be outgoing when I need to be, but for the most part, I'd rather be here with my deer and bear and moose in my yard, but going to these shows gives you an opportunity to engage personally with collectors and I think that's an important part of the job,” Potter said. “At least at this point in my career I think it's important. This way, you get to know exactly what (collectors) find about your work that appeals to them or attracts them.”