Must-see events this summer for fans of Western art

If you had all the money in the world and no other responsibilities, how would you spend your summer?

Here’s what I’d do – each weekend from Memorial Day through Labor Day. 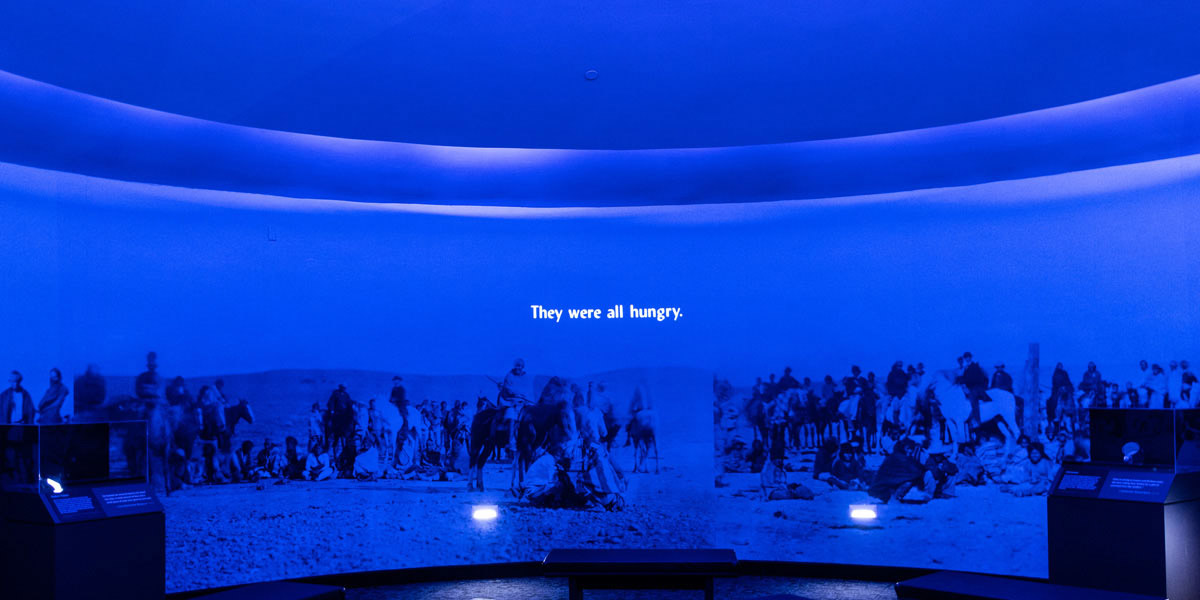 The grand opening commemoration event for the permanent interpretive exhibition “Bosque Redondo: A Place of Suffering…A Place of Survival” will feature a full day of events. Enjoy welcome speeches, music and cultural dance performances from Navajo (Diné) and Mescalero Apache (Ndé) community members, along with a complimentary barbeque lunch for the first 500 guests. 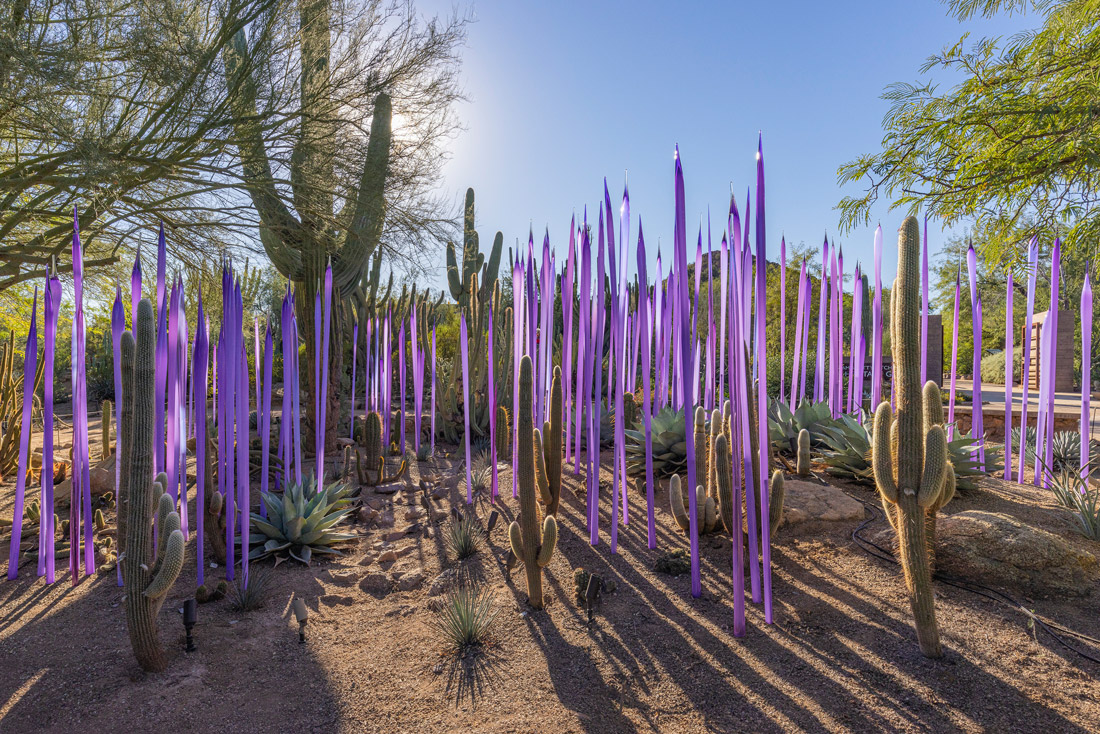 The breathtaking “Chihuly in the Desert” dual-site exhibition of Dale Chihuly glass sculpture against the Sonoran Desert backdrop closes.

“Essential West” previewed the presentation when it opened.

The Eiteljorg Indian Market and Festival returns as an in-person event for the first time since 2019. More than 140 Native artists from across the United States and Canada will be on hand to show and sell their jewelry, pottery, paintings, beadwork, weavings, carvings and more.

This year’s market weekend will be an especially meaningful celebration of Native arts. The 30th annual Eiteljorg Indian Market and Festival coincides with the grand reopening of the museum’s newly redesigned Native American Galleries, a defining capstone project in the museum’s history.

The Museum’s signature permanent exhibition, “Here, Now and Always,” debuted 25 years ago setting a new a standard for collaborating and partnering with Indigenous communities, foregrounding the voices and narratives of Native people throughout the Southwest. Continuing with that aim in mind, a renewed “Here, Now and Always” opens to the public after a complete, multi-year rework of the presentation further establishing MIAC as a world-renowned resource for understanding Native lives, arts and cultures today.

The weekend celebration will feature dances, music, refreshments, speakers and much more.

Opening weekend for Pageant of the Masters again presents a unique production unduplicated around the world. Each evening during the summer season, classic and contemporary works of art are faithfully re-created with theatrical illusion and real people posing as living pictures. Guests enjoy art that comes to life under the stars in the Pageant’s outdoor amphitheater.

The 2022 production, “Wonderful World,” sets sail in pursuit of seasonal festivities, ancient and modern, promising new surprises at every turn. Prepare to be amazed by the Pageant’s intoxicating blend of original music, storytelling and stage illusions. 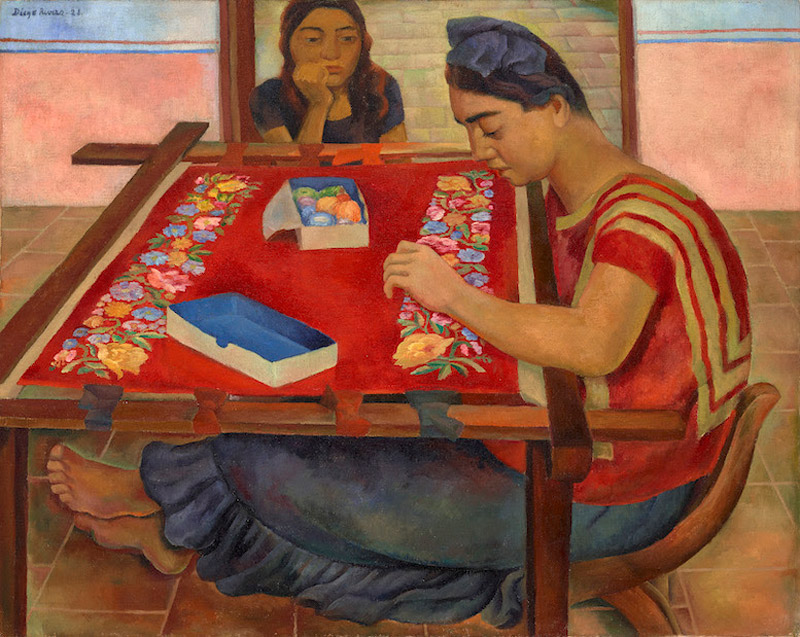 “Diego Rivera’s America,” the most in-depth examination of the artist’s work in over two decades, opens at SFMOMA. “Diego Rivera’s America” brings together more than 150 of Rivera’s paintings, frescoes and drawings—as well as three galleries devoted to large-scale film projections of highly influential murals he created in Mexico and the U.S.

Now best known as Mr. Frida Kahlo, Rivera was one of the most influential visual artists of the 20th century. The exhibition focuses on his work from the 1920s to the mid-1940s, the richest years of his prolific career. During these two key decades, Rivera created a new vision for North America, informed by his travels in Mexico and the United States.

The Grand Sierra Resort serves as the host for one of the most prestigious annual auctions of historic and contemporary Western art. 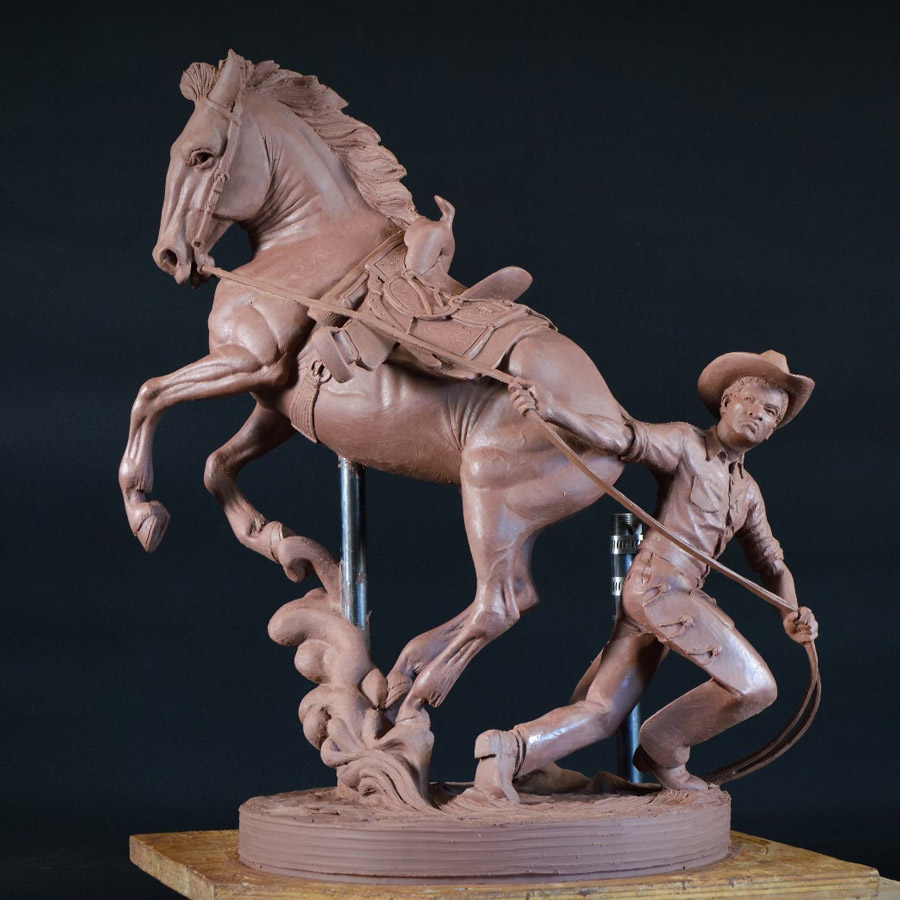 Most art lovers are never able to visit an artist in the studio. Those are private spaces; invitations a cherished experience to meet the artist and understand the steps which bring their work to fruition.

LaQuincey Reed’s residency at the Skirvin Hilton Hotel has the contemporary sculptor moved in lock, stock and barrel with a studio space open for the public to visit on property. Clay molds, armatures, scrapped attempts that didn’t work out, fully realized pieces and all the various tools of the trade are there for guests to inspect with the personable Reed serving as your guide.

Reed’s Black cowboy sculptures are a needed breath of fresh air to the Western art genre and have placed him on the precipice of breakthrough success. 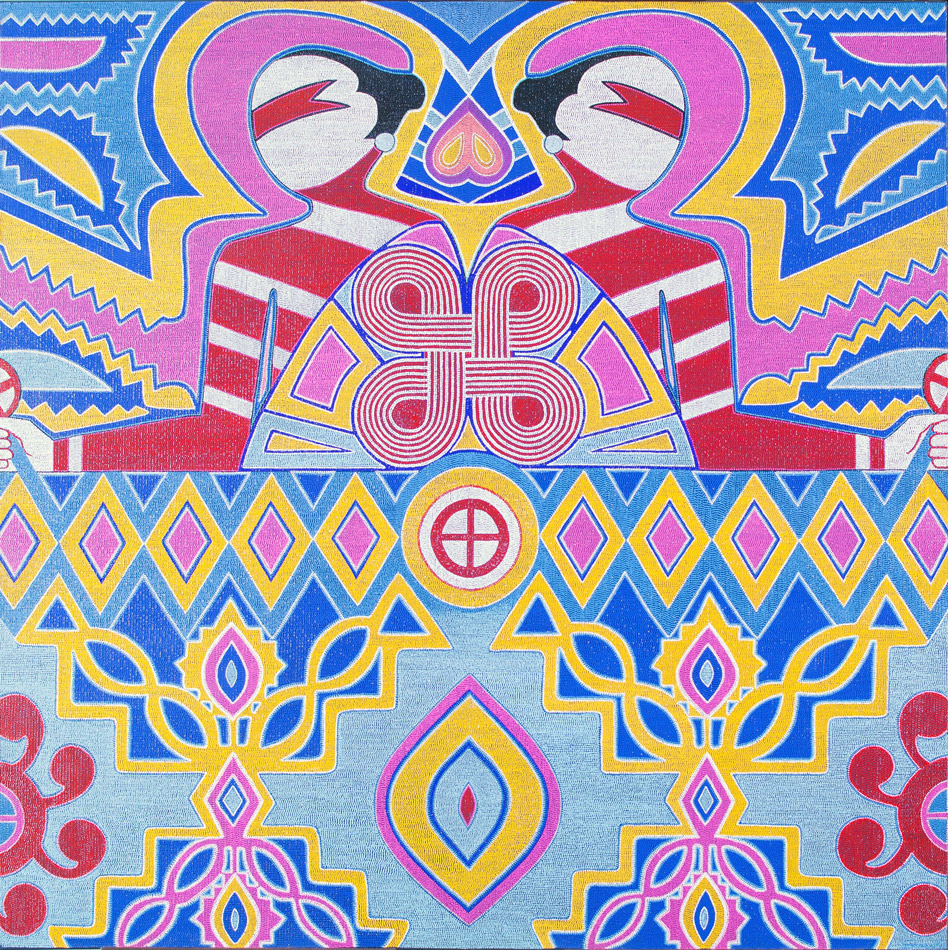 Closing weekend for “Spirit Lodge: Mississippian Art from Spiro,” the first major exhibition dedicated to the art and culture of Mississippian peoples which brought together nearly 200 ancient and contemporary works. 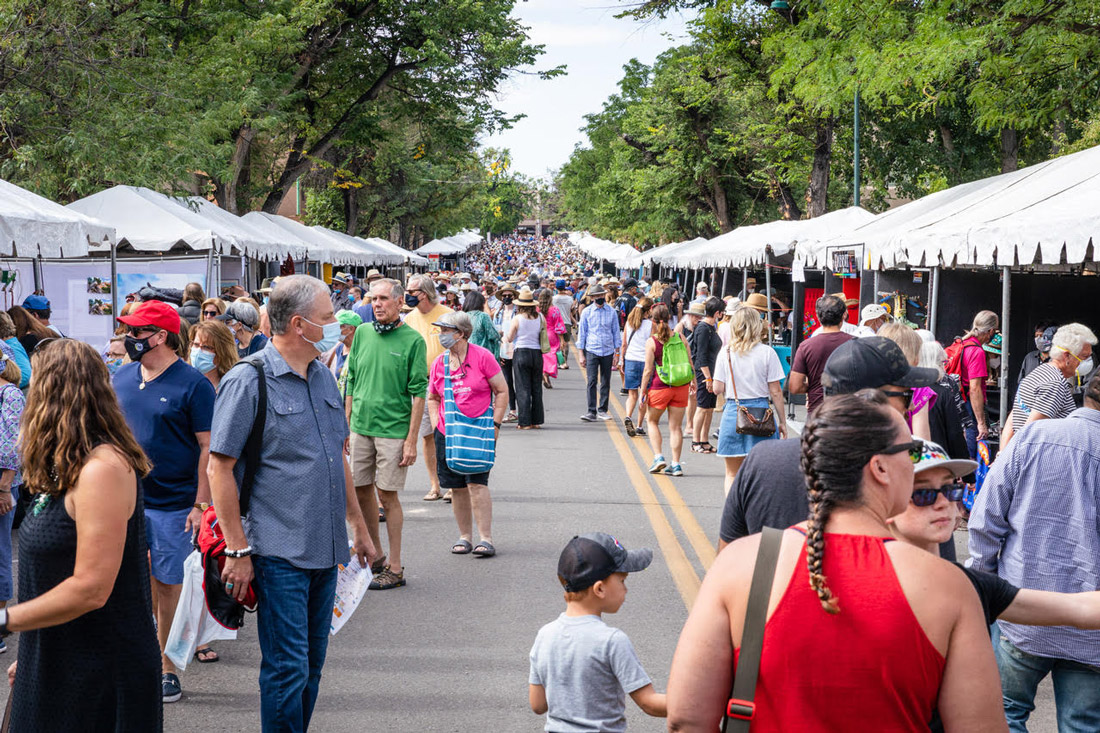 The grandaddy of them all – the largest, oldest and most prestigious Indian art markets is the Santa Fe Indian Market hosted by the Southwestern Association for Indian Arts. The 100th edition of the SWAIA Indian Art Market, known simply as “Market” in the Native American art world, takes place on Saturday, August 20 and Sunday, August 21, 2022.

Originally focused on the Indigenous art of the Southwest, the market has expanded its reach over the years to include Indigenous artists from all regions of the United States and Canada. Hundreds of artist booths are located around the Plaza in downtown Santa Fe with performances and satellite events taking place across town.

Contemporary visual art, poetry and song come together during the exhibition “Articles of a Treaty” closing this weekend. Between April 29, 1868, and November 6, 1868, one hundred fifty-eight representatives of the Oceti Sakowin Confederacy signed the 1868 Fort Laramie Treaty for which the presentation takes inspiration. Oceti Sakowin [oh-CHEH-tee SHAW-koh-we] means “Seven Council Fires” and refers collectively to the Lakota, Dakota and Nakota people.

The conference held at Fort Laramie in present day Wyoming resulted in a treaty between the U.S government and the Sioux. This treaty was to bring peace between the whites and the Sioux who agreed to settle within the Black Hills reservation in the Dakota Territory in exchange for the United States recognizing the Black Hills as part of the Great Sioux Reservation, set aside for exclusive use by the Sioux people.

In 1874, however, General George A. Custer led an expedition into the Black Hills accompanied by miners who were seeking gold. Once gold was found in the Black Hills, miners were soon moving into the Sioux hunting grounds and demanding protection from the United States Army.

In 1876, Custer, leading an army detachment, encountered the encampment of Sioux and Cheyenne at the Little Bighorn River. Custer's detachment was annihilated, but the United States would continue its battle against the Sioux in the Black Hills until the government confiscated the land in 1877.

To this day, ownership of the Black Hills remains the subject of a legal dispute between the U.S. government and the Sioux.

The closing weekend for an exhibition of Wendy Red Star (Apsáalooke) coincides with an ongoing exhibition of Michael Naranjo (Santa Clara Pueblo) sculpture that visitors are encouraged to touch!

Naranjo grew up in Taos where his mother, the legendary potter Rose Naranjo, encouraged his interest in sculpting. During his service in the Vietnam War, Michael lost his eyesight and the use of his right hand to a grenade blast.

Working with clay during his convalescence rekindled his passion for sculpting and eventually led him to a career as a sculptor. Though totally blind and unable to perceive light, Naranjo sculpts by sense of touch with his left hand.