You can learn a lot from an artist.

Sure, the artistic life of freedom, risk and inspiration appears completely separate from the 9-to-5, workaday existence of most collectors. Their unapproachable talent and our reverence for it tends to make them seem likewise unapproachable.

While some artists do exist on totally different planes of existence – it’s doubtful many people ever found Andy Warhol particularly relatable – most are more like the rest of us than we think.

Take Stephen Datz for instance. During a recent conversation in advance of his upcoming show of new work at Medicine Man Gallery, Datz shared a variety of life lessons learned throughout a 25-year painting career that are equally suitable to any schoolteacher or accountant. 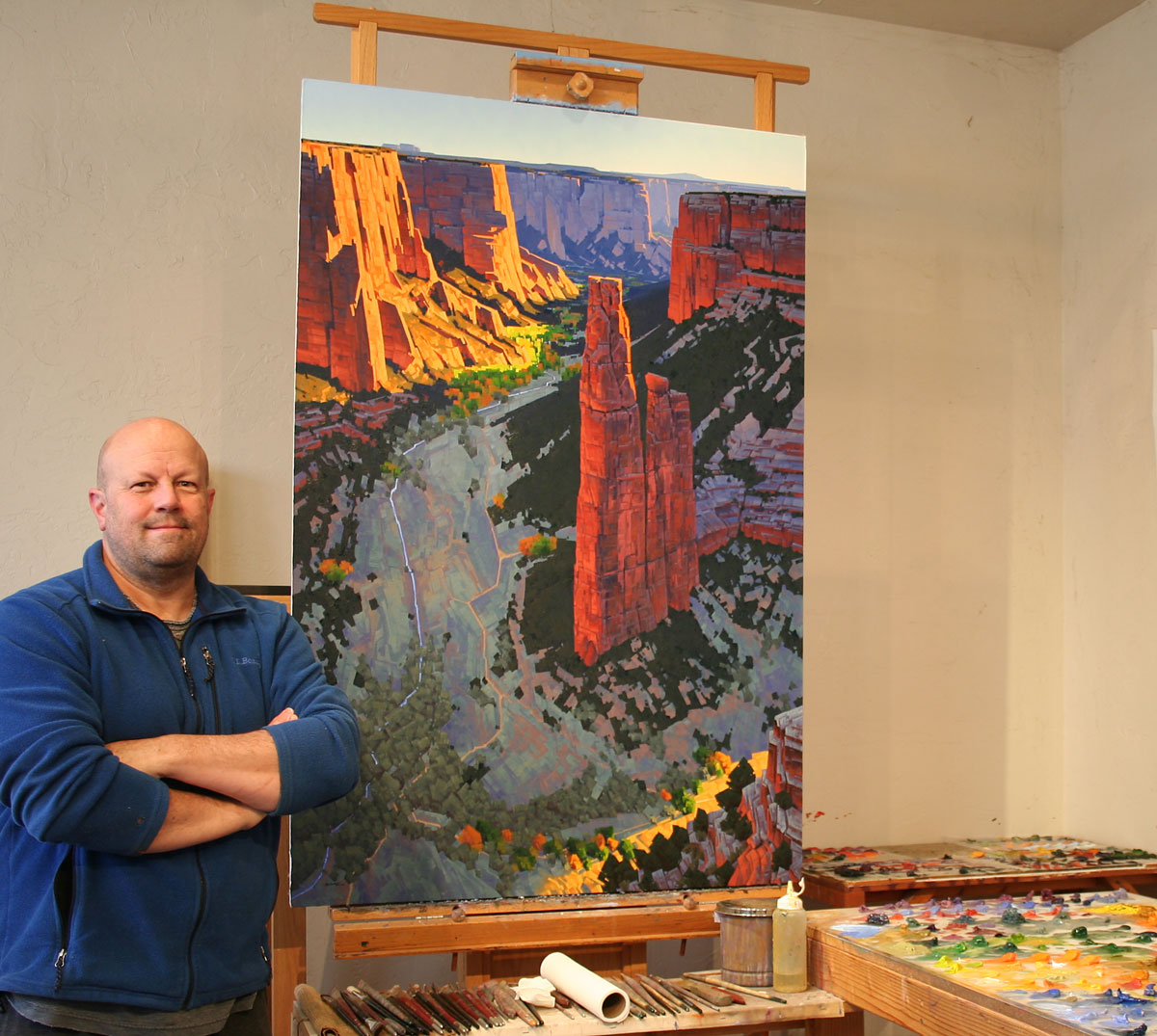 LESSON #1 – Harder than it Looks

A myth has become popularized that artworks are the result of sudden “divine” inspiration. Stories are told about artists not controlling their own hands while some mysterious influence from another plane of consciousness uses their body as a conduit to express itself.

Masterpieces as the result of moments.

This does happen, but far more typical are artworks resulting from countless hours of determined effort. Even when the lightning bolts of creativity arrive resulting in speedy completion of brilliant artwork, years of practice and preparation allow for that transition.

“Some paintings paint themselves, others are trench warfare,” Datz said on an episode of “Art Dealer Diaries.”

When the going does get tough, Datz has the discipline to mine his personal reserve of dogged determination, a characteristic not typically associated with creatives.

“I don't know that I would say I'm particularly competitive, but at the same time, there's a resolve that heartens as the challenge increases. It's like, ‘nope, I'm not gonna’ let this thing beat me; I will emerge victorious,’” he said. “This is going to be cool if I can just get through the hard part.”

Hundreds of cliches belabor persistence for a reason.

“You have to develop a certain sense of almost faith in yourself that if you just give it enough time, give a painting enough time and enough careful attention (it will ultimately succeed),” Datz said. “There can be back and forth, you might scrape something off, you might stop working on it for a little while and try to get a fresh start on it with fresh eyes, but typically, I like to stick with it until the bitter end.”

“As much as I like a good result, I am not in it strictly for a result,” Datz said. “I always set out to paint a good painting, to paint something that's engaging and that captures my impressions of a subject and my feelings about it, but the process of doing the painting is really, in my mind, more important.”

Results – be they a beautiful painting, business deal, top test score, league championship or even a successful relationship – don’t just happen. They are the result of process. Of productive behaviors and actions supporting the goal, the result.

University of Alabama football coach Nick Saban – the most successful coach in the game’s history – is famous for his stressing of “the process.” The process involves his players committing their extraordinary natural talent to a rigorous daily focus on weight training, nutrition, practice and film study. The outcome of each game becomes almost a foregone conclusion when the process is followed explicitly.

“If you're not paying attention to the process and you don't know yourself – if you haven't learned about your own thought processes and your own habits and your preferences – it's hard to be true to yourself in your work,” Datz cautions. “You might see something somebody else did and go, ‘I love that,’ and then for the next week, you're off chasing that rainbow. That's always a futile pursuit.”

“With smaller paintings, the timespan we're talking about is hours rather than days, so it's fairly easy to keep going and to keep pursuing the process to see where it takes you,” he said. “With larger paintings, It's a much different proposition. I'm not inherently a very patient person. That's one of the reasons I love painting small, you go out, you get a painting or two a day, and it's great. You get to chase an idea for a few hours and it either works or it doesn't.”

Big paintings – like big projects in any professional field – at some point, invariably, become daunting.

“With larger paintings, you’ve got a real investment there. The stakes are higher,” Datz said. “There's always a point in every big one where – and this is going to sound silly – but I just go, ‘I’m so freakin’ bored! I'm so tired of wrestling with giant piles of paint and nitpicking just the right colors and making sure that I don't get lost in the frittering details!’ it's a real struggle sometimes.”

Typically, it’s during the middle of those projects where the greatest difficulties are faced.

“The first 10 to 15% of the painting is a ton of fun. A big canvas, you dive in there and you get the big brush out and you're (thinking) this is going to be great, it's going to be an awesome idea,” Datz said. “The next 80% is just a soul grinding ordeal. You're just like, “OK, I gotta’ keep going, I have to keep going.’ It's a death march.”

“The final 10% of it, when you know either it's going work or it's not, that's kind of where the excitement comes back,” Datz said. “Or the dread.”

LESSON #4 – You Either Win or You Learn

No one wins all the time. Every painting isn’t great. Every sale isn’t closed. Every fight isn’t won.

Professional mixed martial artists routinely use the mantra, “you either win or you lose,” as comfort following defeat. A loss can prove a necessary part of the process on the way to greater success if it can be learned from. In that way, defeat is ultimately beneficial.

“I've known artists in my career that get frustrated with a canvas and an hour in they’re just like, ‘screw this,’ and they scrape it. That’s a bad idea. Even if it doesn't work out, save it because you learn from those failures,” Datz suggests.

What does he do with a “failed” painting?

“It goes in a pile in the studio with 1,000 other field studies or 1,000 other drawings,” he said. “Every so often I go back through my piles and when I see things, I go, ‘oh, yeah, that's what I was (trying to do), I remember the lesson of this painting now.’ There's a lot of value in the failures because as frustrating as they are, they really teach you a lot about your own limitations. And they teach you a lot about your process.”

If you let them.

“A painting doesn't just fail by itself,” Datz says, “It has to have some human help.”

What does Datz do when that happens to him?

“You can go back and sort of take a look at things and say, ‘here's where I went wrong with this one.’” he said. “Sometimes it helps you catch habitual mistakes, mistakes you don't even know you're making. Then you look at 10 different paintings that all went wrong for the same reason.”

You can learn a lot from an artist. 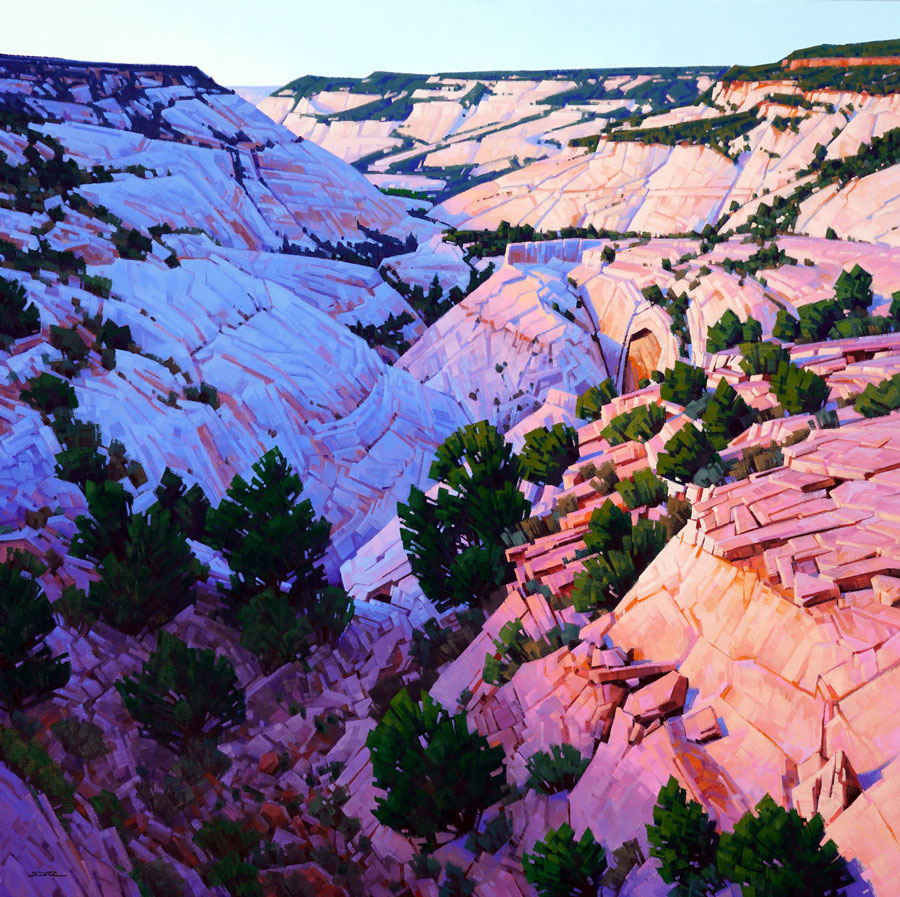