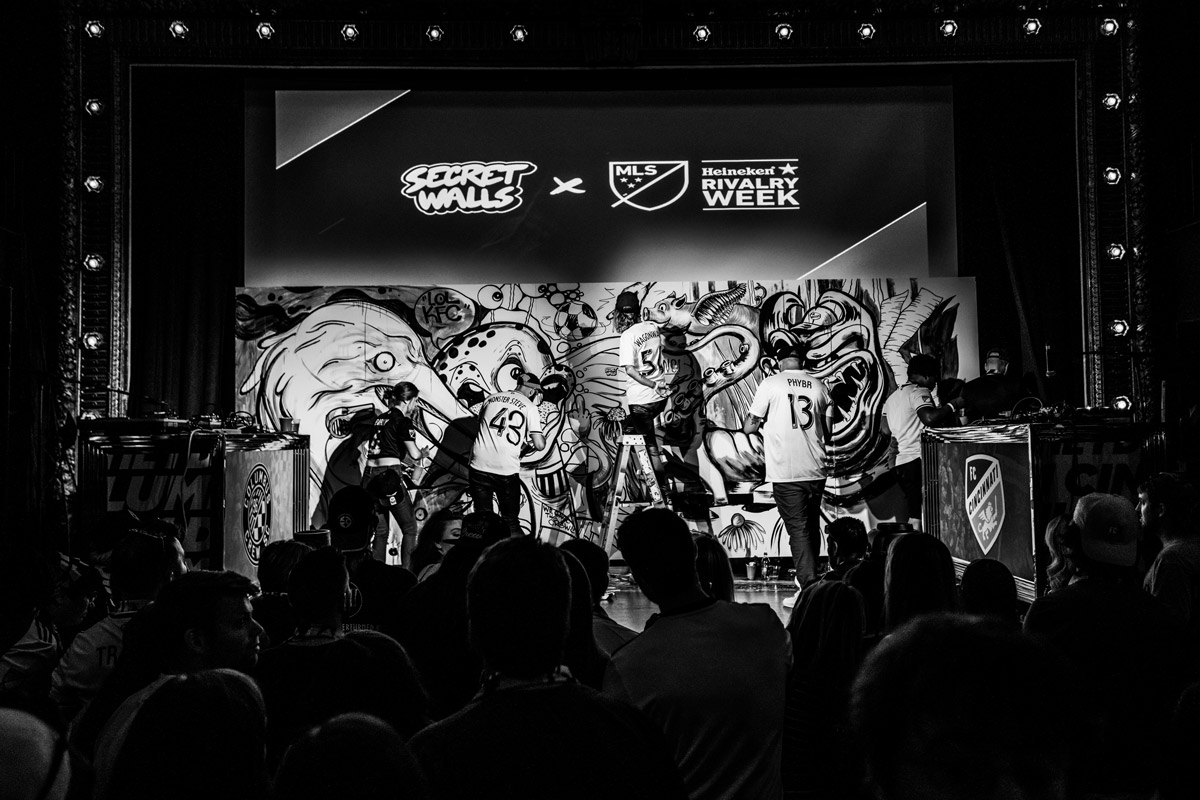 Think of it as a visual rap battle. Doubles tennis meets painting.

Support Your Local Artist North American Tour pits teams of two against each other in front of a blank 10-by-8-foot canvas and a raucous live crowd. Ninety minutes count down on a clock during which time each pair of artists must create an original, spontaneous composition using only markers, paint brushes, paint rollers and spray paint – all black. Two guest judges and a decibel reader to determine the crowd favorite select the winning side.

The idea comes from Terry Guy, founder of Secret Walls, the L.A. based live arts entertainment company organizing the tour. After university in his home country of England around the year 2000, Guy attended a “b-boy” breakdancing party. Graffiti ringed the “arena.” Being from the country, he’d only previously seen graffiti in American movies. This was pre-Banksy, street art was still underground, museums and galleries mostly ignored the medium.

An idea was sparked to synthesize the two. In 2006, East London, the first of what would become more than 2,000 “art battles” in over 50 countries was held.

The 2022 tour kicks off on August 13 in Tempe, AZ, beginning an ambitious 30-stop schedule which will cover 15,000 miles across the U.S. and Canada with a heavy emphasis across the West. Pomona, CA, Oakland, Seattle, Portland, Salt Lake City, Denver, four stops in Texas. That’s all before the month ends. 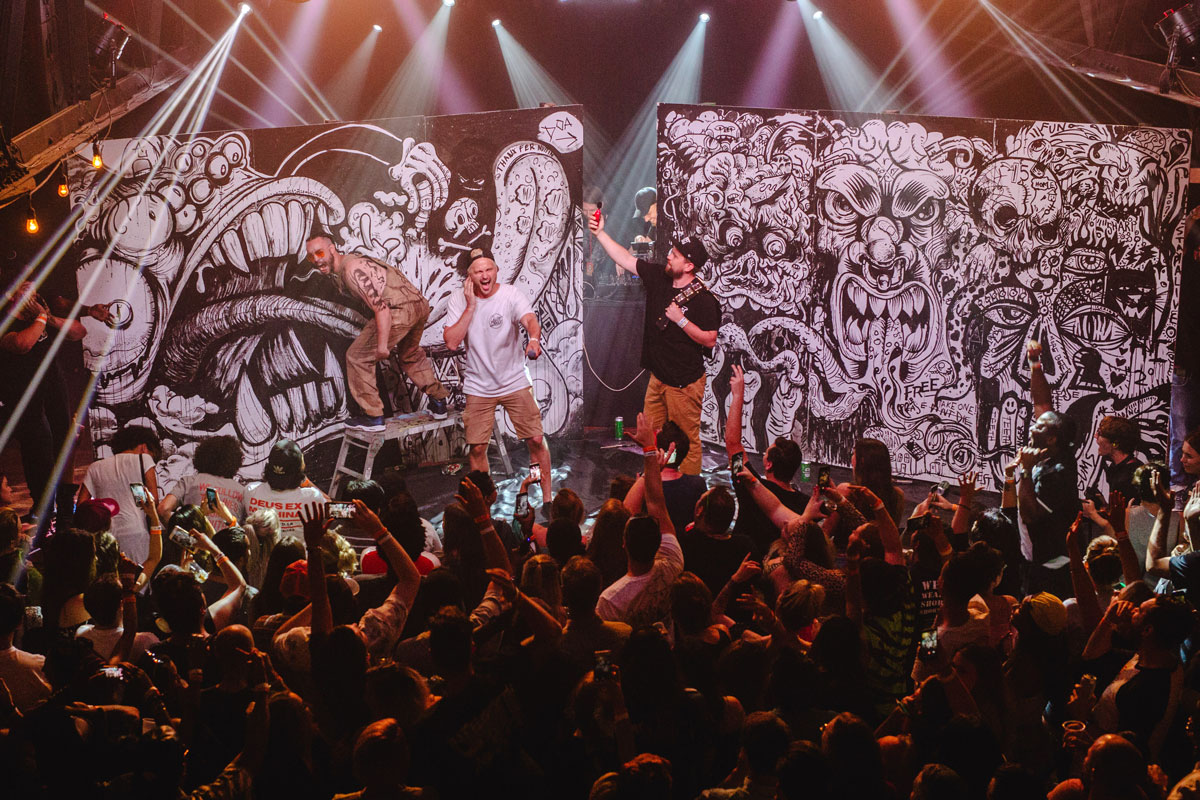 In each city, competing local artists have been found through Instagram, word of mouth and an online application process. Typically, the randomly teamed artists don’t know each other and are only informed about their pairing a few days before the event date. Pre-planning is kept to a minimum, creative spontaneity favored.

“(Artists) technically get a little bit of time to figure out a plan, but as I as I've been to a thousand of these things, I know that the plan always goes out the window once they get on stage,” Guy explains. “It changes in real time and some of the best battles – we call them battles because it's very sports inspired – are where they visually go for each other. You can paint whatever picture you want, you could just do your thing, create a character or an abstract piece, but some of the best pieces that I feel resonate with the crowd will be clever with the messaging and maybe taking the mickey out (making fun) of the other side in certain discreet visual ways.”

Artists are paid a flat fee for participating – win or lose – and finished artworks are donated to local charities and organizations.

Capitalizing on graffiti and street art’s status as the most popular form of visual art in the world and pairing it with a raw, underground attitude reminiscent of punk rock, Support Your Local Artist North American Tour presents a rare opportunity to see art being made. How many people have ever seen an artist work, under the stress of a timer, in front of a cheering crowd?

Art. Community. Competition. Fun. Music. Energy. Make a day of it and support your local artist. 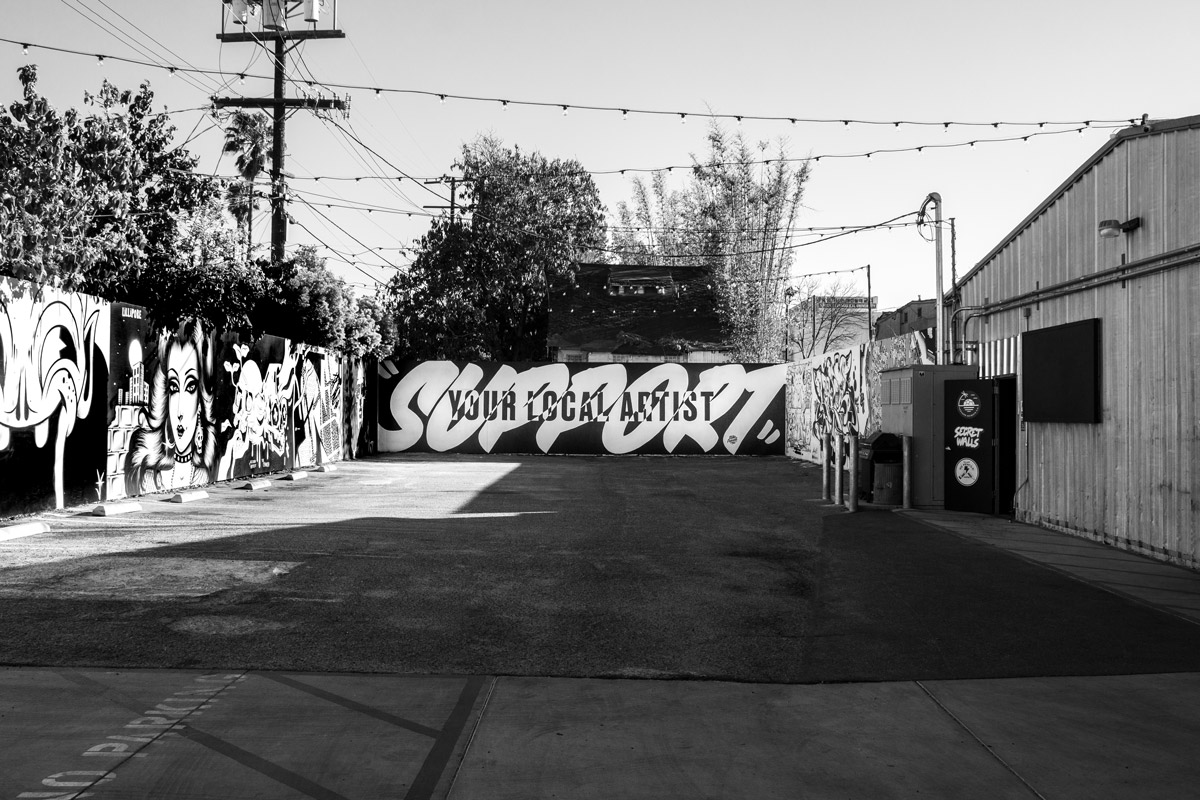