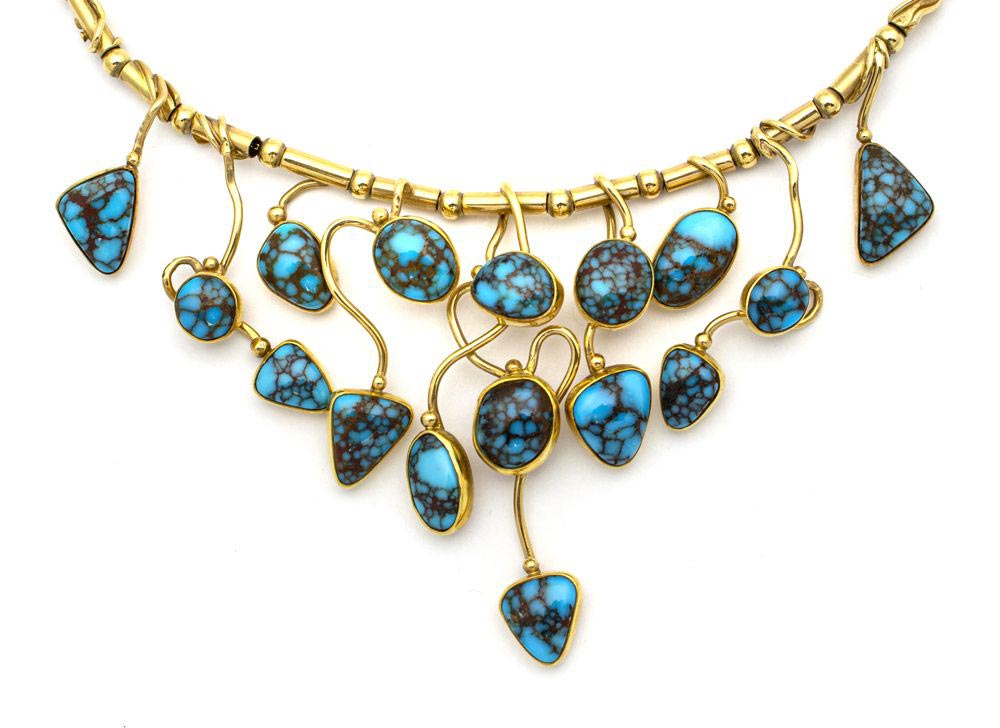 It’s the most American of stories, and yet it starts in Messina, Italy. It begins in 1905, when 6-year-old Frank Patania Sr., likely barely tall enough to see over a workbench, was apprenticed to a goldsmith. Toiling away on mundane and likely grueling work, Patania had suddenly found his calling in life. By the 1960s, he had become one of the most prominent jewelers in the West.

His passion for jewelry continued with his son, Frank Jr., and his grandson, Sam Patania, who is now the head of a century-old legacy of fine Southwestern jewelry. “It all took off with the Thunderbird Shop, right there in the Santa Fe Plaza,” Sam says of his grandfather’s famous store and gallery. “But it really began in Italy. From there, my grandfather and his family went through Sicily and eventually came through Ellis Island. He worked in New York City for a bit but eventually got tuberculosis. He was sent out West to recover but he fell in love with it and never went back.”

Frank Sr. was in his 20s at this point, and had already amassed considerable experience in New York City working for prominent jewelry companies. “During his early years in New York he was disappointed at being unable to find a job in his apprenticed trade. Child Labor Laws of the time were the primary reason for the lack of work. While looking for work, Frank Sr. attended school learning English and finally obtaining work as a machinist. Shortly after [World War I] he finally landed a job in his chosen field, getting hired at the age of 19 as a jewelry designer for the New York firm of Goldsmith, Stern & Company,” Sam writes on his jewelry website. “Little, specifically, is known of Frank Sr.’s six years with Goldsmith, Stern & Co., but conclusions may be drawn by looking at the company as a whole during that period. The firm, established in the late 1880s, was by 1919 the largest jewelry factory in New York and claimed to be one of the largest in the world. They produced one of the most extensive and varied lines of jewelry of the era, and boasted a large diamond cutting facility as well. Obviously, working for a company such as this would have afforded Frank Sr. an extensive knowledge of then-current jewelry trends, including Edwardian and fine jewelry, Egyptian revival, and American and European Arts and Crafts. This interest in and awareness of current trends in jewelry would continue throughout his life.”

In Santa Fe, Frank Sr. started the Thunderbird Shop in 1927. He was one of the first to bring gold- and platinumsmithing to Santa Fe. He also was known for hiring Native American craftsmen, training them and nurturing their careers. Santa Fe was already a regional hub for arts and culture, and by the 1940s, it also became the playground for some of America’s most brilliant scientists, many of whom were working on the Manhattan Project in nearby Los Alamos.

“Santa Fe was the center of everything at that time, and my grandparents were quite social. They would get out and meet the artists, sculptors, poets, authors. It was such a small community that everyone knew each other,” Sam says. “My grandfather had [J. Robert] Oppenheimer and [Enrico] Fermi come into the shop, and my great aunt had her own table at La Fonda that would bring everyone together, people of all kinds. It was the golden age of art and culture.” 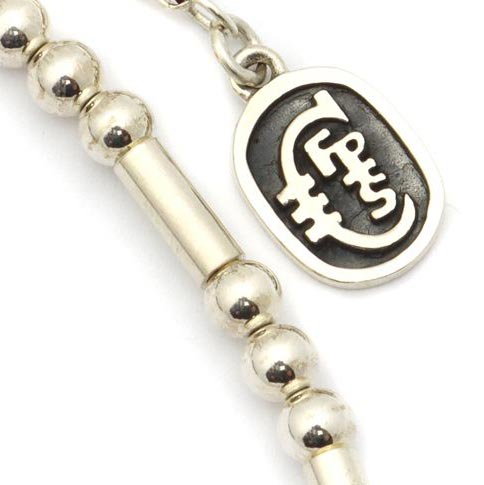 Frank Sr. died in 1964. At the time of his death his Thunderbird Shop was a cultural force in Santa Fe, he had a second location in Tucson and he was credited for creating the “Thunderbird style” of jewelry. By then Frank Jr., Sam’s father, was heavily involved in jewelry after joining his father in 1956, and the legacy would continue.

“By the time Frank Jr. joined the shop full time, the climate towards crafts had undergone a major change. Postwar America witnessed an explosion in the development of architecture, industrial design, and the handcrafts. For the first time in decades, craft was enjoying a newfound appreciation, much of which was due to en masse support of craftsmen through universities and crafts schools. An indication of the health of the contemporary jewelry movement can be seen in the surge of important exhibitions during the 40s and 50s. The Museum of Modern Art in NYC took an important step by promoting the first major exhibition of contemporary jewelry in 1946. Magazines like Design Quarterly and Craft Horizon (now American Craft) devoted full sections to design and contemporary jewelry,” Sam writes. “By the 1950s, a number of people were making contemporary jewelry on a professional scale. That same year, the American Craft council held its first conference, attended by over 450 craftsmen and women from 30 states. During the three-day conference they addressed many concerns of the young craftsman, including: 1) the craftsmen’s relationship to society in economics and social aesthetics; 2) design importance as it related to techniques; and 3) problems in professional practices in the small business. While many young craftsmen in the United States were just addressing these issues for the first time, the Thunderbird Shop of Tucson and Santa Fe had already found resolution in regards to these problems and had implemented them into a system that allowed the creativity of the shop to flourish while maintaining financial success.”

It was just prior to Frank Sr.’s death that Frank Jr. began making his own name for himself. Starting in the late 1950s, Frank Jr. saw success in the shop, but also personally with awards at the Arizona State Fair and his inclusion in the prestigious Young Americans 1962 exhibition, sponsored by the Museum of Contemporary Crafts. Also in 1962, he was also included in the first annual survey of modern American jewelry by Craft Horizon magazine. He was also mentoring the next great Patania, his son Sam.

Today Frank Jr. is largely retired, but Sam is still working and recognized, like his father and grandfather before him, as a leading jewelry artist throughout the Southwest. All three Patanias have works in the Smithsonian. The Thunderbird Shop closed in 1990 and transitioned to the Patania Collection, which is available on Sam’s website and in galleries such as Mark Sublette Medicine Man Gallery in Tucson. Sam is also working with Sublette on his own jewelry line expected this fall.

For more information on the Patania family, visit www.spatania.com.