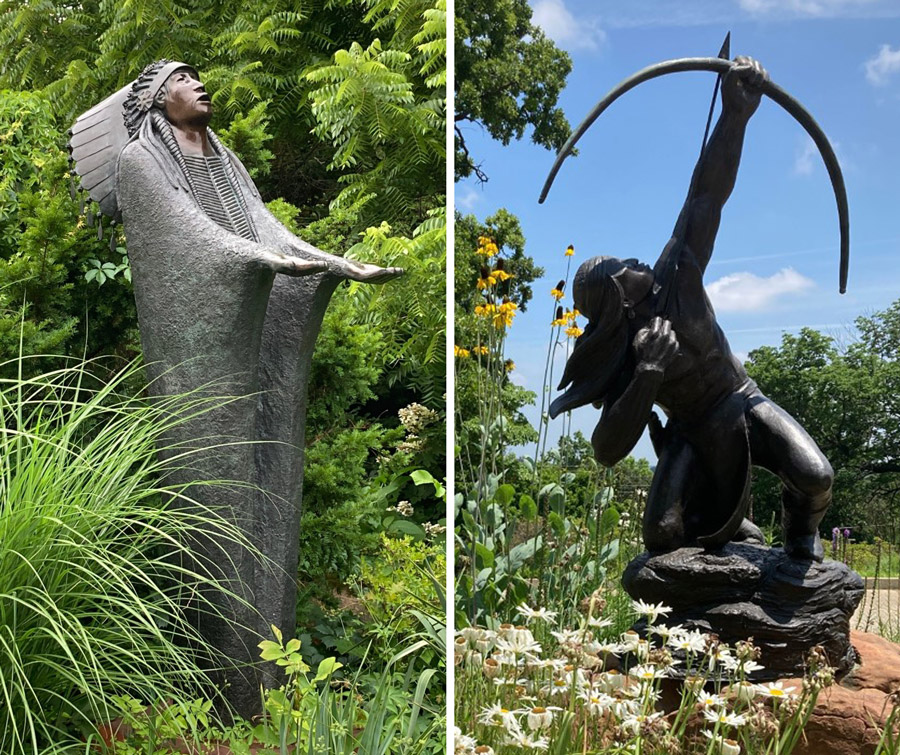 The riches of old oil and gas money have provided Tulsa with numerous amenities beyond what’s typical for a city of 400,000 residents. Two of the best are its art museums: The Philbrook Museum of Arts and the Gilcrease Museum. Their collections and programming would be esteemed in cities 10 times this size.

A pair of sculptures, along with their location, unite the institutions. A pair of paintings highlight them.

Allan Houser (Chiricahua Apache, 1914-1994) casts a long shadow over Western and Native art. In his early 20s, he received his first solo show of watercolor paintings at the New Mexico Museum. Not long after, his paintings would be exhibited widely – Chicago, San Francisco, New York, Washington, D.C. Remember, this was the 1930s, an incredible honor today, almost unimaginable then for an indigenous artist.

Sculpture, however, was where Houser would make his greatest impact. A Guggenheim Fellowship, an original faculty member at the Institute of America Indian Arts in Santa Fe, honored as the first Native American to receive the National Medal of the Arts. Houser holds a spot on any short list of most significant Native artists.

Both evidence his genius for infusing sculpture with his cultural background, sharing icons of that culture widely with those outside it.

The Philbrook’s Houser looks skyward from the museum’s fabulous backyard gardens. The Gilcrease Houser also aims skyward, taking pride of place directly outside and in front of the entrance. Prayer requires a search. Sacred Rain Arrow can’t be missed.

Both are wonderfully incorporated into their surroundings with native plant landscaping. 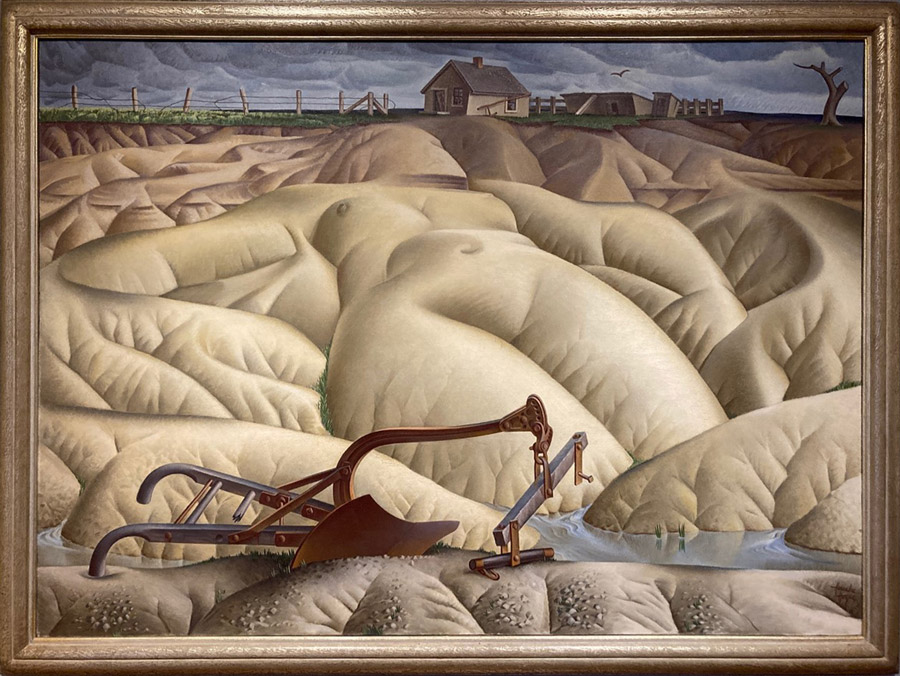 Alexandre Hogue’s (American, 1898-1994) name doesn’t readily slip off the tongue of most art aficionados. His career exists several layers below the level of Houser’s fame.

Hogue painted Erosion No. 2 – Mother Earth Laid Bare, 1936 long before any sort of widespread environmental movement was present in America. The painting offers a searing criticism of the nation’s unsustainable farming practices which resulted in the Dust Bowl, the Great Plains landscape here, near Dallas, desiccated and destroyed. Mother Earth laid bare, on her deathbed, shrouded and tilled. Decades before words like “sustainability” or “biodiversity” entered the everyday lexicon.

Speaking as presciently as it does to our current state of global ecological collapse, this painting and artist will surely gain in stature and recognition among American art history. Manmade ecological ruin was a common theme for Hogue, making him one of the first artists anywhere to address the topic.

This is not painting. This is spiritual communion with Apsáalooke ancestors expressed in paint. This is a vision. The past. The future. Something very real that never actually was.

This is a conjuring. There’s medicine here.

What is any American art museum, particularly any Western or contemporary art museum emphasizing painting, doing without a Biss (Apsáalooke – Crow – 1947-1998) artwork in its permanent collection? An argument could be made for him as the greatest colorist of the 20th century. Look at the pinks in this picture. Regard the paint handling. No one before or since has “pushed paint” like Biss.

American art museums should be putting his work next to Frankenthaler, Willem de Kooning, Basquiat, Warhol and seeing what happens. Pair him with the century’s other great colorist – Matisse – show them side by side and admire the fireworks.

Biss’ technical gifts and innovations, however, are not what drive the power of his paintings. That comes from his spiritual connectedness to the long arch of his culture, and how he channeled those generations from beyond our earthly confines through his body and onto the canvas. 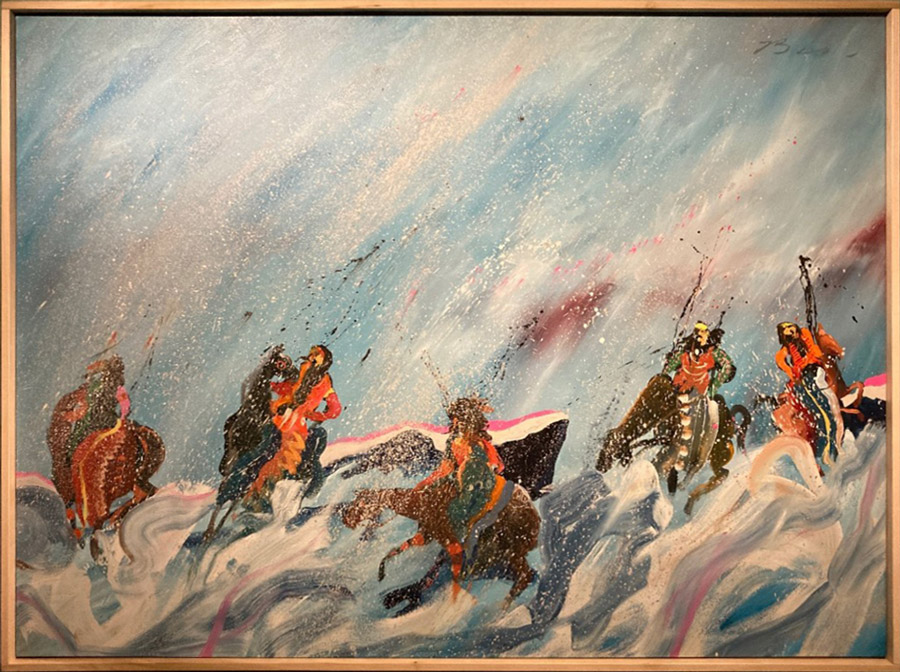