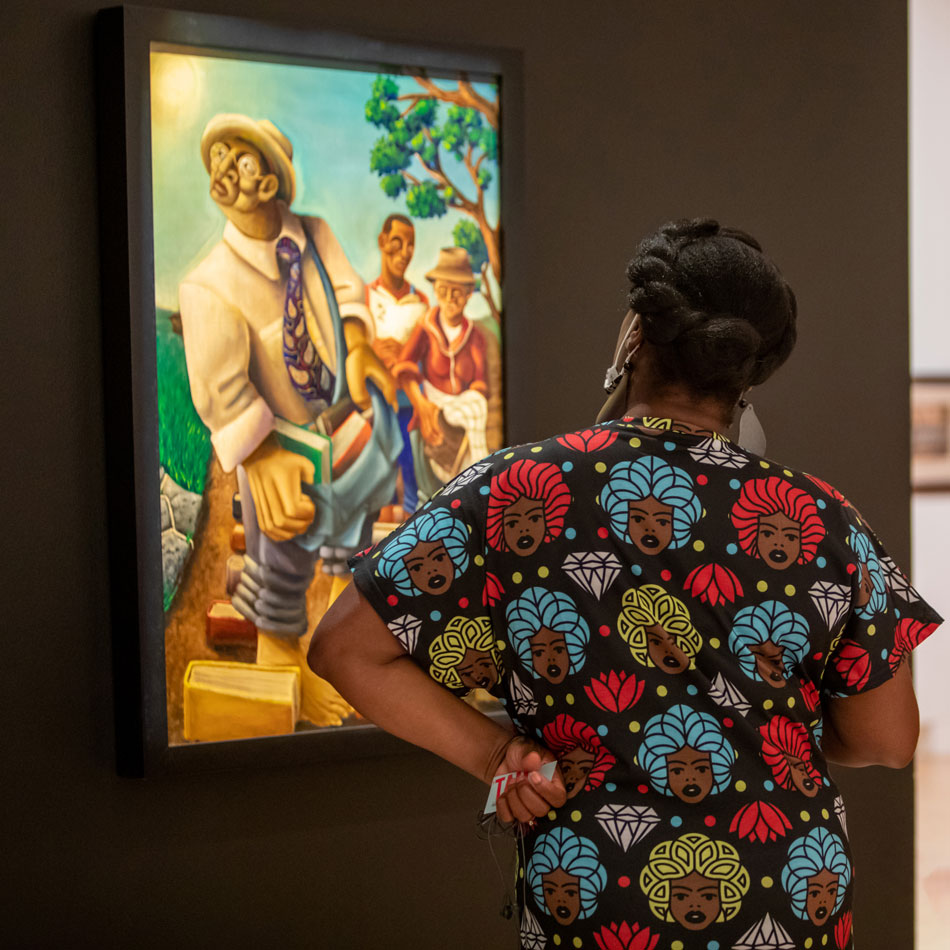 Black History rarely features in America’s Western History. The Louisiana Purchase, Manifest Destiny, the Transcontinental Railroad, cattle drives, sod busters. Black faces are mostly absent from these stories. Not because they weren’t there. Black cowboys, doctors, farmers, artists and others from all walks of life played integral roles shaping the West’s history.

They’ve been written out.

The Tacoma Art Museum is working to correct that omission and using the Kinsey African American Art & History Collection to do so. The CollectionConsidered one of the most comprehensive surveys of African American history and culture outside the Smithsonian Institution, the exhibition has toured 30 cities in the U.S. and internationally from Hong Kong to EPCOT Center at Disneyworld in Orlando, but this marks its first presentation in the Pacific Northwest.

The objects were amassed by Shirley and Bernard Kinsey during their five decades of marriage. A businessman and entrepreneur from Florida who met Shirley during Civil Rights protesting at Florida A&M University in 1963, Bernard Kinsey rose to become a vice president at Xerox. The couple settled in Los Angeles. Bernard left his Xerox job to help found and lead Rebuild LA, a revitalization program focused on bringing economic development to areas destroyed by the 1992 L.A. race riots sparked in the wake of Rodney King’s savage assault and the hands of L.A. police officers and their subsequent acquittal of charges.

Both of their lives, in uncountable ways, have been given to advancing African American people, communities and history.

“He is fascinated with the documents and objects and she loves the artworks and artists, and they thoughtfully combine their interests when deciding what to acquire,” Margaret Bullock, Tacoma Art Museum Chief Curator, Curator of Collections and Special Exhibitions, said of the couple and their collecting. “The two categories work particularly well together in this exhibition because the Kinseys are sharing an erased story and it ranges across history, cultural and scientific contributions, literature and fine art—every dimension.”

All original, primary source objects and on view in the show.

“To really understand the scope of what has not been told and convey it through an exhibition requires a broad variety of work,” Bullock added.

More than 150 remarkable objects are on view in the show including some that have never been publicly exhibited before.

"The Kinsey Collection strives to give our ancestors a voice, a name, and a personality, enabling the viewer to understand the challenges, obstacles, triumphs, accomplishments, and extraordinary sacrifice of African Americans in building this country,” Bernard Kinsey said.

Of particular interest to art lovers will be the exceptionally scarce 19th century paintings from Black artists on view here.

“Nineteenth century paintings by Black artists are rare in the market and museums, but why,” Bullock asks, knowing the answer. “The more art historians, curators and collectors look, the more they find. They’re out there and as you can see (in the show), plenty talented. They have just not received the same attention as white artists.”

Earning a living as an artist has never been easy, regardless of race. Adding to that fact the difficulty of life in 19th century America as a Black person makes it all the more astonishing these earliest works were created and preserved.

“Many artists in that period made a living off things like portraiture or commercial illustration and pursued other types of work in their spare time or through the support of family money, a wealthy patron, or devoted collector,” Bullock added. “As now, who you trained with, who mentored you, where you went to school, all mattered greatly. If you’re denied access to those places and patrons, how do you succeed in that environment enough to leave a legacy that survives?” 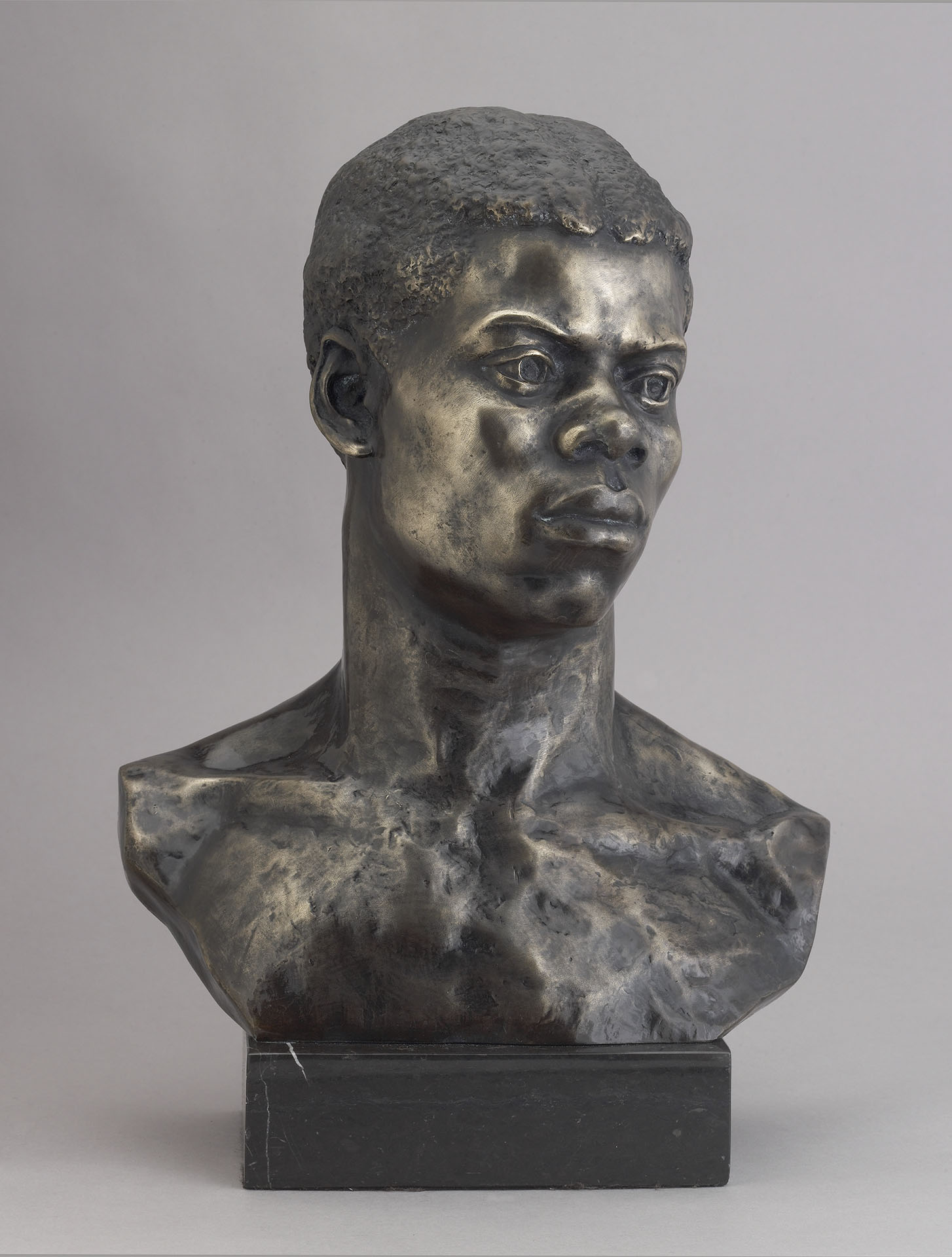 What of the absence of Black faces from America’s Western history?

“This exhibition shines a light on that and how much work is still needed to restore that information,” Bullock said. “It has challenged us to redouble our efforts to learn more and share more when talking about the West through TAM’s collection.”

New discoveries await and some are being made as a result of this exhibition. Bernard and Shirley’s son, Khalil Kinsey, serves as General Manager and Chief Curator for the collection and exhibitions. Along with co-curator Larry Earl, the two have been researching Black history in the area, making new connections, finding new stories.

“Just a few days before we opened, they connected with someone who informed them of a Seattle connection to Senator Hiram Rhodes Revels of Mississippi (the first Black person to serve in the U.S. Senate),” Bullock said. “I know there will be others.”

The Kinsey Collection will be on view at TAM through November 28, 2021.