Kenneth Begay's unique perspective, sleek designs, and skill set place him as one of the most important silversmiths during the 1950-70s.

Arizona's fledgling statehood was barely a year old, and  Native Americans wouldn't have the right to vote for another eleven years when Kenneth Begay was born in a hogan in rural Steamboat Canyon in Eastern Arizona.  The wide-vista Colorado Plateau lined with rows of red- yellow sandstone buttes was where the fledging silversmith learned his craft at the Fort Wingate Indian School. His mentor was the famous silversmith Fred Peshlakai who had begun teaching at the school in 1931.  Fred and his younger brother Frank were the sons of one the earliest and most recognized silversmiths, Slender Maker of Silver, who started producing jewelry in the 1870s.

Peshlakai was one of the first silversmiths to start signing his work using a small Hogan design hallmark, which he used before 1934-35. He ultimately sold his hallmark to Kenneth Begay, and the mark would become the emblem for the White Hogan. The hogan stamp was patented in 1983 and was first in use around 1948.

Fred was an interesting person in his own right. In the twenties, he worked as an actor, cowboy, and even exhibited at the 1934 Chicago World's Fair.  He worked for numerous Indian shops in Phoenix, including Skiles and Vaughn's, before running his shop in Los Angeles in the 1940s and Cedar City, Utah, in 1950.

Peshlakai was known for his elaborate yet clean jewelry style with modern designs and the highest quality stones. Preferring Lone Mountain Turquoise, he signed his work FP, often using an arrow through the initials. His early 1940s work was simply stamped FP. Kenneth Begay followed Peshlakai's unique eye and masterful craftsmanship to help shape his artistic muscle, which would be considered the cutting-edge jewelry of the 1950s and '60s.

Like any good silversmith, Begay paid his dues. He started as a blacksmith, and from that humble beginning, learned to make his tools, stamps, and dies, a critically important skill set if you want to excel at silversmithing.   He went to school to increase his breadth of knowledge; learning from one of the best silversmiths, he transitioned to demonstrate silversmithing at national parks, including the Grand Canyon, Zion National Monument, and Bryce Canyon.  Kenneth Begay settled in Flagstaff in 1937, married, and began working for the Babbitt Brothers, a well-known early Arizona merchant family. 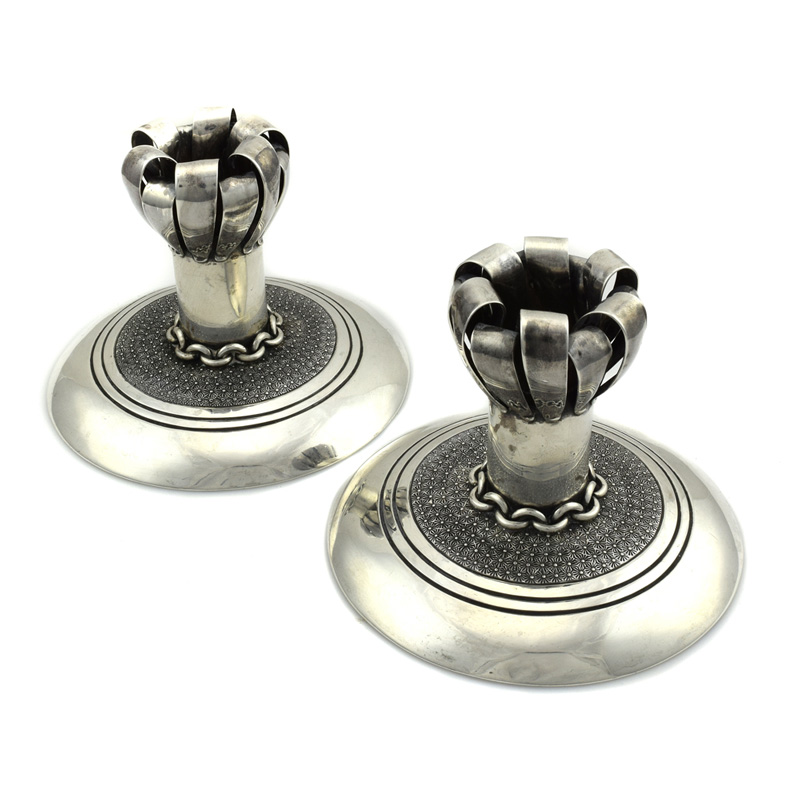 At this phase in his life, Begay was making traditional jewelry. Over the next nine years, he would gain enough experience to open his store with Allen Kee, his cousin and an excellent silversmith, and John and Virginia Bonnell.

Bonnell moved to Arizona in 1936 and managed Fred Wilson's Indian Trading Post in Phoenix. Along with his bench Navajo silversmiths, he began the iconic White Hogan store, using the hallmark that Kenneth Begay had purchased from Fred Peshlakai.  The White Hogan's slogan was "Home of the World's Most Distinctive Indian Silver," a moniker well deserved.  The White Hogan silversmiths dominated the Gallup Inter-Tribal Ceremonial starting in 1950, and in 1956 set a single division record of 98 ribbons.  Kenneth won 1st place in 1950 at the Inter-Tribal Ceremonial in Gallup and the Arizona State fair, letting the Indian jewelry collecting community know in no uncertain terms that he had arrived.

The White Hogan was unique not only for their distinctive modern designs but also the way they approached business, paying higher wages to the bench silversmiths, which included profit sharing.  Kenneth Begay was at the forefront of innovation, drawing hundreds of jewelry mockups as a reference during his tenure at the White Hogan. He would construct elegant minimalistic unique jewelry designs, tableware, decorative plates, and even one of a kind letter openers.

A unique piece would be stamped with its signature KB White Hogan symbol and the words "Hand Made."

During this time frame, Kenneth Begay signed his work KB, or KB in a serrated box, which would also have the White Hogan hallmark.  One of his well-known jewelry forms was to incorporate Arizona iron-wood starting around 1952 into various pieces ranging from clip-on ties, bolos, earrings, and bracelets, to dinnerware.

Not only did Kenneth Begay produce jewelry at the White Hogan, but his brother Johnny Mike Begay, known for his railroad bracelet design, and Kenneth's son Harvey Begay also created masterful pieces. Harvey worked from age 14-18 as a bench silversmith at the White Hogan. Harvey Begay used traditional motifs, combining them with modern designs in gold and silver using the best turquoise and became a celebrated jewelry artist in his own right. Allen Kee, a master silversmith and Begay's partner brought on his two brothers Ivan and George, whose work was elegant and highly sought after by collectors. 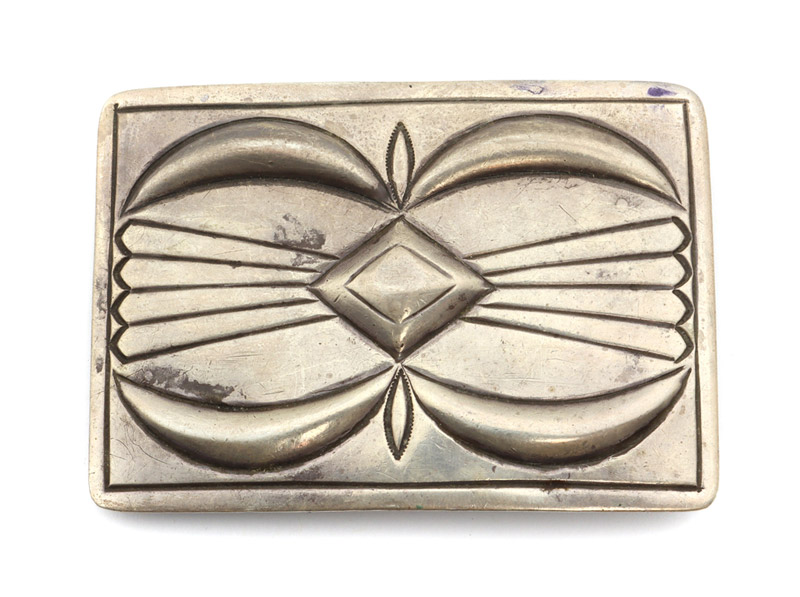 Kenneth Begay moved on from the White Hogan in Phoenix in 1964 to manage the Cameron branch of the Navajo Arts and Crafts Guild in Northern Arizona. In 1969 he left running the Guild to become the first jewelry instructor for Navajo Community College in Many Farms, Arizona.  Begay retired in 1972 from the college and moved back to his boyhood home in Steamboat Canyon, working until his death in 1977. Art Historian Dexter Cirillo coined Kenneth Begay, "The Father of Navajo Jewelry," and felt Begay revolutionized Native jewelry by reducing "the design to a single element."

In 2000 Kenneth Begay received a posthumous Lifetime Achievement Award from SWAIA, an honor well deserved.   His jewelry is in the permanent collection of the Smithsonian, Los Angeles County Museum of Art, DeYoung Museum, and the American Museum of Natural History, to name just a few.

Kenneth Begay's jewelry for multiple cast pieces such as earrings and smaller pieces can start around $250, a great bracelet can easily bring $9500, and one of his uniquely designed platters up to $30,000. 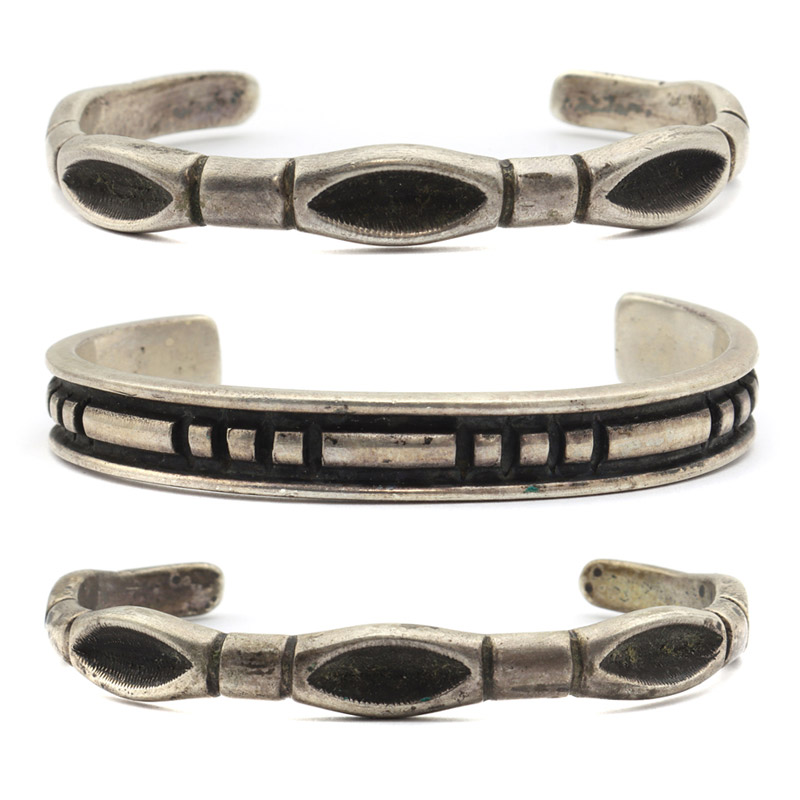