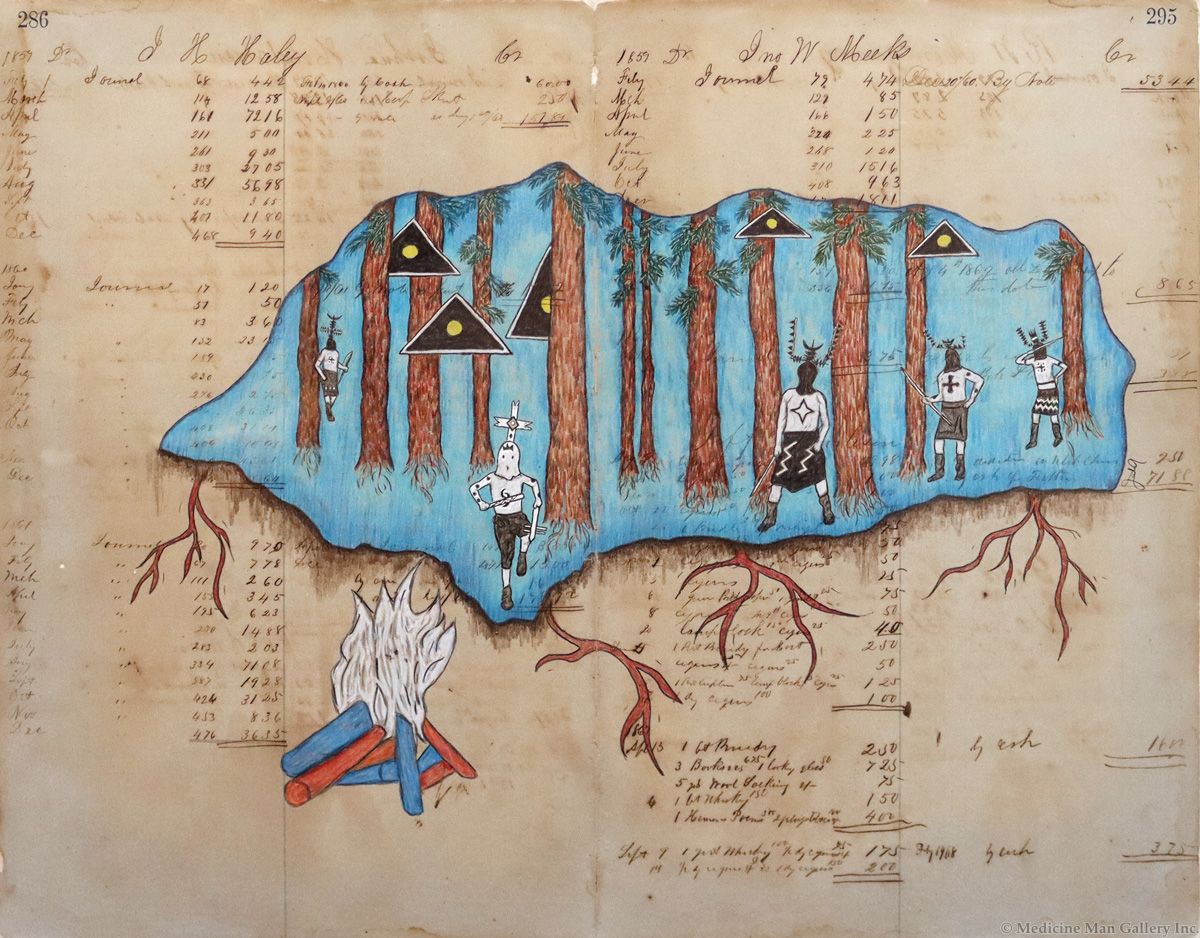 Indigenous women and girls in the United States are 10-times more likely to be murdered than those of all other ethnicities.

Murder is the third leading cause of death for Indigenous women in the U.S. For white women, it’s not in the top 10.

More than 80% of Indigenous women have experienced violence.

All the statistics in the world, however, aren’t as powerful as one personal experience.

For artist Julie Arriola (Mescalero/Mayo; b. 1952), that personal experience came through an aunt who disappeared in the 70s. Her mother’s younger sister. Arriola’s aunt was never found and the family assumes she has passed.

In recent years, Arriola’s attention has been drawn to MMIW USA (Missing and Murdered Indigenous Women), a registered 501c3 nonprofit working to return missing Indigenous women home, help the families of those missing or murdered cope with their grief, and raise awareness regarding this overlooked epidemic.

“One of the things that I’ve always wanted to do is figure out how I could support them,” Arriola said. “I thought about (Medicine Man Gallery) and thought (they could help with this) and money could go to MMIW.”

Arriola and Medicine Man Gallery have designated select works from her new show of which 25% of the purchase price will be donated directly to the MMIW USA. 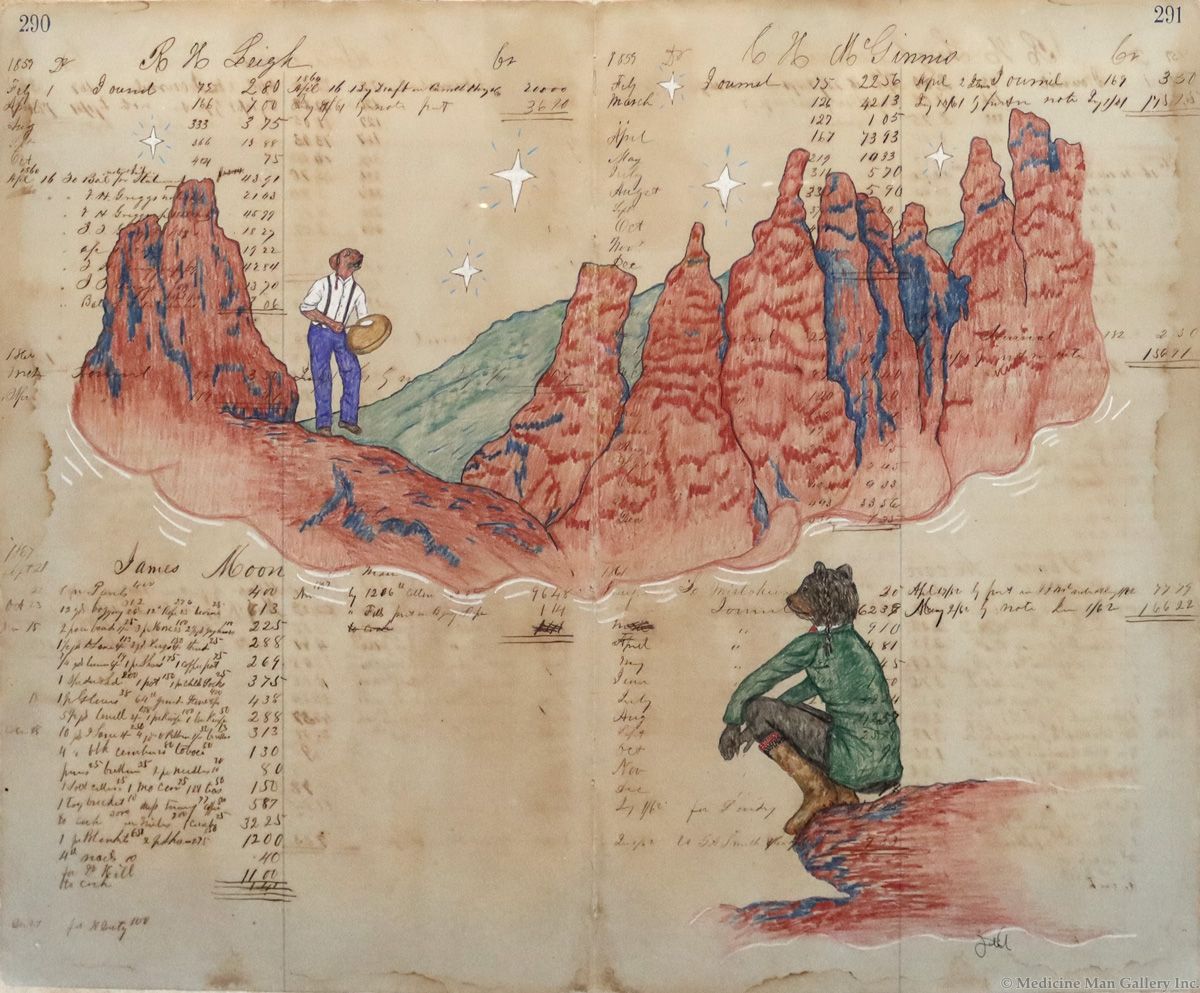 Previously, Arriola has created artworks addressing the missing and murdered Indigenous women crisis, but she generally donated that work, not being comfortable profiting from it. The new pieces at Medicine Man Gallery from which the donations will be made are not MMIW-related, they are a continuation of her interest in Steampunk-inspired ledger drawing.

To those outside the Indigenous community, the obvious initial question regarding MMIW is, “why does this happen so frequently?”

“I don’t think we’re valued that much,” Arriola said. “Not seen. It seems like we’re either targeted or invisible. I’ve always felt that way.”

Considering the nation’s historic disregard and abuse of Black and brown people generally, Natives in particular, and women across all ethnicities on top of that, Arriola’s comment lands. To that, add the number of Indigenous people coming out of the foster care system and their higher incidents of poverty, both of which exacerbate crime rates. Many of these crimes occur in remote areas. Jurisdictional squabbles between state, local, federal and tribal law enforcement derail investigations.

Moreso even than raising money, Arriola hopes her partnership with the gallery in supporting MMIW USA raises awareness.

“I will put out a piece and say it’s for MMIW and (people) will say, ‘oh yeah, I forgot about that,’” Arriola said. “It’s so easy to forget for some reason.”

Easy to forget likely because of the same cause Arriola cited for the problem to begin with.

Groups like MMIW USA, however, are working daily to bring this conversation to the forefront. The MMIW movement has adopted the symbol of a red hand over the mouth. It stands for all the missing “sisters” whose voices are not heard. It stands for the silence of the media and law enforcement in the midst of this crisis. Across social media, the hashtag #NoMoreStolenSisters shares this message.

Better training for law enforcement about how to respond to and investigate violence against Indigenous women, state and federal legislation offering greater protection for Indigenous women, training women and girls to be more vigilant and protect themselves, highlighting the issue in the media, all of these and more are strategies being undertaken by the MMIW support groups to confront this ongoing national tragedy.

The links in this article provide more resources to better understand this subject. 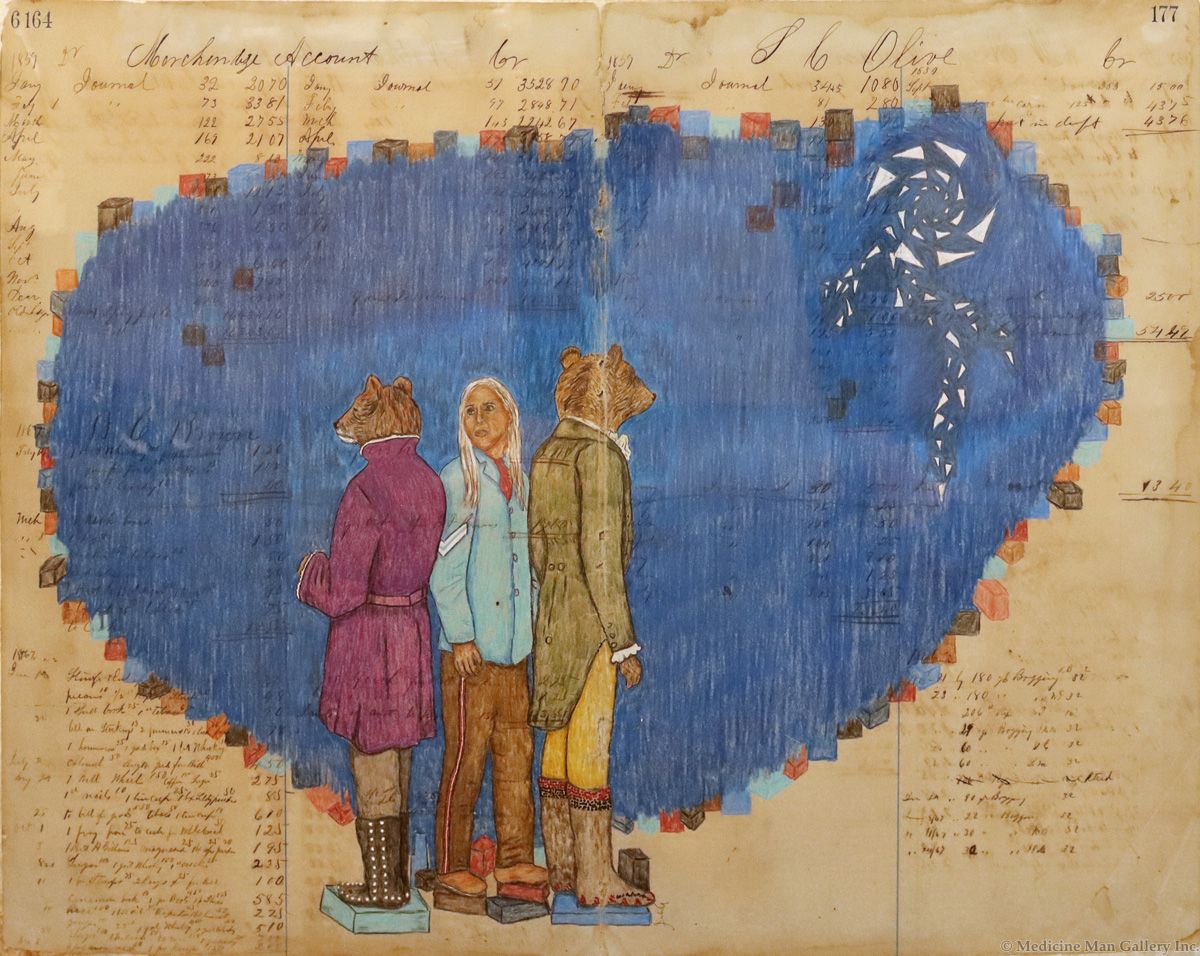